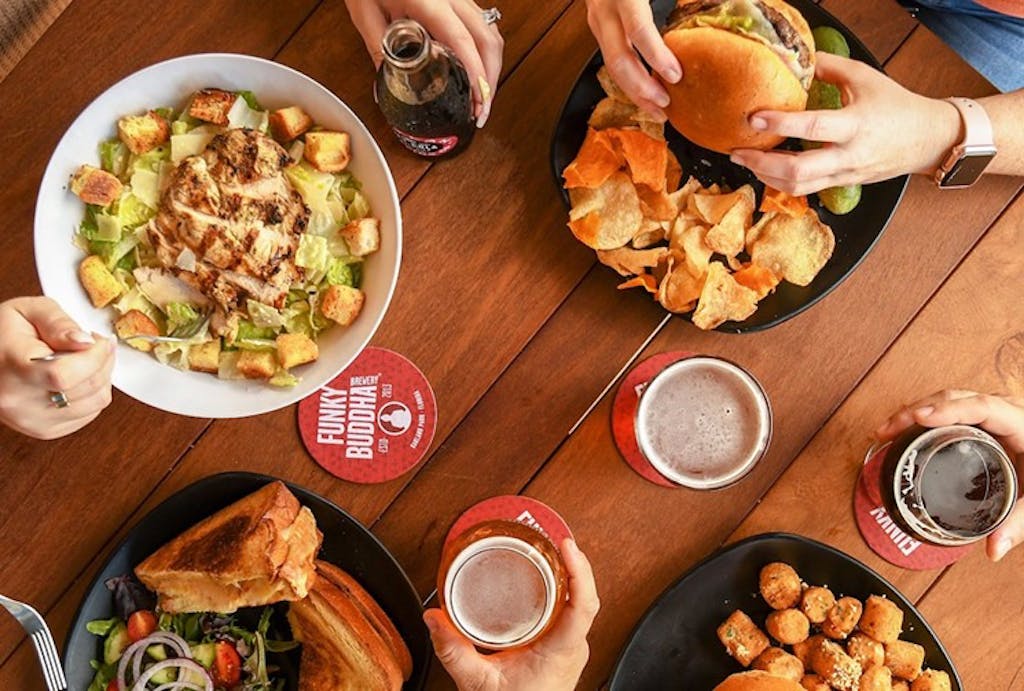 Food and craft beer in South Florida is not a new combination. Brewpubs like Big Bear in Coral Springs and Hollywood Brewing on the city’s boardwalk have long served food alongside their suds. The slew of breweries to open in the past several years, however, have largely relied on food trucks for fare.

Today, a number of full-service breweries are offering a broad menu of eats along with their craft beers — and many are equipped with a full kitchen.

It’s no surprise that Oakland Park-based Funky Buddha Brewery would offer a menu that’s the edible equal of its food-forward beers. In 2015, the South Florida brewery launched Craft Food Counter & Kitchen, a fast-casual restaurant inside the production brewery taproom, allowing patrons the option of pairing their brew with from-scratch pub fare. Beer lovers can begin their happy hour with sharable dishes like a giant pretzel made with spent grain from the brew house and served with a spicy, whole-grain brown ale mustard. Other beer-friendly eats range from maple and coffee-candied bacon and chicken wings doused in Buffalo sauce. Still hungry? Larger dishes include a house-made bratwurst braised in Funky Buddha’s own “Hop Gun” IPA and served with cabbage kraut and sautéed onions, and the “Brewer’s Board,” cured meats and cheeses presented with house-pickled seasonal vegetables. Open Monday through Thursday 11:30 a.m. to 10 p.m., Friday and Saturday 11:30 a.m. to 11 p.m., and Sunday 11:30 a.m. to 9 p.m.