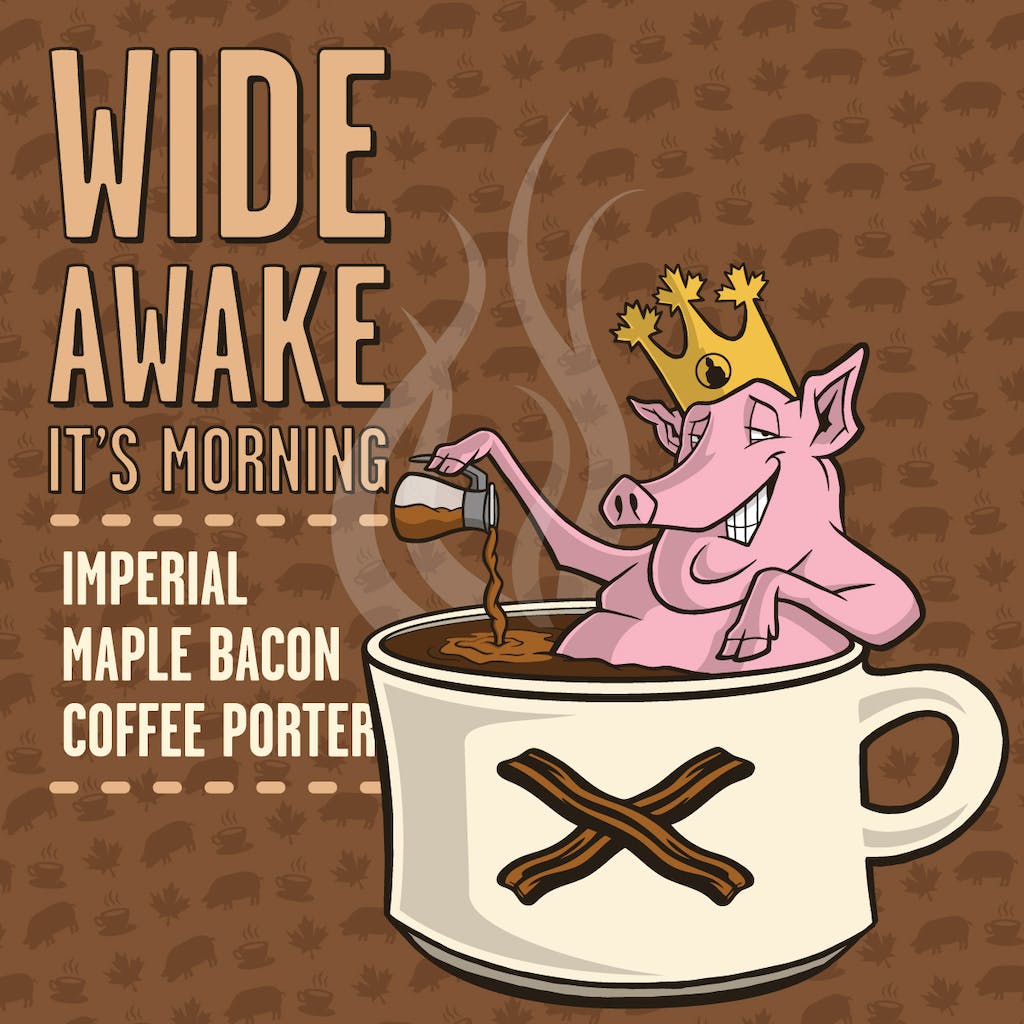 Evoking a complete diner-style breakfast in a glass, Wide Awake It’s Morning is a complex beer with a multitude of flavors at play. This imperial version of our infamous Maple Bacon Coffee Porter adds some girthy gravity to the the smokey, salty, rich combo of maple syrup, fresh roasted coffee, and bacon. A hefty eight grain malt bill which includes carafa & chocolate malts as well as flaked oats contributes a distinct, round mouth feel and an elevated ABV of ten percent. This highly sought after Buddha beer also dominated the RateBeer’s Best Awards for the year 2016 by winning a gold medal in the Best Beers Imperial Porter category and being nominated in the Top 100 Beers in The World!

Wide Awake It’s Morning returns to the tap room on April 15th and it will hit statewide distribution shortly after the taproom release! 22-ounce bottles will go on sales for $17 each with a limit of six per person. We will be opening early at 9:30am with the bottle release being held under the covered awning on the front patio. Our Craft Food Counter & Kitchen will also be serving up delicious breakfast burritos, coffee, More Moro beermosas, and Wide Awake It’s Morning on draft from 9:30am-11:30am. We will also be extending our brewery tour offerings with a 11am, 12pm, and 1pm tour.