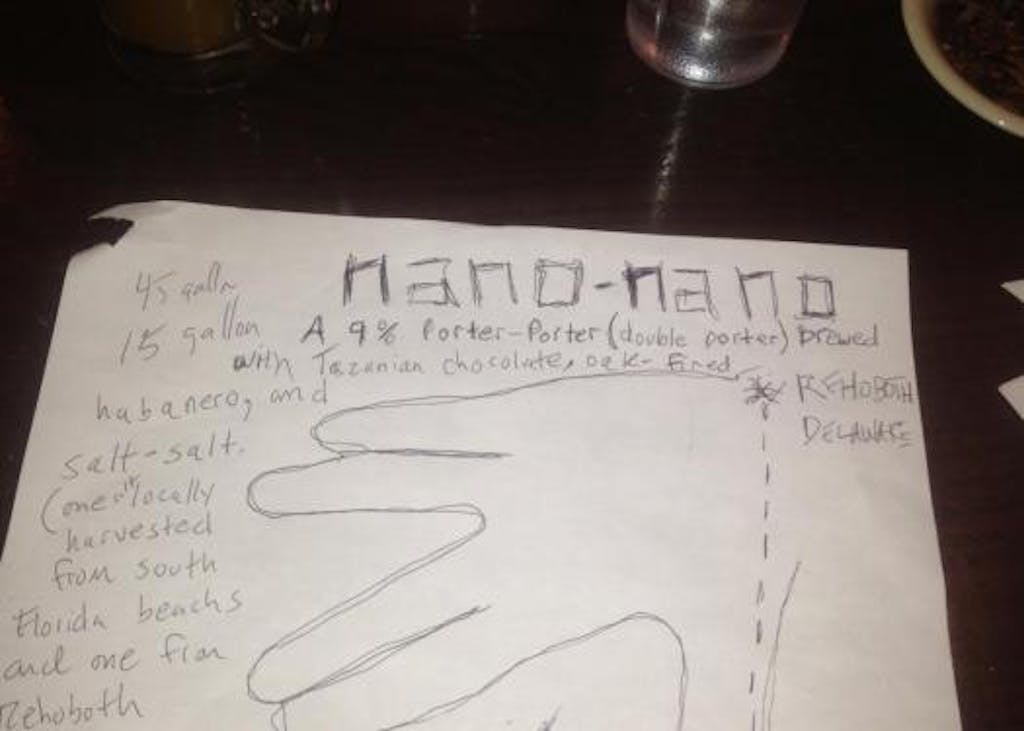 We’re Collaborating with Dogfish Head Again, and Celebrating on April 6!

March 25, 2015|News
Read More
Back in January of 2014, we collaborated with our friends from Dogfish Head on a beer for Boston’s Extreme Beer Fest. The beer we made was called Nano Nano, a name that celebrates the roots of both Dogfish Head and Funky Buddha Brewery as small, independent, nano breweries making beers mere gallons at a time. This imperial porter was brewed with cocoa, smoked habanero peppers, black strap mollases, and sea salt harvested from both the Florida and Delaware coasts. But because we only made five barrels of it, we were unable to bring any to Florida. So we set out to fix that!
Nano Nano is coming back! Dogfish Head will be joining us in the next few weeks to brew another batch of our Imperial Porter to be released in upcoming months throughout Florida.
In celebration of our upcoming collaboration with Dogfish Head, we’ll be throwing an epic party on April 6th at 6pm called Nano-Nano Beer and Bites Pairing with Dogfish Head featuring Dogfish founder craft beer luminary, Sam Calagione! Yes, Sam will be here in town to party with us!
This event will be open to the public and begin at 6pm. Rolling Chefs, Chacos Chinese Tacos, and others will be offering a la cart pairings with Dogfish and Funky Buddha beers. Naturally, we’ll have plenty of special releases on tap including a vintage keg of Dogfish Head 2011 Black & Blue and a cask of 75 Minute IPA (a first in Florida)! Also expect a bevvy of special Funky Buddha draughts including the appearance of Barrel-Aged Morning Wood (Imperial Maple Bacon Coffee Porter aged in Heaven Hill barrels).
Tap List:

Pairings will be served a la carte by food trucks on site – no advance tickets are necessary. You must still order the beer from the bar or a Funky Buddha server.