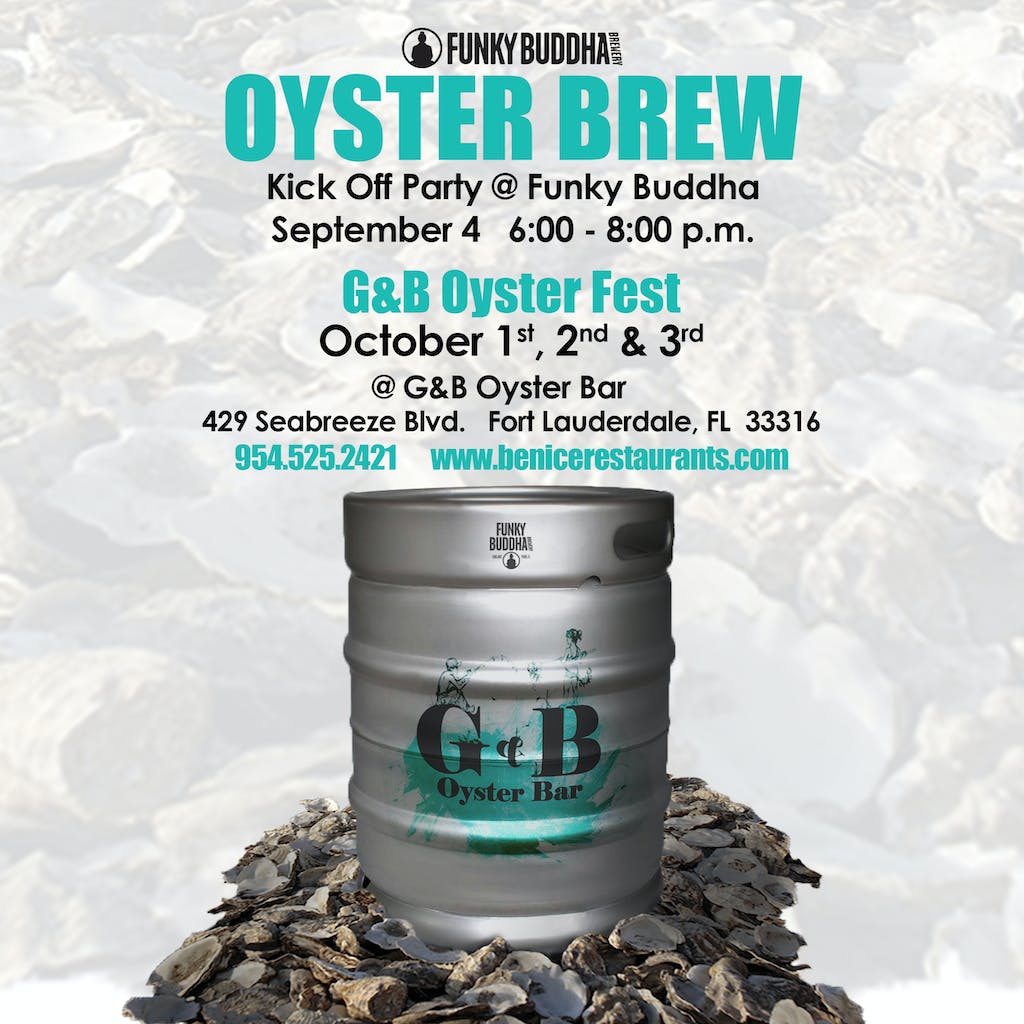 The beer is ready! We’re calling it Pearl Diver Oyster Saison. Read more about it here.

Pearl Diver will go on tap at 6pm on October 2 at G&B Oyster Bar!

Check out Pictures from Brew Day!

“It was a brave man who first ate an oyster.” -Jonathan Swift

Oh yeah, Jon? What about the man who first made Oyster Beer?

Well, in the spirit of bravery and innovation, we’re brewing up an Oyster Saison with our friends from G&B Oyster Bar and Be Nice Restaurants for their big Oyster Festival to be held October 1-3 at the restaurant. We figured a saison would be a pretty cool beer to incorporate the minerality and natural salinity of oysters – plus we wanted to do something different than a stout. We did a test batch of the brew at our Boca Raton location, and it came out great – pilsner malt, the funkiness of saison yeast, and the subtle salt and salinity from the oysters. For our full scale batch, we’ll be chucking about 450 pounds of whole oysters from Florida and the Atlantic Northeast into one 30 barrel brew.

Brew Day is September 4. We imagine we’ll be hungry after brewing with Oysters all day, so at 6pm we’ll invite folks from G&B Oyster Bar serve over to up some delicious bivalves both grilled and raw. They’ll be out front dishing it up until 8pm, and pricing will be a la carte.

Want to try the brew? Head to Oyster Fest on October 1-3 at G&B Oyster Bar, where the beer will make its debut. It’ll be on tap at the brewery after that.

More info on the Oyster Fest can be found at G&B’s website. We hope to see you at the pre event, and at Oyster Fest. Cheers!