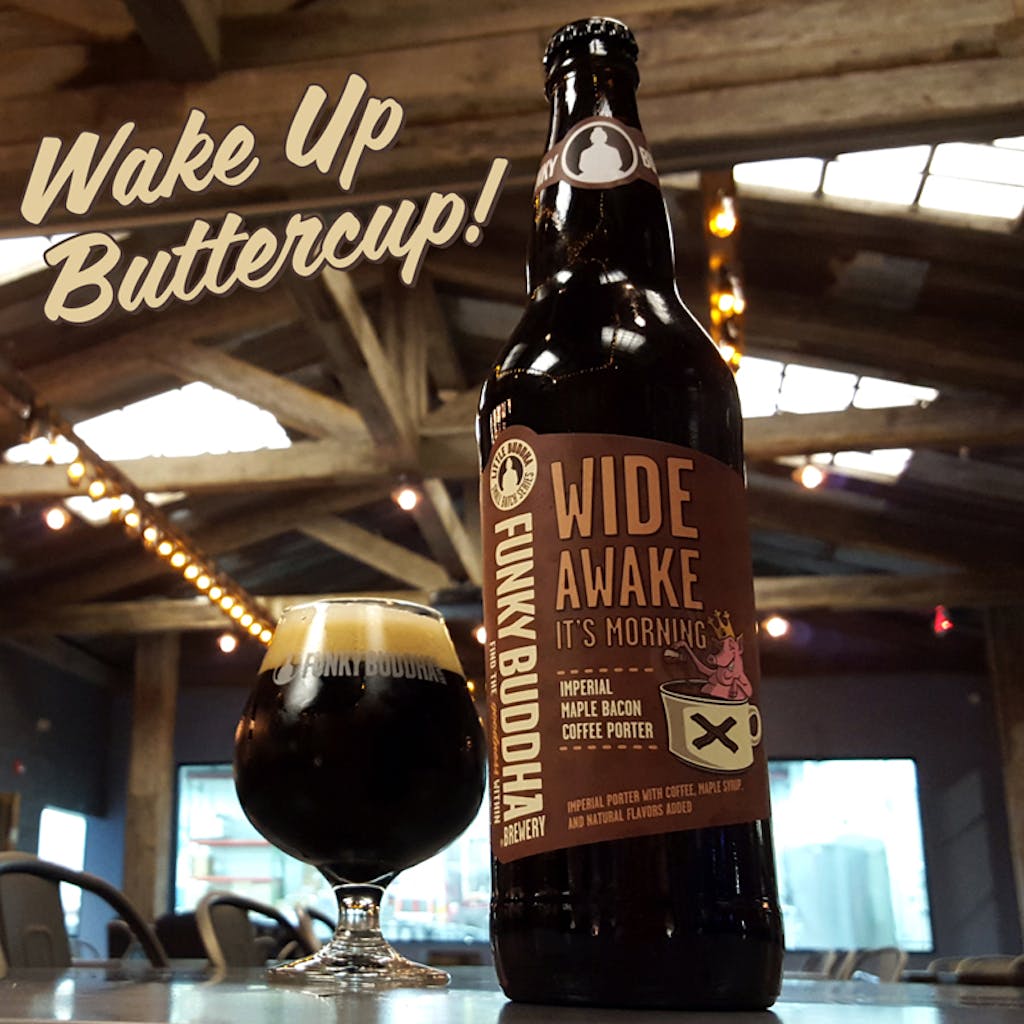 Wide Awake It’s Morning, the imperial version of our coveted Maple Bacon Coffee Porter, is dropping on April 26th and it’s bringing with it some girthy gravity courtesy of its 8 grain malt bill which includes carafa & chocolate malts as well as flaked oats for its distinct mouth feel. Its 9.5% ABV is complimented by the smoky, salty, rich combo of maple syrup, fresh roasted coffee, and bacon! Wake up and get ready because the most important meal of the day just got much, much, much better!

Bottles go on sale for $17 at the brewery on April 26th at the brewery, and will hit distribution shortly after. You can find out more about the bottle release on our Facebook event page