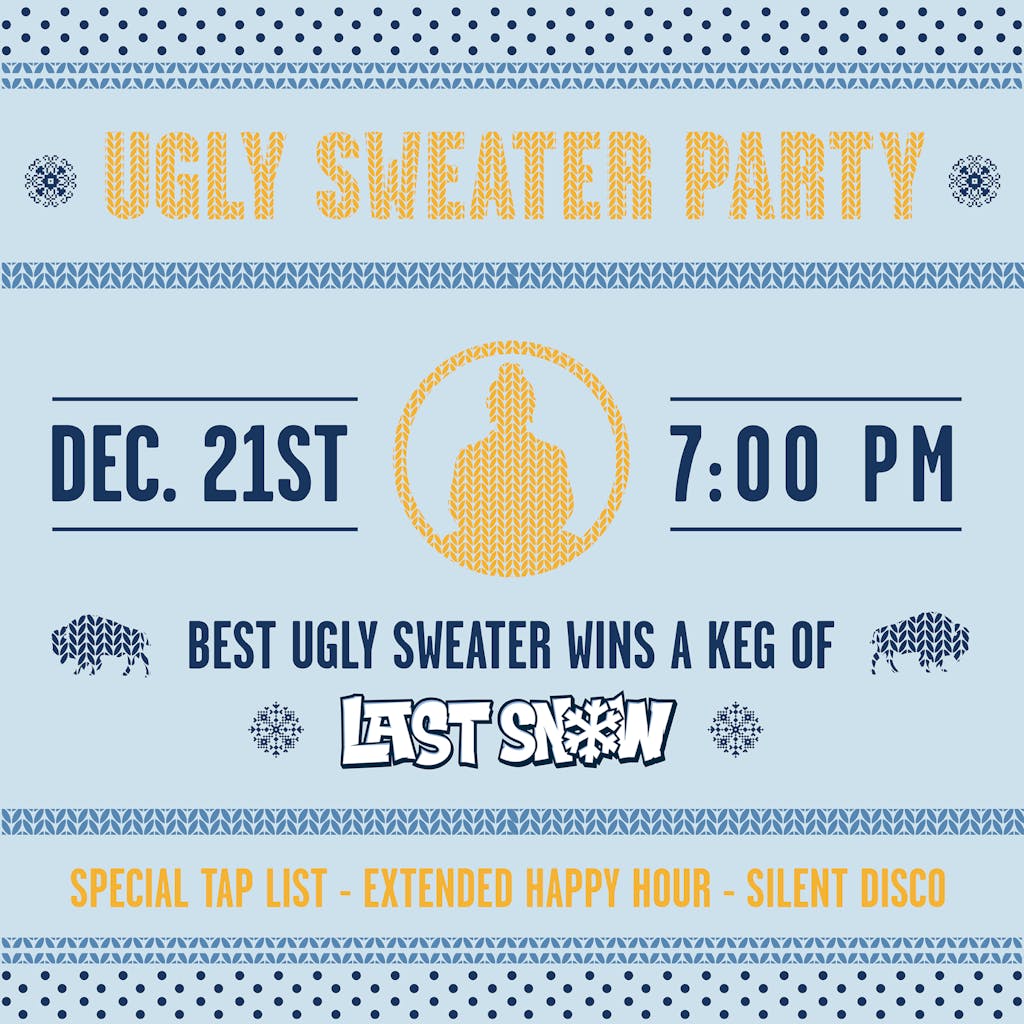 Time to bust out those ugly sweaters!

Celebrate the season of bad outfits at the Funky Buddha tap room on December 21 starting at 7pm. Drink some special release draft beers, get your groove on in the silent disco, and bring your sweater a-game for a chance to win a keg of Last Snow! We’ll also be releasing 22oz bottles of Bourbon Barrel-Aged Neapolitan, an ice cream-inspired imperial porter blended with strawberry, chocolate, and vanilla. (available starting at 11:30am)