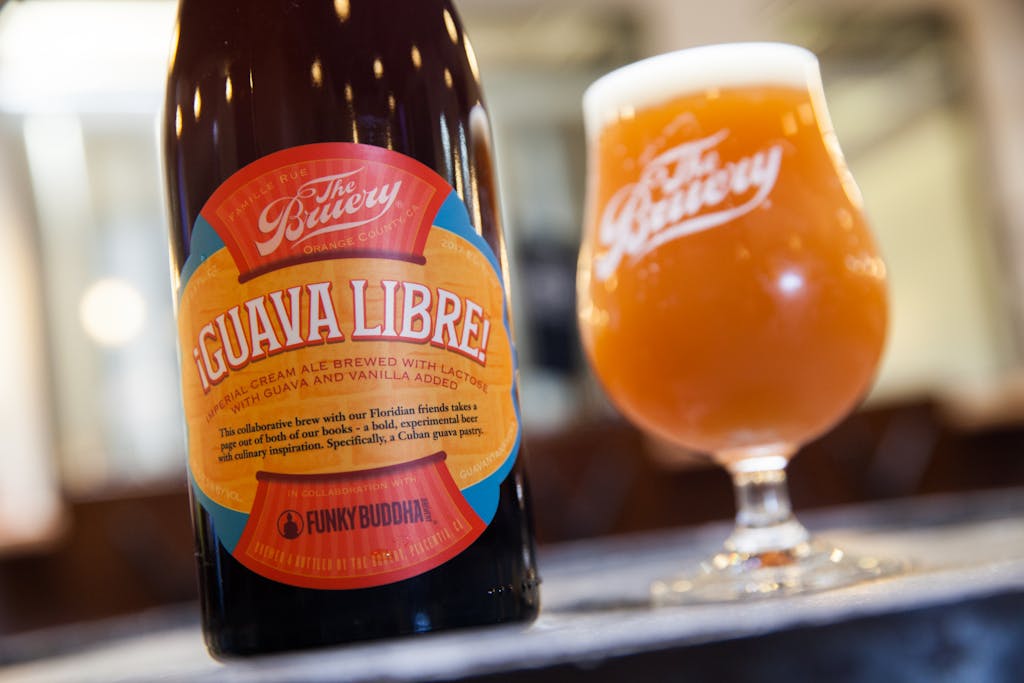 Join us Saturday, May 27th, starting at 11:30 a.m., for a Bruery tap takeover and Guava Libre release party!

We’ll be tapping 12 extremely rare The Bruery beers as well as our collaboration beer: ¡Guava Libre! This collaboration beer was heavily inspired by the Calle Ocho favorite, Pastelito de Guayaba (guava pastries). Guava Libre is a sensory getaway designed to transport you to a corner bodega to recreate the flavors you’d find in a “pastelito de guayaba.” Championing the big, bold flavors that both breweries are known for, we brewed an imperial cream ale, adding lactose and vanilla to impart sweet, custard-like ribbons, and guava for filling its conceptual authenticity. It’s a collaboration that’s equal parts inspiration and admiration.

Guava Libre will be hitting distribution in Florida in 750ml bottles starting in early June. Check out the Bruery’s beerfinder app to find a bottle of Guava Libre near you!

Here’s a list of the extensive collection of The Bruery beers we’ll be tapping: