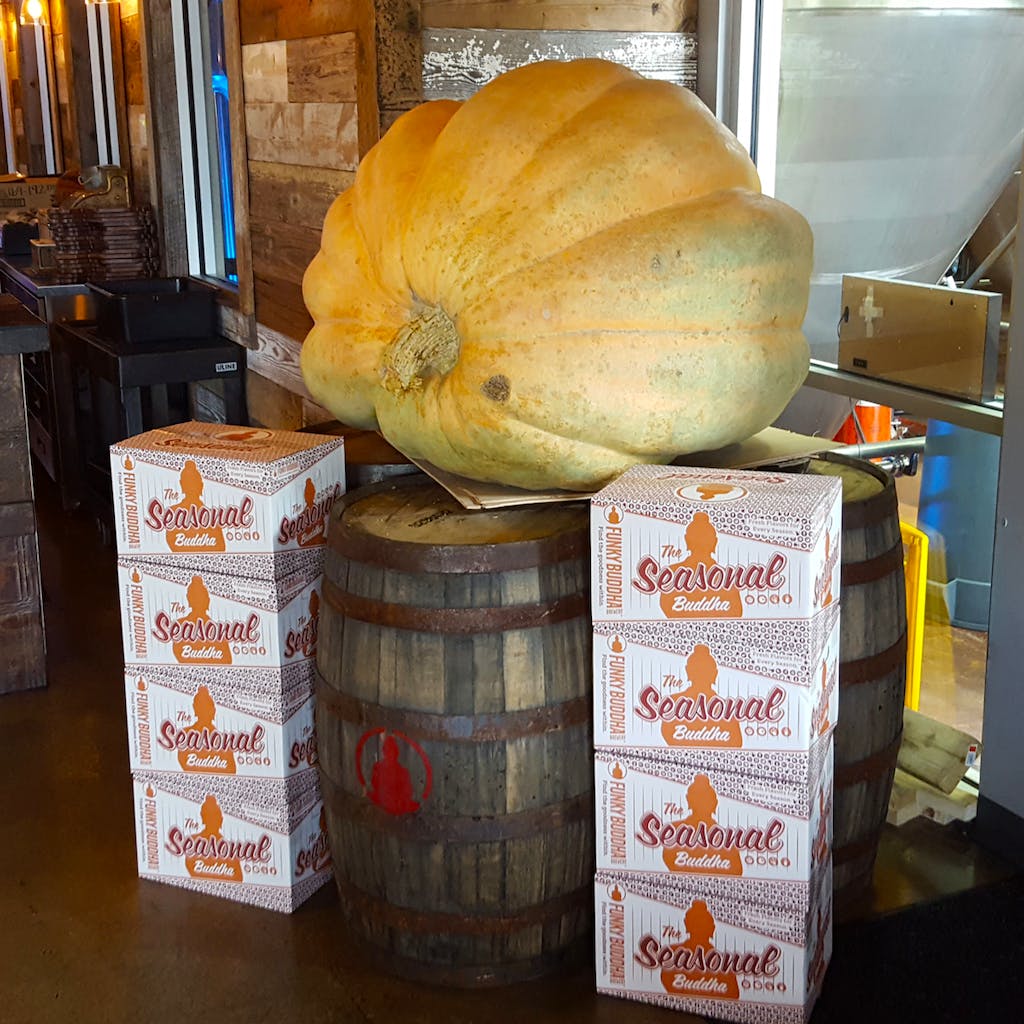 Way back in November of 2013 we collaborated with the Atlantic Hotel – in the heart of Ft. Lauderdale beach – and their then Chef, Jeff Vincent, on a beer so epically Pumpkinny it required a ludicrous amount of Pumpkin. The result was a Belgian strong ale with loads of pumpkin flavor and a subtle blend of pumpkin spices and vanilla. Absolutely delectable, sticky, and slightly sweet, it was truly epic.

Three years have passed since then and we reckon the beer was good enough to lure Jeff away from The Atlantic since he is now the chef at our very own Craft Food Counter & Kitchen.

In honor of that phenomenal beer – and the chef it brought with it – we’ll be brewing up another batch of the tasty beer using the giant pumpkin you see right here (affectionately referred to as Squidward).

You can celebrate Fall with us too and win a 64-ounce growler of this year’s batch of Atlantic Giant. Just take a guess at Squidward’s weight (to the nearest half-pound), write it on a card with your name and email address, and place it in the clear ballot box.

We’ll draw a winner when we take it back to the brewery to brew some beer with it. But hurry up since we don’t know when we’ll be brewing the batch you’ll have to take your guesses soon!