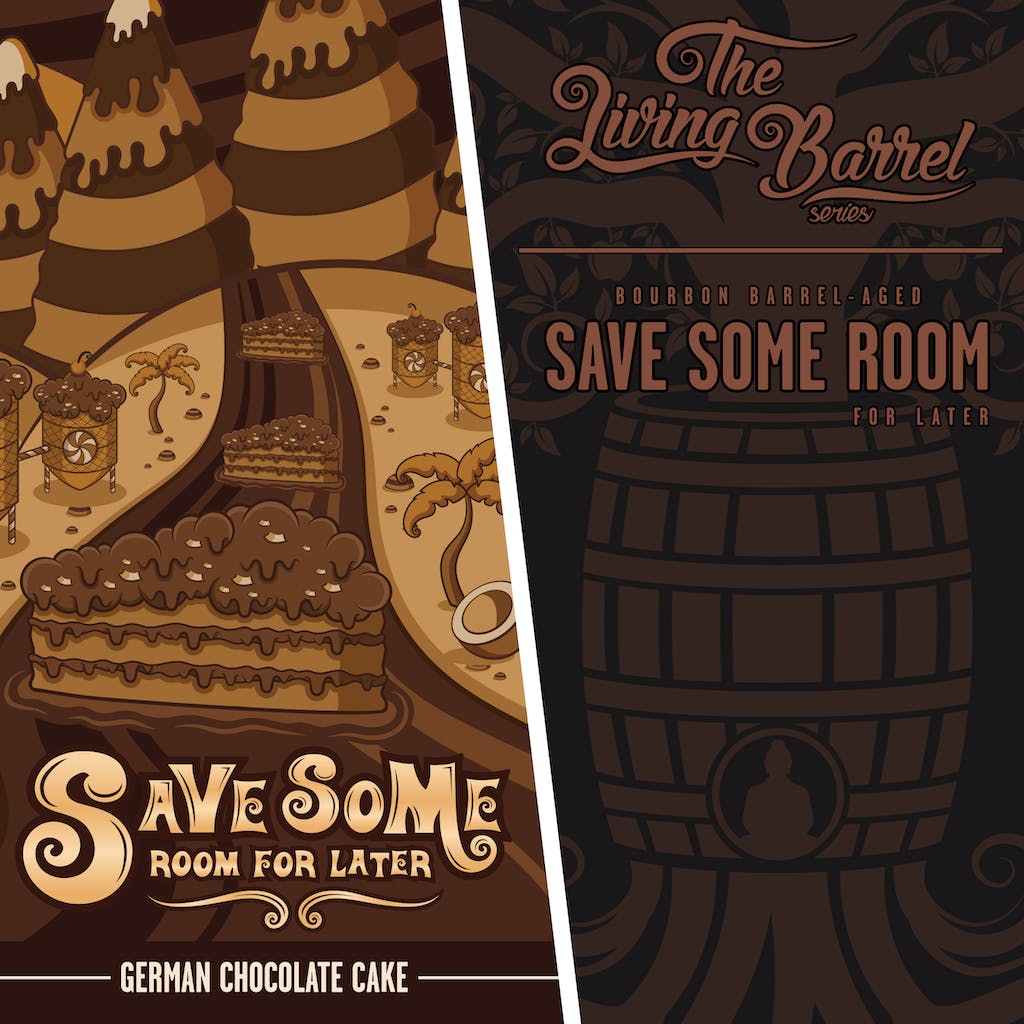 Funky Buddha and the beer factory is excited to announce the return of Save Some Room For Later!

This German chocolate cake-inspired ale celebrates the spirit of imagination and invention that’s at the heart of our beer factory. Layers of creamy chocolate and sweet coconut flow like a river into this imperial brown ale. We first released Save Some Room For Later in bottles at our four year anniversary party and it became an instant hit. 22-ounce bottles return to the tap room on September 2nd with no purchase limits. Save Some Room For Later will also hit distribution in all of our current markets following the brewery release.

We’re also excited to announce the release of Bourbon Barrel-Aged Save Some Room For Later! This special variant combines that same chocolate and coconut goodness with boozy barrel-aged twist. 22-ounce bottles will be available exclusively at the tap room on September 15th with limits TBD.