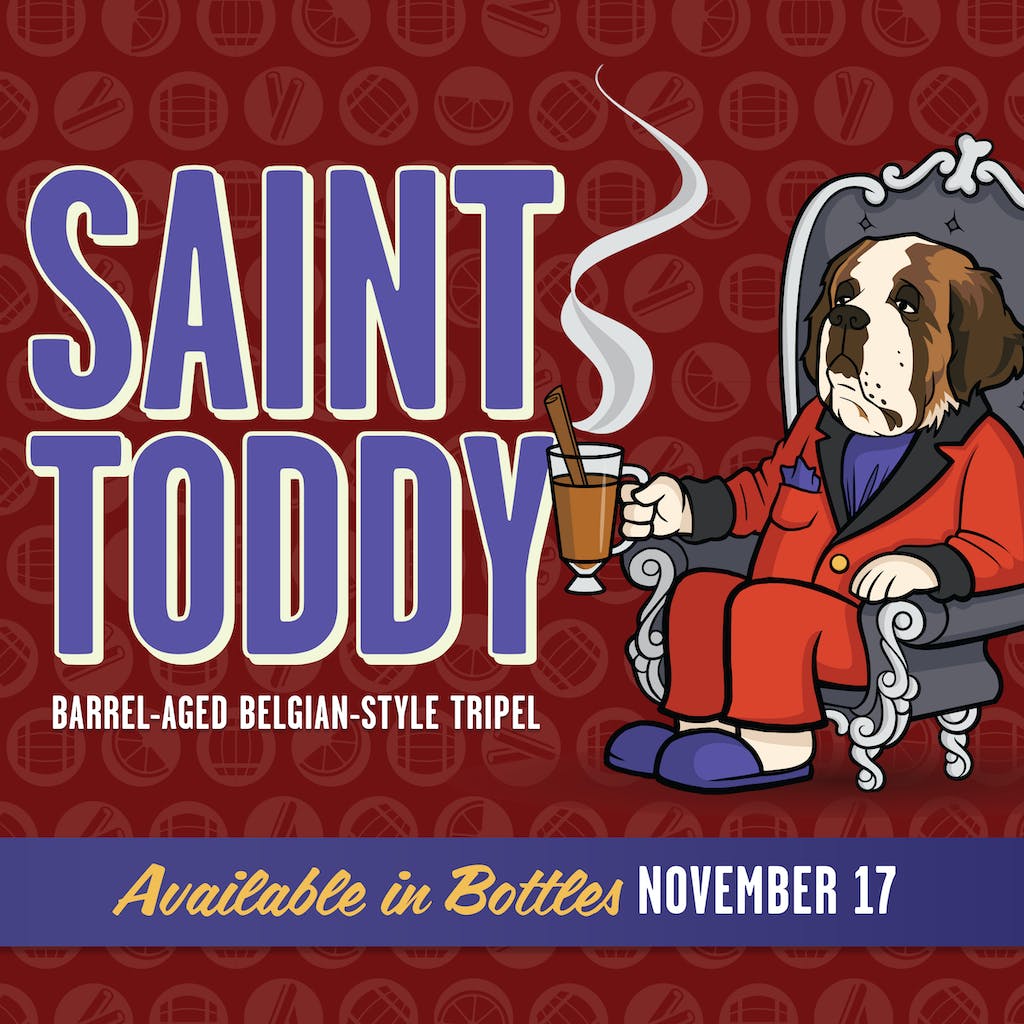 We’re coming in hot with our next barrel-aged release! (quite literally)

Saint Toddy is a Bourbon and apple brandy barrel-aged Belgian style-tripel with oranges, apples, raisins, cinnamon, and vanilla that can actually be served warm. Slowly heat the beer in a double boiler topped with freshly ground cinnamon and serve hot for a traditional, luxurious experience or drink cold and savor the season.

The inspiration behind this crazy concoctions was to brew a beer much like the classic cold weather warmer. A hot toddy is a rich and rejuvenating elixir made with whiskey and/or brandy, citrus, herbs, spices and served warm. Traditionally consumed before retiring for the night, or in wet or cold weather.

Saint Toddy will be available exclusively at the Oakland Park taproom on November 17th. 22-Ounce bottles will go on sale for $20 each with limits of six per person.