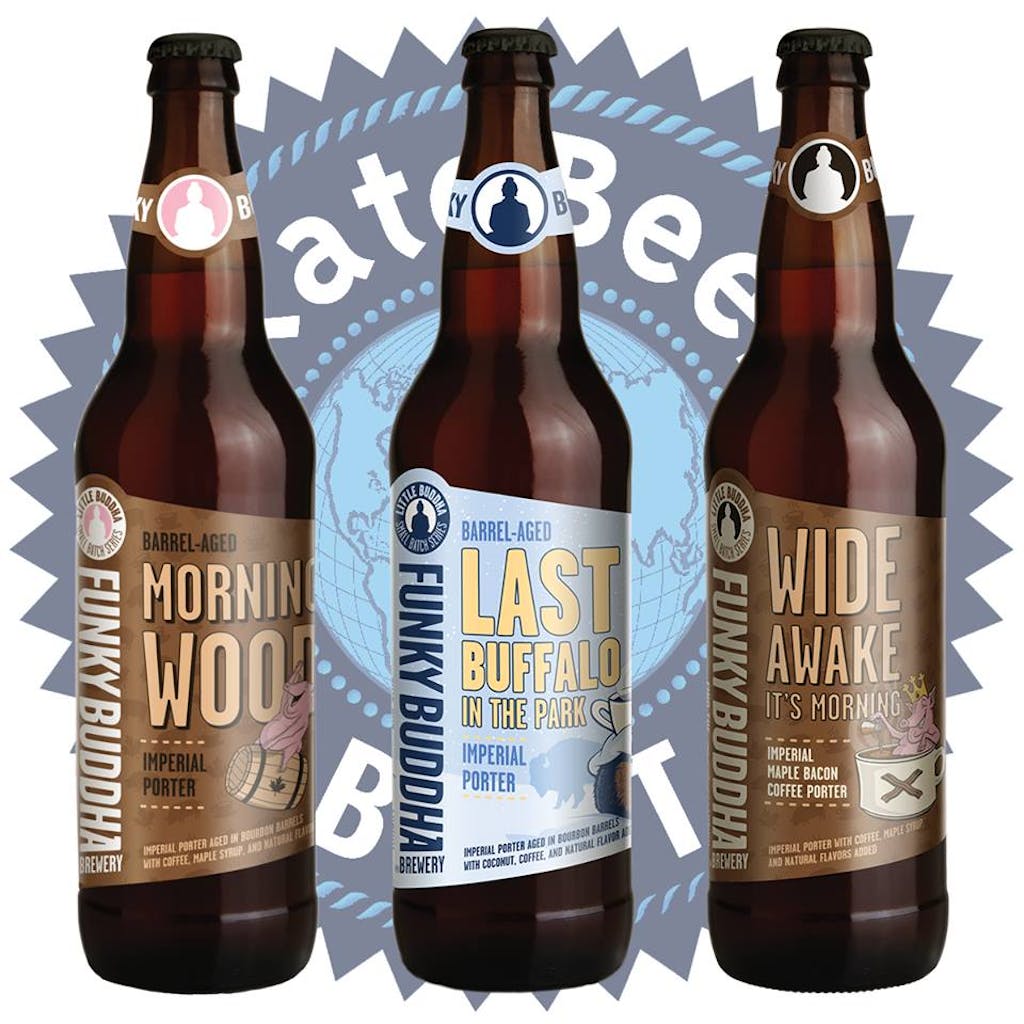 RateBeer Best Awards for the year 2016

It has been an awesome year for the Funky Buddha Brewery and we want to give a big shout out to everyone that left us positive reviews on Ratebeer. We’re honored to have placed very well in four categories and received five gold medals in RateBeer’s Best Awards for the year 2016.

We are so proud of our staff for their creativity and hard work to be placed in the Top 100 Brewers category. When it came to the Best Beers by Style, we dominated the Imperial Porter category with three gold medals for Morning Wood, Wide Awake It’s Morning, and Last Buffalo in the Park. But these topnotch Buddha beers didn’t stop there, they were also nominated in the the Top 100 Beers in The World! The usual suspects Maple Bacon Coffee Porter and Last Snow Coconut Coffee Porter both received gold medals in the Best Beers by Style porter category.

We’re humbled by the continued outpouring of love from our fans and the beer community at large. We look forward to producing many more Buddha brews for the world to enjoy. Cheers for a million years!