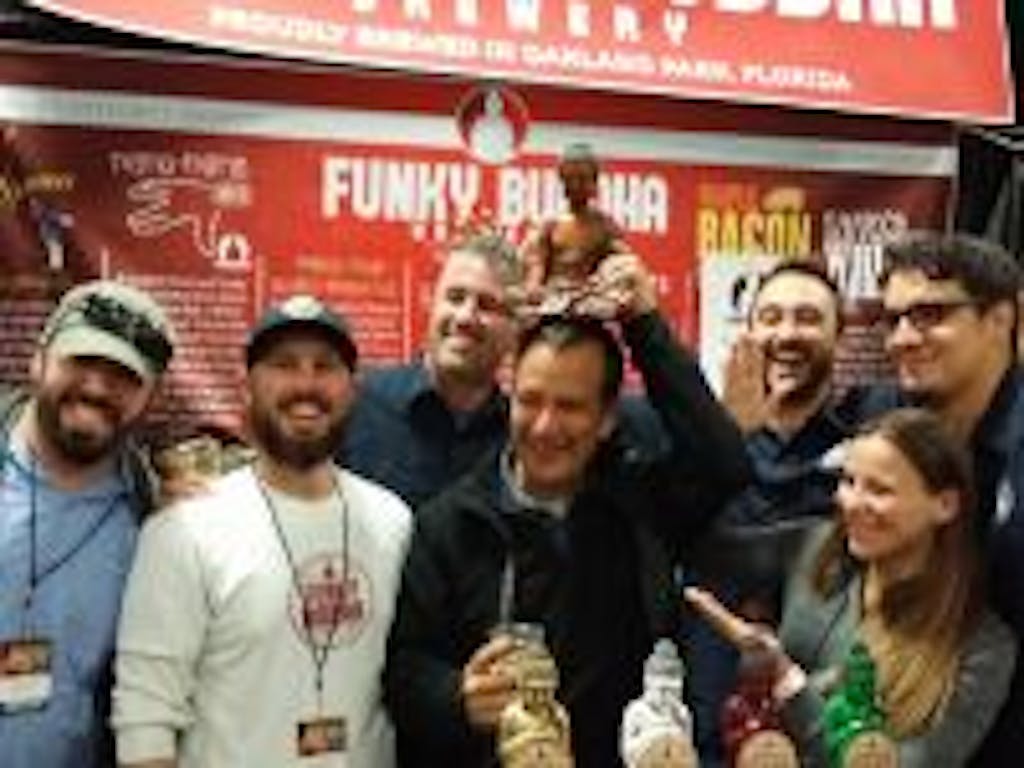 Many of you who follow our social media have probably seen by now the crazy, outrageous, fantastically celebratory weekend we had in Boston. From our journey out on Thursday to the last drop poured at the EBF Saturday night session, we were constantly amazed by the response to our beer – most notably represented by a “U” shaped line that formed in front of and well beyond our booth.

It all started with a kickoff party at Tip-Tap on Thursday night featuring, oh, about 50 of the best breweries in America, from Lost Abbey to Crooked Stave to Revolution. Sam Calagione of Dogfish Head presided over the affairs, with an enviable tap list of IPAs, rare sours, extreme food-centric brews, and collaborations. We showed off Small Axe Big IPA, our recently released and intensely tropical Double IPA – also the first keg to kick in a long night of drinking great beers.

After a night of celebrating, we carried ourselves into EBF session one on Friday night and began an 11 hour cumulative stretch of pouring for the beer hungry masses. We’d brought a wide selection of beers for the festival, including Veruca Snozzberry Gose, our once-released tropical fruit sour with kettle salts and coriander, along with Last Snow, No Crusts, Maple Bacon Coffee Porter, Randy’s Old Fashioned Whiskey Barrel-Aged Ale, and our recent Dogfish Head collabo, Nano-Nano. But perhaps the beer that garnered us the most attention at the fest was French Toast Double Brown Ale, a beer we had only previously released only as a “hidden” tapping during our Maple Bacon Coffee Porter Festival this past January.

The response to these beers was pretty surreal, to say the least. We’re amazed, humbled, and most of all gracious that those at EBF enjoyed what we do to the extent that they did. A big thank you has to go to Beer Advocate, for putting on the fest; Dogfish Head and Sam Calagione, for being such a kick-ass proponent of amazing beers; and Massachusetts Beverage Alliance, for helping us get our beers to the festival and get them pouring. Most of all, thank you Boston, EBF, and the countless people who waited in a big line to see what all the fuss was about!

Now, here are a few hits from the fest: