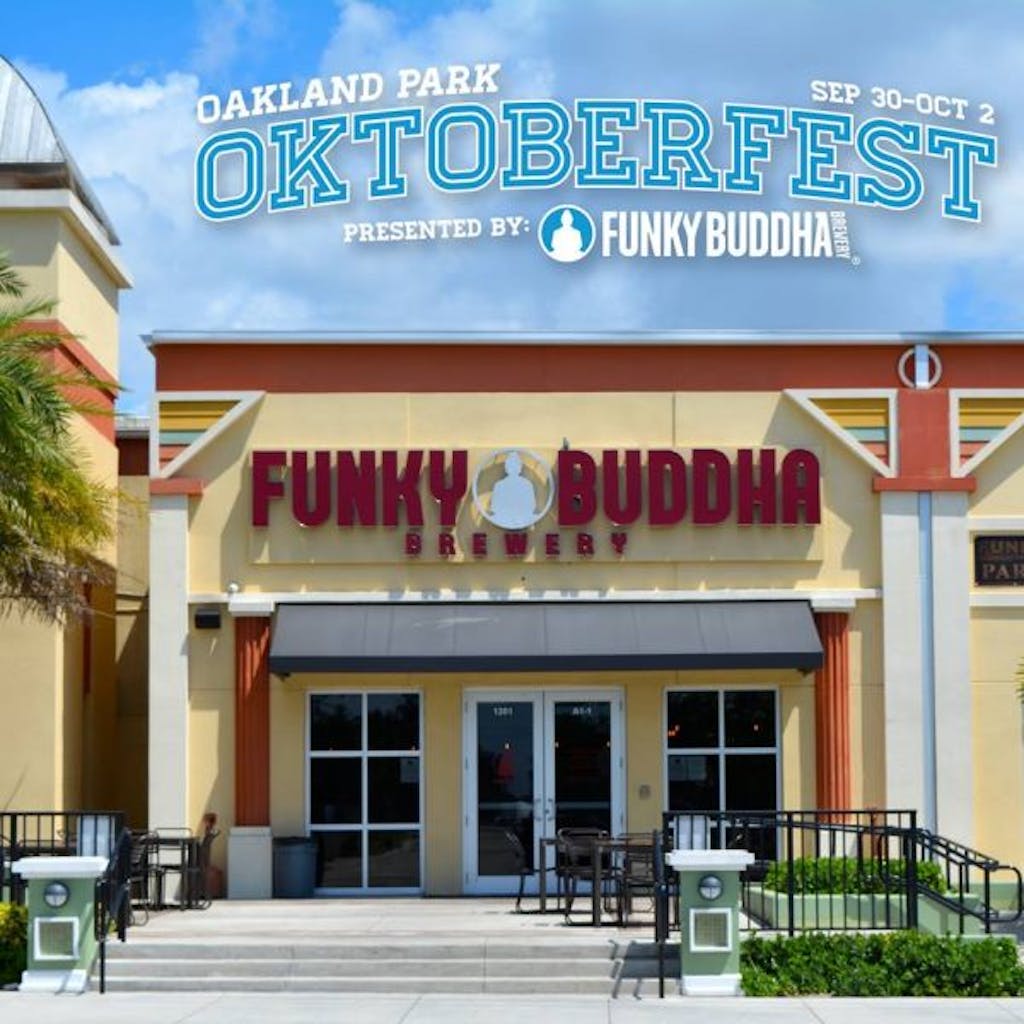 All ages are admitted tickets are just $5 for ages twelve and older with children twelve and under getting in for free!

Bust out the lederhosen: Funky Buddha brewery is enlightening Oakland Park’s Oktoberfest Friday, September 30 through Sunday October 2 at Jaco Pastorius Park! We’ll be bringing Funky Buddha beers, yummy grub from our Craft Food Counter & Kitchen, lawn games, and our signature funky style so we can take this year’s Oktoberfest to a higher plane of existence.

Floridian Hefeweizen, our unfiltered and refreshing German-style wheat beer that is full of flavor yet light on the palate.

Funky Buddha Buddhafest, a marzen with a heavy malt character and a deep amber color. This beer has a sweet caramel flavor with a delicate balance of traditional hops.

Great beer calls for great food. Not to worry, the Craft Food Counter and Kitchen has got you covered. The kitchen is helmed by Chef Jeff Vincent, a South Carolina native and veteran head chef. The craft food recipes were designed to be made from scratch and incoporate Funky Buddha’s award winning beers in many of the dishes including the spent grain pretzel, beer cheese soup, and much more. For this years festival, Chef Jeff was inspired to create authentic German dishes to pair with the Funky Buddha’s German-style beers. After a long week of brainstorming over a couple of beers, this is the outcome. Enjoy!

Tap Room Pretzel $6
Our famous pretzel is made with spent grain from Floridian Hefeweizen and the beer itself. Served with whole grain Doc Brown Ale mustard and Fuhgeddaboudit Red Ale beer cheese OR dipped in Cinnamon and Sugar and Served with Peanut Butter Nutella Bacon Dip.