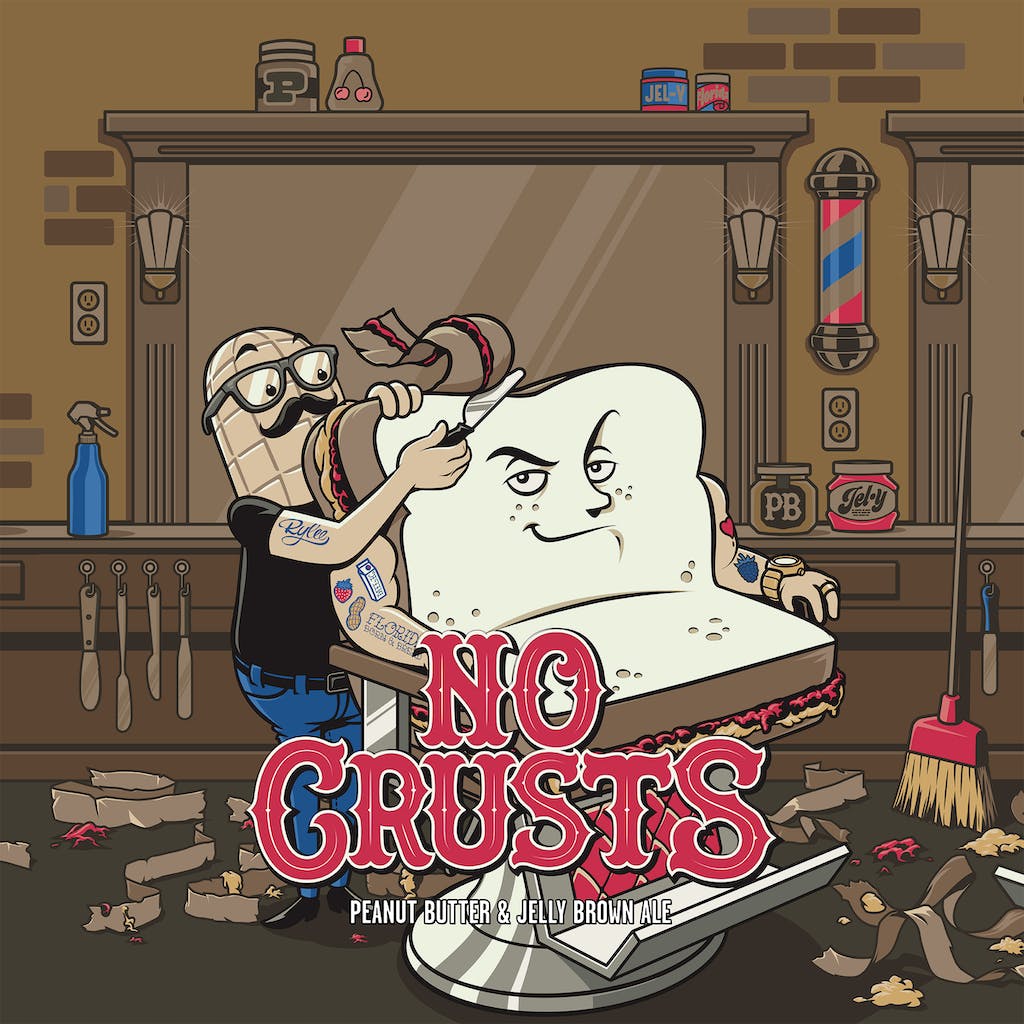 No Crusts Returns in four-packs!

No Crusts is a bready brown ale that sandwiches the aroma of creamy peanut butter with a fruity finish reminiscent of mixed berry jam. One taste will envelop you in waves of nostalgic flavor – just don’t forget to cut the crust!

Funky Buddha’s head brewer and founder, Ryan Sentz, was inspired by lunchtime with his daughter to brew a pb&j beer that tastes just like the real thing. Ryan tried 30 or 40 different recipes, using different methods before he found the perfect combination. After nailing the recipe, he brought the brew across the country to many different beer festivals. People were blown away by the redolent flavor and were instantly hooked on the juice. Funky Buddha took home a silver medal at the Great American Beer Festival in 2017 for this mind-blowing beer.

No Crust Peanut Butter & Jelly Brown Ale returns to the tap room on October 27th at our Halloween Party! We’ll also be partying in conjunction with the release of French Toast and I’m So Excited, I’m So Scared. Following the brewery release, four-packs and draft will hit distribution to all of our current markets. Stay tuned to our social media channels for updates.