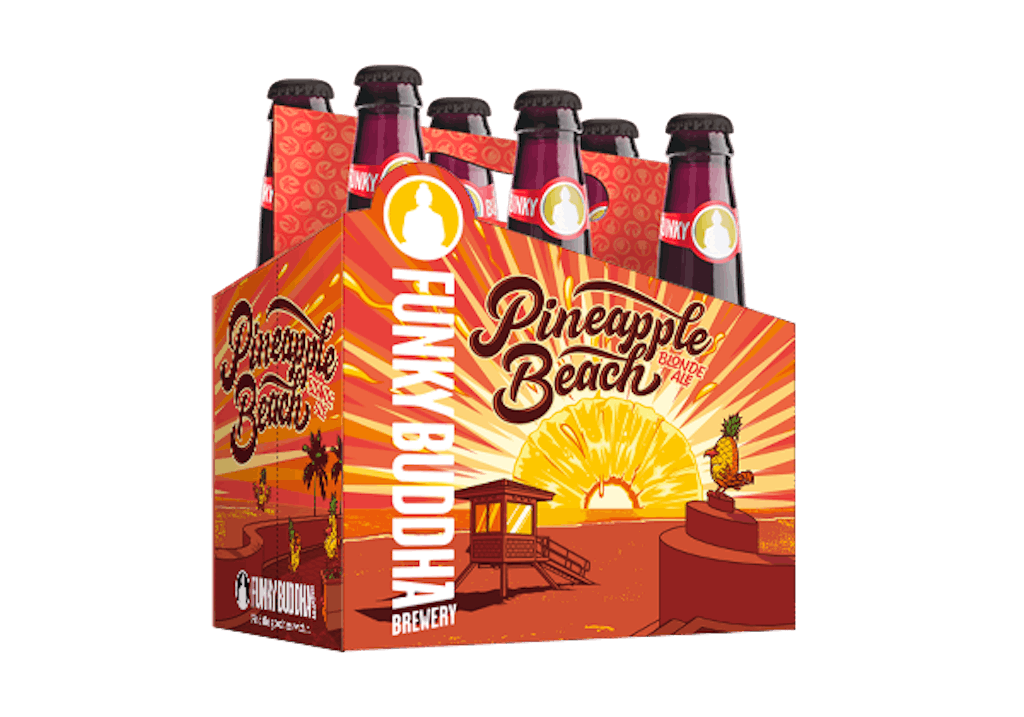 2016 was a crazy year for us but 2017 is going to be the funkiest one yet. We have loads of awesome beers coming your way kicking it off with our brand new year-round release: Pineapple Beach! Along with Floridian, Hop Gun, and Hop Stimulator, Pineapple Beach will make a great addition to the flagship family.

This tropical blonde ale was our take on an ideal Florida beach beer. Pineapple Beach is a refreshing blonde ale kissed with gnarly waves of juicy pineapple. A dose of floral, American hops and crisp pilsner malt ties this beer together like a bikini strap. Full of flavor and light-bodied, this beer was built for a Sunshine state, craft beer-lovin local. (the bottle artwork was actually based off local Fort Lauderdale beaches)

Pineapple Beach will be released in 12oz bottle 6 packs at a suggested retail price of $9.99 and cruising out for statewide distribution in the beginning of February. Get a sneak, peek preview of Pineapple Beach at MBCP Draft Day, a draft tour of Maple Bacon Coffee Porter at 200 statewide accounts starting January 26th. Stay tuned to our social media for more info on MBCP Draft Day.

So look out for this bodacious blonde ale and put your feet in the sand with a beer in your hand. Cheers!