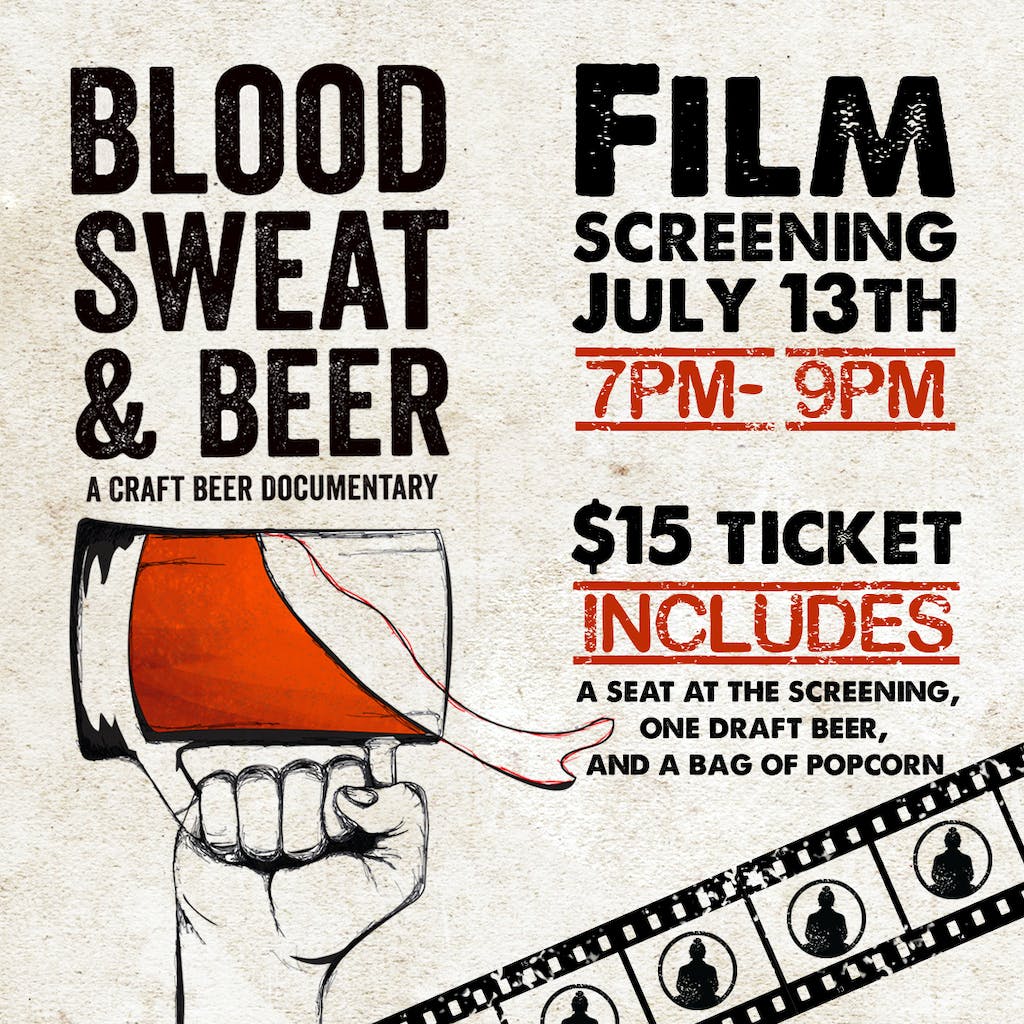 Take in a night at the movies at Funky Buddha Brewery as we feature the South Florida Premier of “Blood, Sweat, and Beer: A Craft Documentary” on July 13th, at 7pm!

This documentary highlights the explosive growth of the craft beer industry and tells the dramatic story of two breweries as they build towards opening day. After the movie, our founding team will hosting an open QnA session to talk about their experiences building Funky Buddha Brewery from the ground up. A $15 ticket price includes a seat at the screening, one draft beer, and bottomless fresh-popped movie popcorn!

Complete Film Synopsis:
Blood, Sweat, and Beer is a feature documentary about the explosive growth of the craft beer industry and the dramatic journeys of two start-up breweries. The film follows a trio of 23-year-olds as they struggle to start The Brew Gentlemen Beer Company in Braddock, PA. Matt, Asa, and Brandon hope their brewery will help this once-prosperous steel town bounce back from decades of neglect, violence, and population loss. The film also tells the emotional story of Danny Robinson, a boardwalk brewery owner and restaurateur whose empire is threatened by an aggressive trademark lawsuit that could leave him penniless. Four entrepreneurs, two brand new breweries, and one ultimate goal: to quench the thirst of the craft-craving masses.