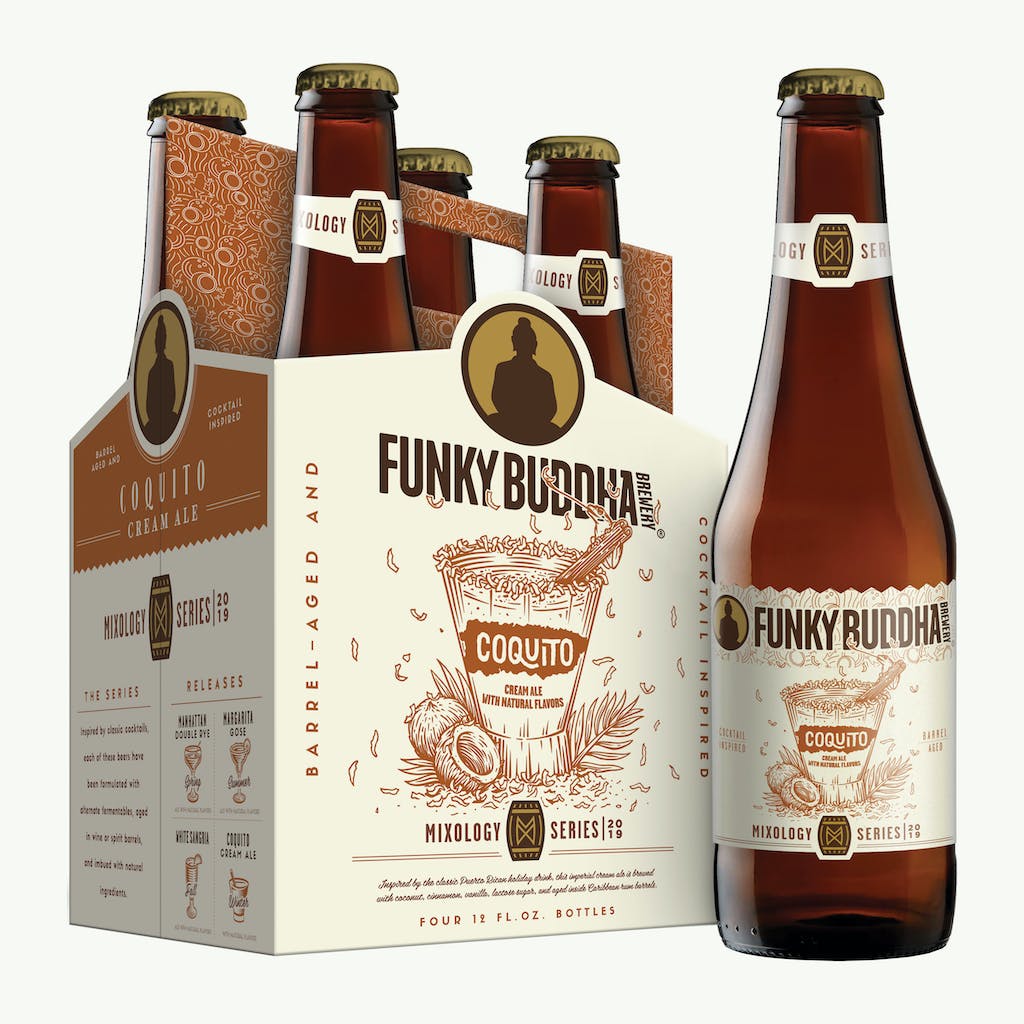 Introducing Coquito, our winter release of the Mixology Series.

Inspired by the classic Puerto Rican holiday drink, this imperial cream ale is made with coconut, cinnamon, vanilla, lactose sugar, and aged inside Caribbean rum barrels.

Coquito will be available at the tap room in 12oz bottle four-packs on October 26th for $14.99. Bottles and draft will also hit retailers throughout our distribution footprint for the winter season.

To create the ultimate beer version, we started with an imperial cream ale brewed with lactose sugar for a creamy body and mouthfeel. The beer is then sent for an extended stay inside Caribbean rum barrels to impart characteristics of sugar cane and oak. Finally, we blend the beer with coconut, cinnamon, and vanilla for luscious notes reminiscent of the holiday drink.