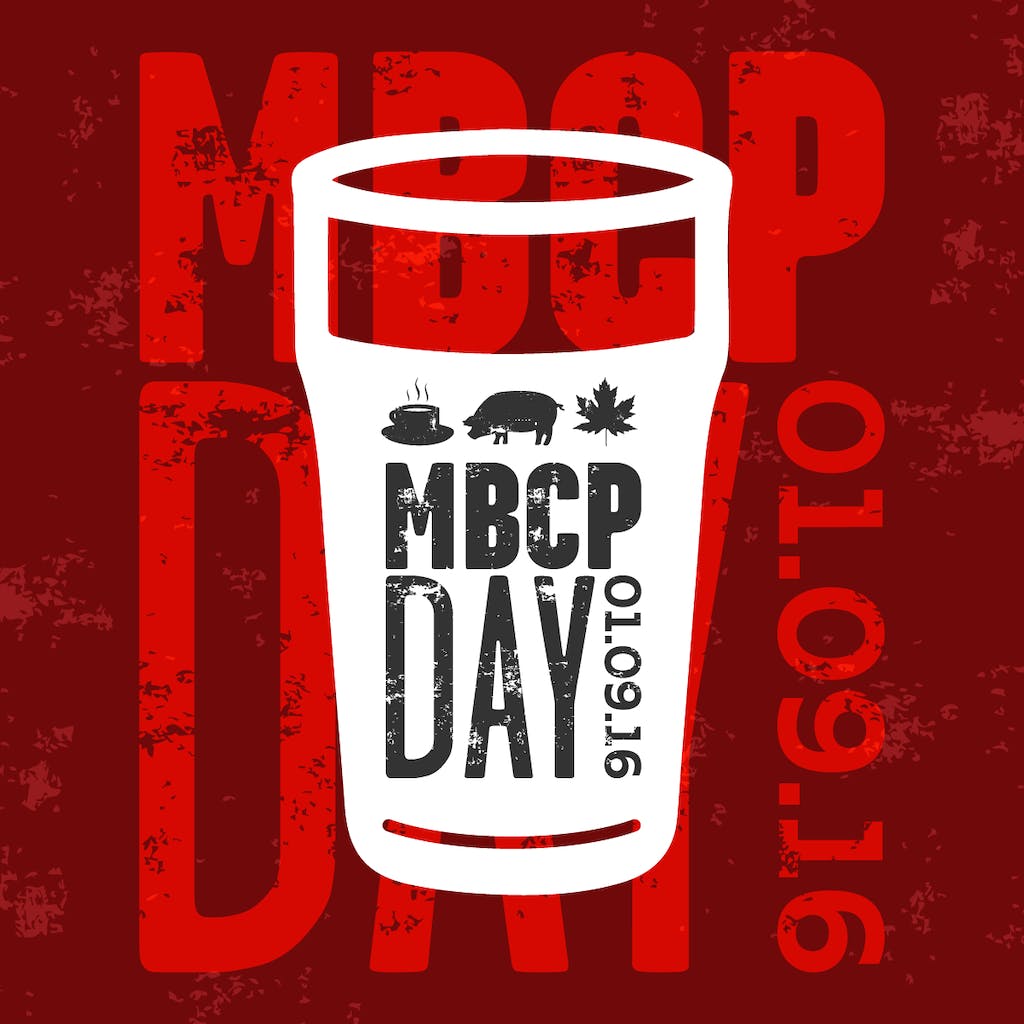 Maple Bacon Coffee Porter Day is Now Ticketed. Why’d You Do That?!

Hey everyone, we realized that our announcement last week regarding Maple Bacon Coffee Porter Day being a ticketed event this year was a little bit of a bombshell to drop – especially for those who have been coming to our events for the past two years. With announcements such as this there are always so many details with logistics, timing, tickets, and more to convey. And no matter how much info is put out there are always questions. So we wanted to take the time to write a very clear post describing MBCP Day 2016 and why we went ahead and changed the format for this year.

Tickets? Why’d you do that bro?!

First up, we want to address everyone who has asked the above question at some point in the past week. As you know, this year MBCP Day will be a ticketed event, maxing out at 4000 attendees. Also, we’ve decided to move the event to Jaco Pastorius Park, which is essentially connected to the west side of the brewery along Dixie Highway. The brewery itself will be closed on January 9th so we can run the event. We admit that this is a radical departure from how we’ve conducted things in the past, but ultimately it was a necessary one.

Our grand opening in June 2013 drew 1500 people in the pouring rain – a number we were barely prepared for. Over the years, every subsequent street festival we’ve held at the brewery has only grown in size. At our first MBCP release in January 2014 we had nearly 3000 attendees. By our first anniversary, about 5000 of ya’ll came to party with us. That was awesome! (But so hectic.) We thought we were fully ready for MBCP 2015, and put more planning and logistics into the event than ever. Then 7000 people showed up and again, we got slammed! Our latest Anniversary party, held this past June drew 8000 people. By that time, we had expanded the event to include a whole city block of space, PLUS the parking lot next to us. We kept our cool, but it was still packed! Although most of the day was chill, many people didn’t get to try cool beers they had waited patiently in line for. We didn’t like that.

When we sat down to plan MBCP Day 2016, we said to ourselves, “guys, if any more than 8,000 people show up — which is likely given the track record — then there’s absolutely no way to make this event enjoyable for all!” Recent bottle releases for Last Snow, BA Snowed In, and Morning Wood also proved to us that more and more people want to buy special release bottles than ever. And it really sucks to tell someone who drove one hour (let alone flew across the country) that we have no more bottles left to sell them. We did not want that to happen with Maple Bacon Coffee Porter, especially since it is our most sought-after annual release.

Now the good news: by capping attendance with a ticket we are doing a lot of things to ensure everyone has a great time at MBCP Day. For starters, less people means smaller lines, more access to rare beers, and generally more room to spread out and enjoy yourself in an improved setting. Oakland Park’s beautifully grassy, open Jaco Pastorius Park is going to be a lot more enjoyable of a place to hang out than in a street (even though it’s super cool to see an entire city block jamming to live music, beers in hand). It also means guaranteed access to MBCP bottles, the cost of which are also included in the ticket price so you don’t have to wait in line or even worry about whether or not you’ll get your allotment. You have a ticket? Great! You WILL get bottles! Lastly, it means that we can streamline the entire process for all to get beers and bottles into hands quicker, so you can spend your time at the festival having fun – whether that’s trying some of the nearly 100 beers on tap; playing field games like bocce or cornhole; eating some delicious grub from the best food trucks in South Florida AND our new Craft Food Counter & Kitchen; or listening to live music like the amazing Resolvers (who are headlining in what should be a killer end of night show).

Yes, there is now a ticket charge of $15 to enter. The added logistics of enclosing the event space, securing the park, hiring a great ticketing agency to ensure the integrity of your purchase, and so on, all costs money that we need to recoup. But money, as it were, is not a prime motivator for this change! After all, we stood to make far more money off of 10,000 attendees than we will off 4000. But we would rather have 4000 attendees who are pleased as punch than 10,000 who are pissed that we threw a bad event. For us, this is about a better time for all. This is a celebration, darn it! So let’s party.

That’s easy – visit mbcpday.com and follow the prompts. Tickets go on sale November 23rd at 10am. A general admission ticket costs $30 and includes one bottle – full bottle access includes four bottles for $75. VIP admission starts at 3pm instead of 4pm, and during that hour you get full access to sample many of the rare releases of the day for free – it costs $130 and also includes a commemorative glass. Full beer tickets on site are still $6 per ticket – something we stuck with rather than jacking up the price of entry tickets even more to include beer samples or something of the like. We like it this way, because you get to decide how to spend your money once you’re inside.

We have heard the feedback from many fans that starting bottle pickup at 8pm is too late. And so we’ll be moving bottle pickup to 7pm. If you’re one of the few people who don’t want to come to the fest to party and simply want to get bottles and get out, well, you can always come in later and leave early. Entry to the event will continue from 4 until 7pm (and 3pm to 4pm for VIP). That said, there are plenty of “bottle releases” out there these days, and those are great. But MBCP Day is not only about releasing the beer, it’s about celebration. We do hope you’ll party with us, because that’s what this is all about. Otherwise we could just put up a tent in the back of the brewery and sell some bottles and be done with it. We want more than that!

We’ll have some really killer beers on draft, too. Maple Bacon Coffee Porter will plentiful, of course, but we’ll also have a bevvy of barrel-aged beers like The Love Below and entiteALEd, some tasty berliners, special releases, and lots of guest drafts from our brewery friends all over the state and beyond. A full list can be found here, and we still have a little updating to do before the event. One of the other nice things this year is we will have nearly 100 draft lines on site. Timed releases will still be a thing, but access to beer will be greater — and easier — than ever before.

Good? Good! We hope you guys will join us at this year’s MBCP Day. It’s going to be a fun time, and we can’t wait to share it with you.