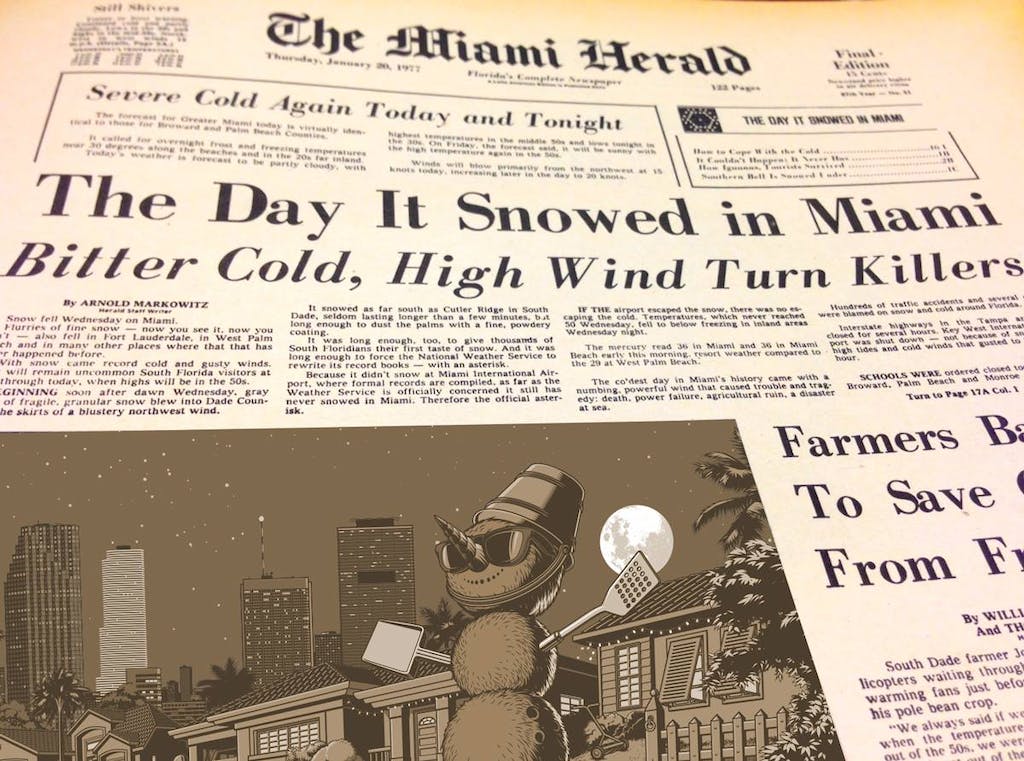 40 years ago South Florida got its last snow. Thinking about it got us feeling all warm and fuzzy and we decided that, in order to honor the occasion, we’d get creative with our own Last Snow.

Last Snow Coconut & Coffee Porter is an ode to that special time in Florida where the needle dips just south of 75 – even for the briefest of moments. This rich, creamy porter is layered with coconut and freshly-roasted coffee for a taste that recalls a winter wonderland – even if, in our state, that’s just a state of mind. Originally being brewed at the Funky Buddha Lounge & Brewery, Last Snow has always been a fan favorite and has won many outstanding awards including Ratebeer Best, #2 porter in the world!

For the first time ever, you can look forward to our standard Last Snow release alongside a rum barrel-aged variant of our coconut & coffee porter. Last Snow will be available in our tap room Feb. 19th starting at 11:30 a.m. 22-ounce bottles will be on sale for $10 each with a limit of 6 per person. You can also look for Last Snow to hit shelves throughout Florida starting the Monday after its taproom release.