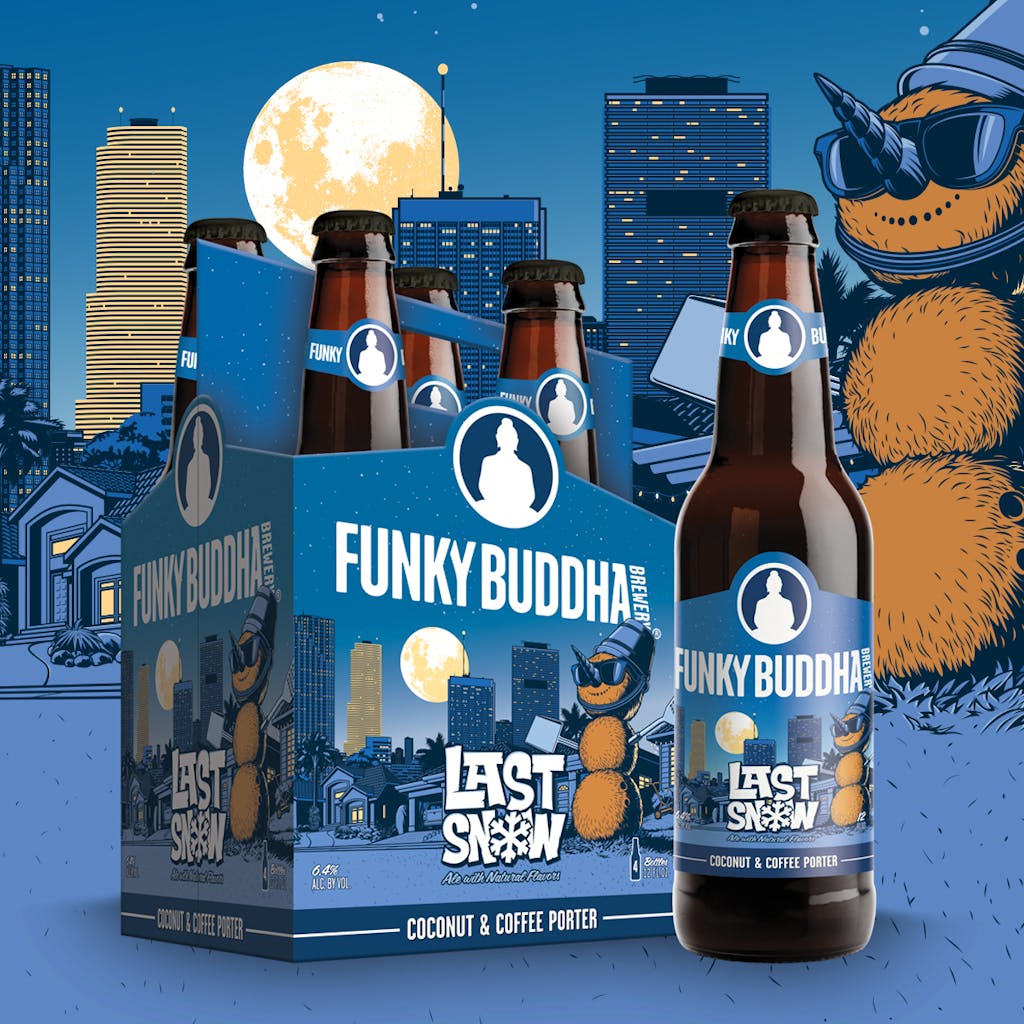 Last Snow returns this year in a fresh, new format. For the first time ever, our highly acclaimed porter will be available in four-pack, 12-ounce bottles. Last Snow is now included in our Limited Core, a series of two biannual releases of No Crusts Peanut Butter & Jelly Brown Ale and Last Snow Coconut & Coffee Porter.

Last Snow is an ode to that special time in our home state where the needle dips just south of 75 – even for the briefest of moments. This rich, creamy porter is layered with coconut and freshly-roasted coffee for a taste that recalls a winter wonderland – even if that’s just a state of mind. Our beloved porter has always been a fan favorite and has won many outstanding awards including Beer Advocate’s top 250, Ratebeer 2014 #2 Porter in the World, RateBeer 2015 #2 Porter in the World, and Ratebeer 2016 #3 Porter in the World!

Four packs are set to be released in our tap room on February 3rd for $14.99 with no purchase limits. This year’s release will also be in conjunction with our can launch party.

Keep your eyes peeled because Last Snow will cruise out for distribution and hit retailers shortly after the tap room release!