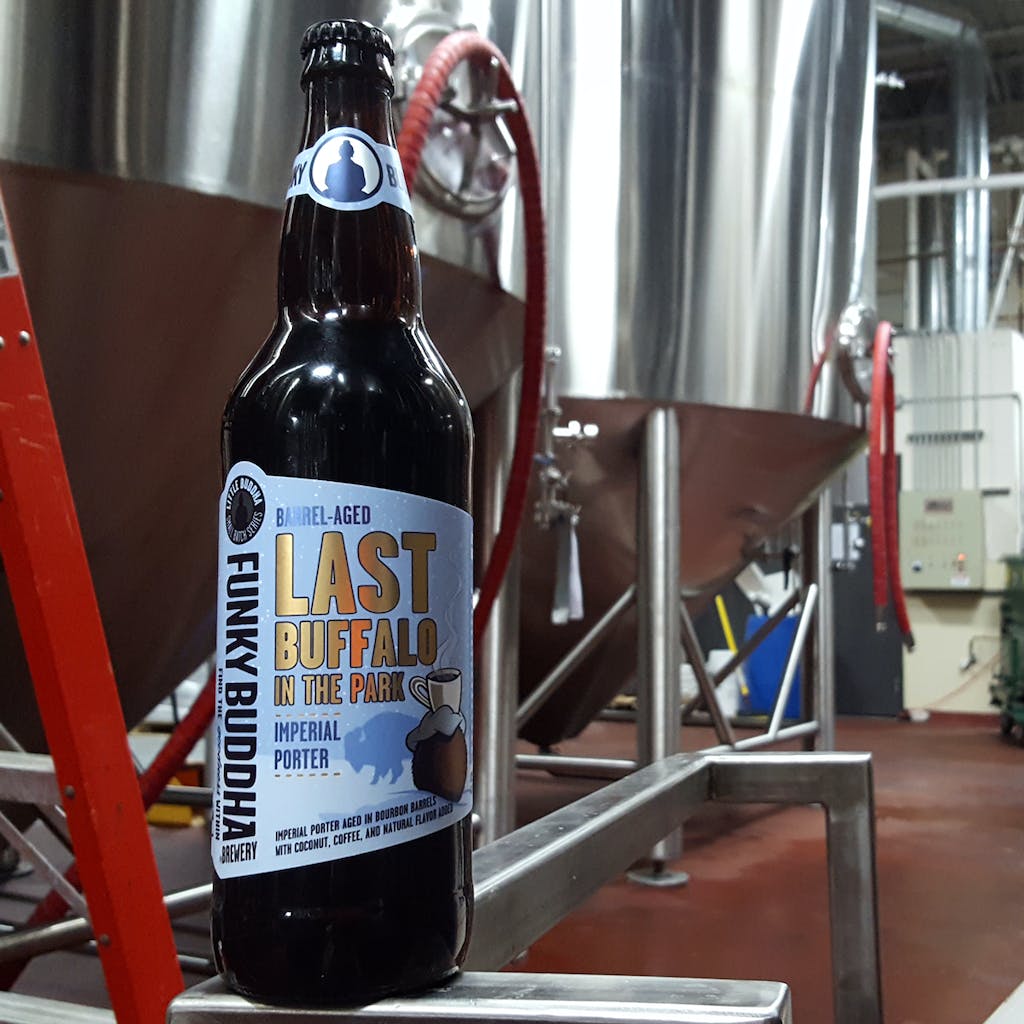 Last Buffalo in the Park Will Be released in December

Last Buffalo in the Park (Buffalo Trace barrel-aged Snowed In) will be released at our Oakland Park brewery on December 23rd as soon as we open our taproom doors at 11:30 a.m. and into distribution shortly after. We’re releasing this tasty barrel-aged brew the same day as our ugly holiday sweater party so you can party down after you pick up your bottles of this highly sought-after beer.

Originally brewed in collaboration with our friends at Park Tavern in Delray Beach, this Imperial version of our Last Snow porter is a rich, thick, decadent treat. Pitch black and viscous, it’s made with coconut and fresh roasted coffee. We then age it in Bourbon barrels for months to accentuate the vanilla and coconut notes.

22-Ounce bottles will cost $25 each, limit three bottles per person and will be released December 23rd starting at 11:30 a.m.

A Funky Holiday Web Store Special
I'm so Excited, I'm so Scared & Nikolai Vorlauf to Be Released in December