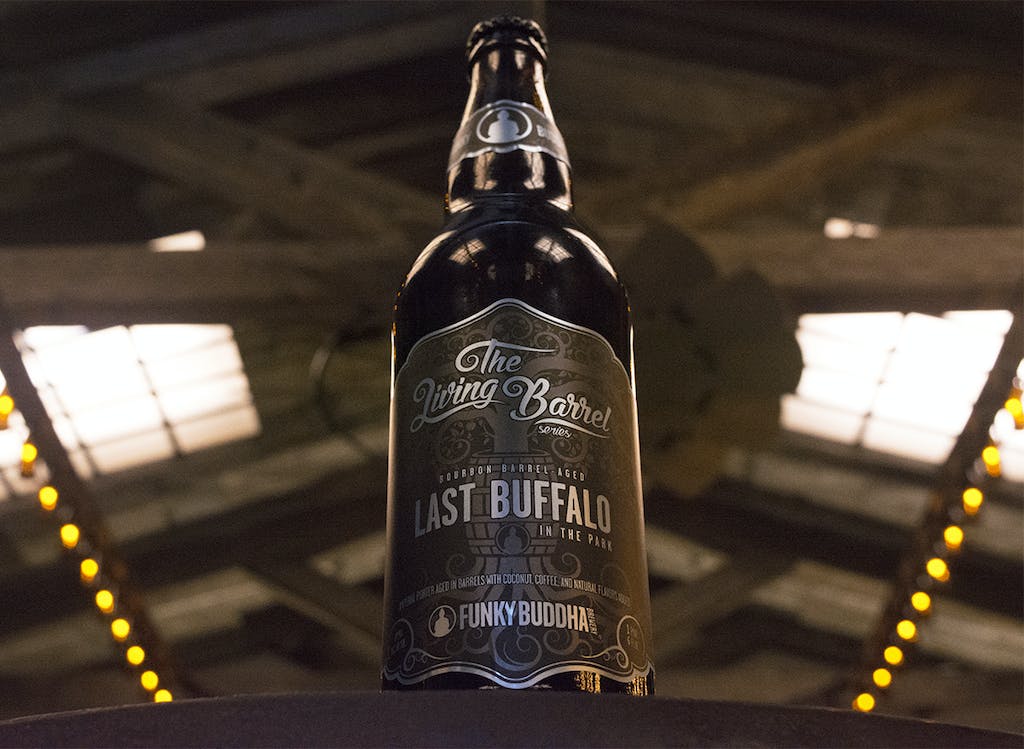 This Imperial version of our Last Snow porter is a rich, thick, decadent treat made with coconut and fresh roasted coffee, then aged in Bourbon barrels for months to accentuate the vanilla and coconut notes. Last Buffalo in the Park was originally brewed in collaboration with our local friends at Park Tavern in Delray Beach and has always been a favorite around the brewery. This highly-acclaimed imperial porter also dominated the RateBeer’s Best Awards for the year 2016 by winning a gold medal in the Best Beers Imperial Porter category and being nominated in the Top 100 Beers in The World!

We’re bringing back this epic barrel-aged beauty this month in 22-Ounce bottles for $25 each, limit six bottles per person. You can expect this decadent treat to roam into the taproom on December 3rd starting as soon as we open our doors at 11:30 a.m. Last Buffalo is also going into statewide distribution shortly after the taproom release!