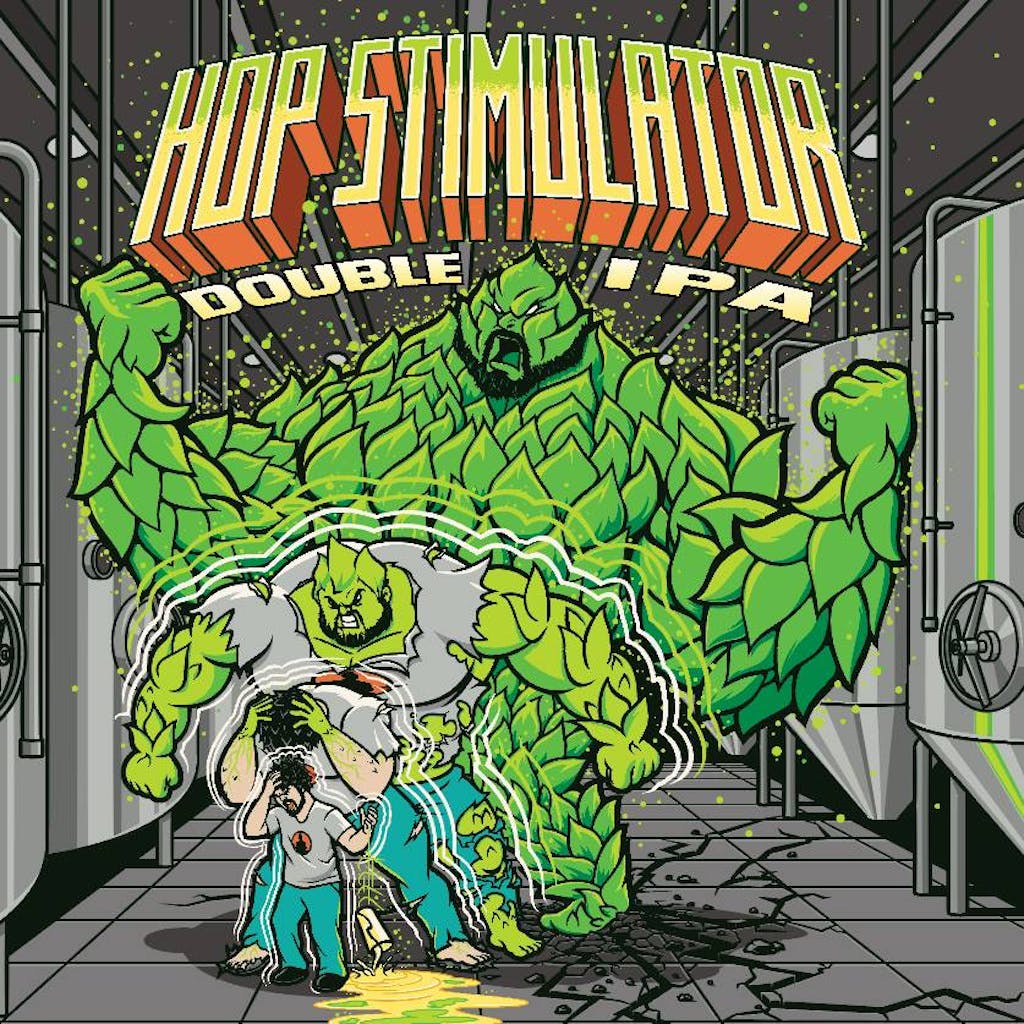 Hop Stimulator is the natural evolution of our tap room classic, Small Axe Big IPA. We’ve seen what people like about Small Axe over the years (it’s insane drinkability compared to its high ABV, it’s balance of malt character and hop bitterness) and have built on that.

First, we’ve added a lot more hops, especially dry hops along with a new dry hopping technique, to create a far more intense tropical hop aroma. The hops in the beer include Cascade and Centennial (also in our classic IPA, Hop Gun) as well as Citra and Amarillo. You’ll taste passionfruit, grapefruit, pineapple, papaya, and even mango flavors in Hop Stimulator. We’ve also changed the yeast profiles to enhance the fruity nature of the hops an further the balance of the malt bill.

In short, Hop Stimulator is an intensely hoppy 9.5% IPA, but drinks like one that’s 6%. We’re super happy with the result.

The beer will be available in 12oz, four-pack bottles on April 19th at the brewery and retailers statewide, and will also be available on draft. We’re hosting a bunch of launch events at participating bars, restaurants, and craft beer retailers, and you can check out the full list here: http://ow.ly/10y1w4

We’re stoked for this beer and look forward to sharing it with Florida soon.