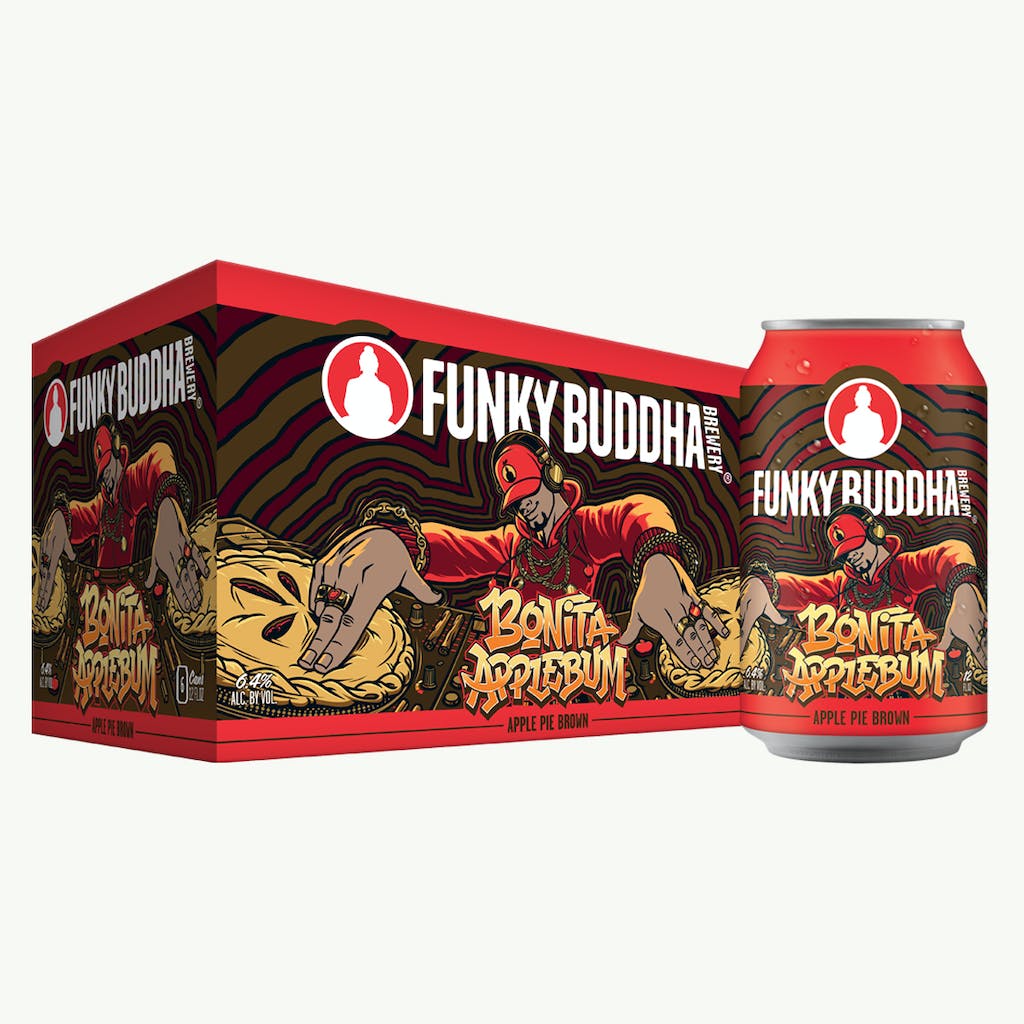 Bonita Applebum, you gotta pour me some!

We’re hyped to bring back our OG apple pie-inspired brown ale… And this time in 12oz can six-packs for the fall season.

Bonita Applebum brown ale flaunts a bodacious body and stunning combination of aromatic cinnamon, fragrant vanilla, and real apples. It’s round like a record and smooth as a hip-hop song!

Six-packs and draft will hit distribution starting in late August. Stay tuned to our social media channels for more info.

Head over to the tap room for a Bonita Applebum ’90s release party on Saturday, August 24th! 12oz can six-packs will be on sale for $12.99. We’ll also be serving up some dope food specials and hosting a hip-hop silent disco starting at 8:30pm.