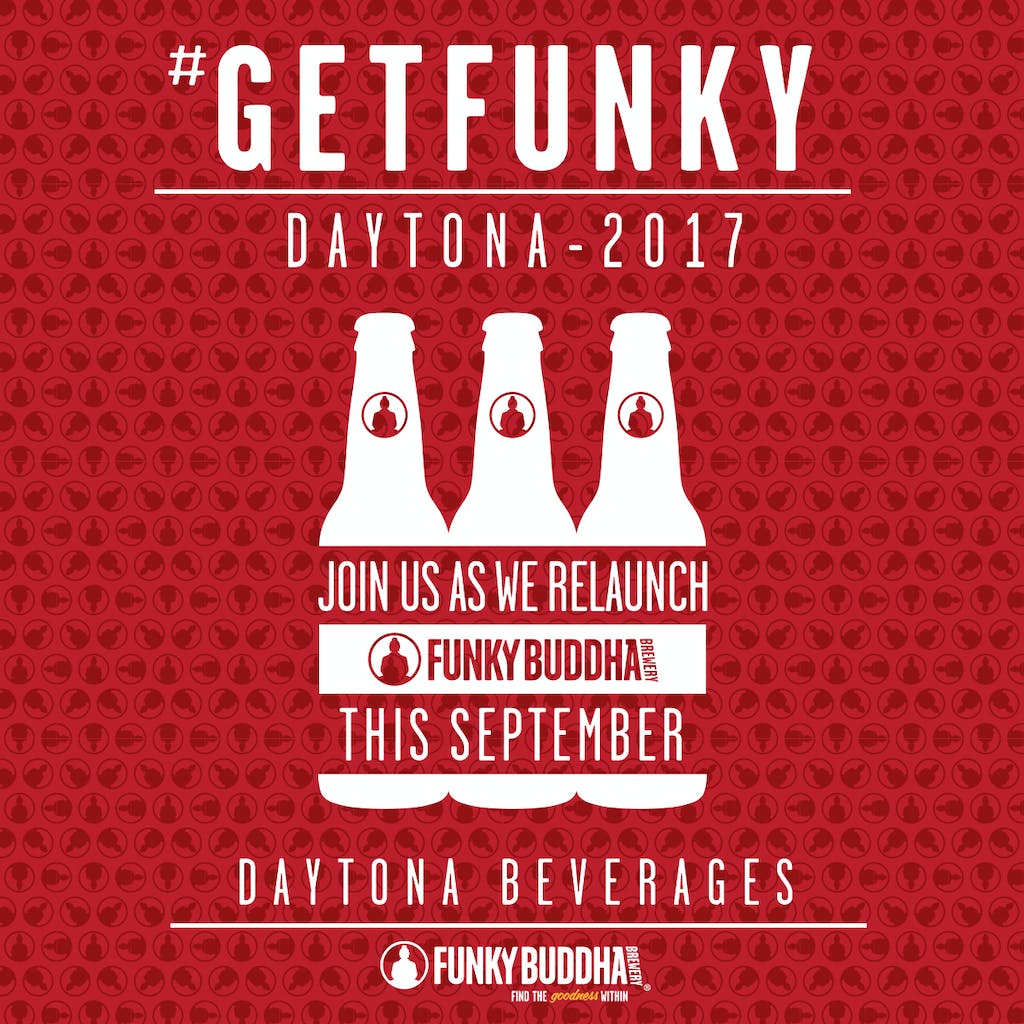 It’s time to get funky, Daytona!

We are happy to announce the relaunch of our brand in the greater Daytona area with our new distributor Daytona Beverages. Look forward to more Funky Buddha beers at all your favorite beer retailers, restaurants, and bars! In addition to our flagships and seasonals, keep your eyes peeled for Little Buddha Small Batch, Living Barrel Series, and other special release beers in the area. If you’re on the prowl for some funky suds, we highly recommend using our beer finder app.

We’ll be kicking off the launch by hosting a series of events this month at local bars and restaurants in the Daytona area. Details on those events are listed below:

Tap Enlightenment at Half Wall Deland

When: Fri, September 29, 6pm – 11pm
Where: The Half Wall Beer House – DeLand, 105 W Indiana Ave, DeLand, FL 32720
Join us as we continue our relaunch of Flagler and Volusia counties at Half Wall Deland, where a host of Funky brews will be on tap. See you there for a pint! Tap list: