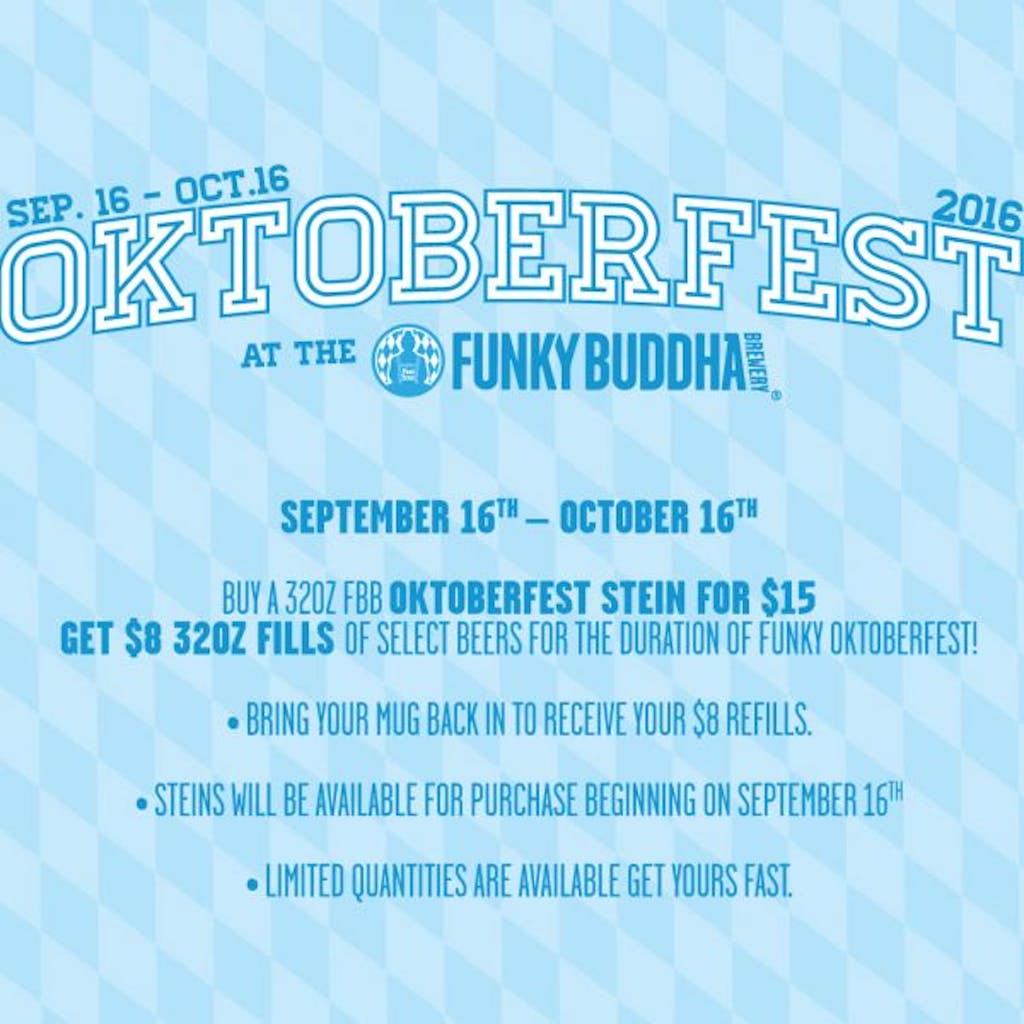 Funky Oktoberfest is back!

From September 16th until October 16th, we’ll be running a special Oktoberfest promotion in our taproom. Purchase a limited edition 32oz Funky Buddha Oktoberfest stein for $15 (first fill included) and get $8 32oz pours of select beers for the duration of Funky Oktoberfest! Steins will be available for purchase beginning on September 16th in limited quantities.

Our boy’s in the back brewed up some Authentic German-style beers for the Oktoberfest special including:

Floridian Hefeweizen, our unfiltered and refreshing German-style wheat beer that is full of flavor yet light on the palate.

Funky Buddha Buddhafest, Our traditional marzen festbier is made with a rich malt character and sports a deep amber color. This beer has a sweet caramel flavor with a delicate balance of traditional hops.

So grab a stein, fill it up, and enjoy. Prost!

Our head chef also wanted to get in on the action by running a Craft Food Counter and Kitchen special everyday though Oktoberfest. Food specials include: