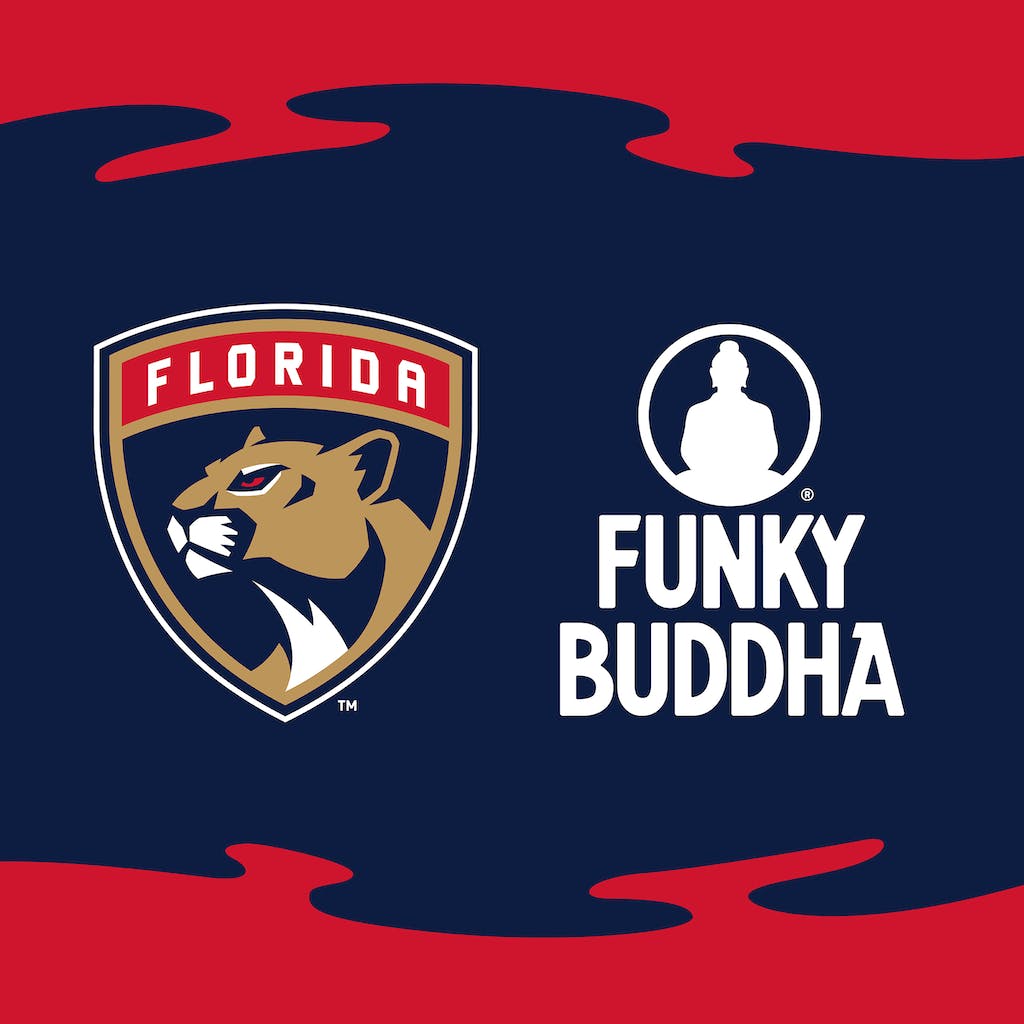 Get ready, South Florida hockey fans: Funky Buddha is back as Official Craft Beer of the Florida Panthers!  Cheer on the Cats with a cold Funky Buddha beer in hand all season long. GO CATS! 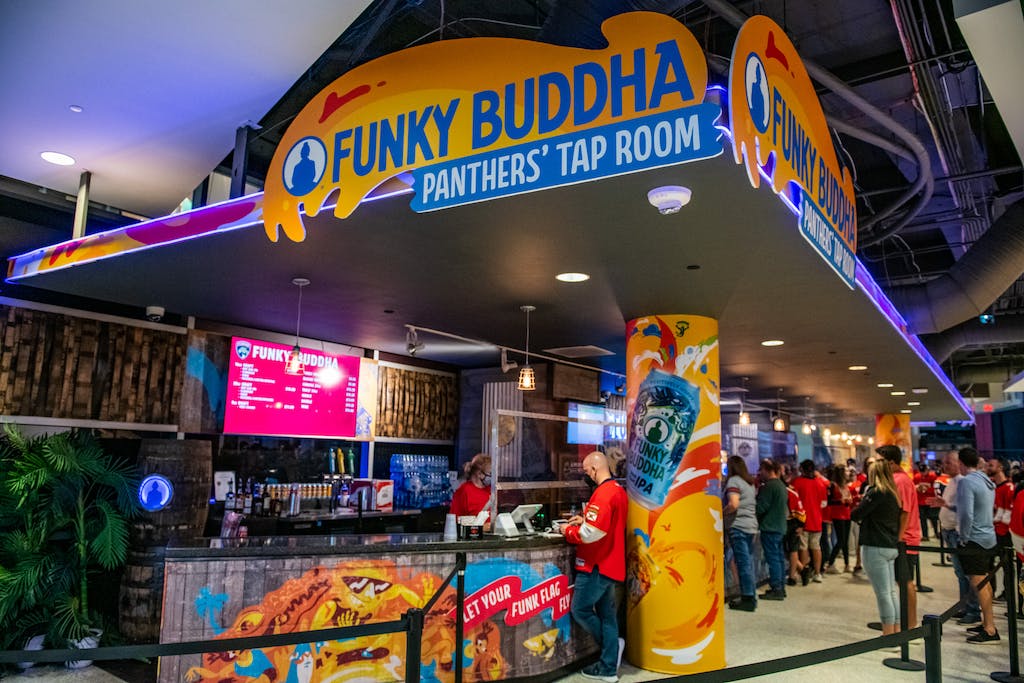 We are extremely excited to once again bring a one-of-a-kind Funky experience to FLA Live Arena. Located just across from Pantherland inside the main doors, the Panthers’ Tap Room has been revamped with vibrant colors, imaginative artwork, barrel stave decoration, and elegant LED backlighting to embody the spirit of Funky Buddha. Packed with twelve taps, this bar creates a unique “tap room” experience with a variety of ferociously funky draft beers and good vibes!

Come out to the Funky Buddha Tap Room located at the brewery in Oakland Park, FL and cheer on the Panthers in true funky fashion during their away games! Stanley C. and the Roar Corps will be in the house to bring the energy. All Territory Members will also receive 15% off their bill during the game. And if the Panthers win, anyone wearing Cats gear will receive a free core draft beer to celebrate.

We’ll be pouring up samples of Funky brews outside the Arena main arena doors on the tarmac, and giving away special merchandise with the first Panthers fans to arrive. (while supplies last)