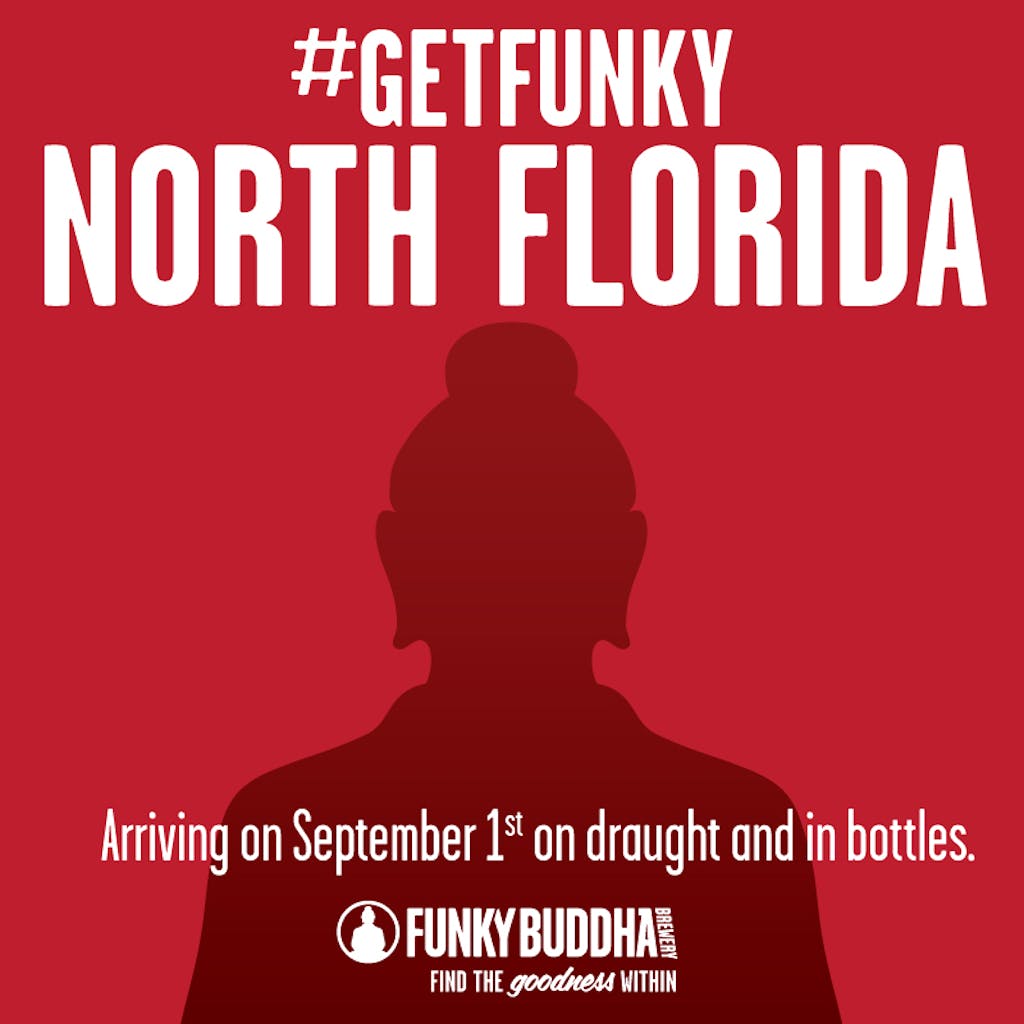 Funky Buddha is launching in the North Florida, Gainesville & Tallahassee areas on September 1st. Funky Buddha draft and bottles will be available starting on that date in retailers, restaurants, and bars throughout the area. Brown Distributing will be handling all sales and distribution.

Brands available at launch will include Funky Buddha’s best-selling flagships Hop Gun IPA and Floridian Hefeweizen, as well as seasonal and limited releases such as Sweet Potato Casserole Strong Ale and Last Snow (the later debuts on August 18th throughout Florida).

Funky Buddha will celebrate the launch with special events at partnering retailers. Please check out the lineup below for more information.

Tap Enlightenment at The Brass Tap Gainesville – Join us for a big selection of beers as we launch the swamp! Including Passionfruit Crusher, Nib Smuggler, More Moro, French Toast Double Brown, and more!

Tap Enlightenment at The Top – The Top is blowing off with a bunch of great beers on tap! Join us and meet the Buddha crew!

Funky Tapping at Tucker Duke’s Niceville – Join Tucker Duke’s as they tap Funky Buddha in the panhandle! Beers go on draft all day!

Tap Enlightenment at Brass Tap Downtown Tallahassee @ 7pm – Brass Tap Tally will be throwing down in downtown with a tap enlightenment featuring a bunch of limited beers like French Toast Double Brown. See you there!

Tap Enlightenment at Proof @ 7pm – Our buddies at Proof are closing out our launch week with some epic brews on tap including I’m So Excited I’m So Scared, Nib Smuggler, Passionfruit Crusher and more!

Tap Enlightenment at Brass Tap Panama City @ 7pm – Panama City is getting Funky with a tap enlightenment! I’m So Excited I’m So Scared, our imperial stout with vanilla and coffee, will be on tap as well as other hits.