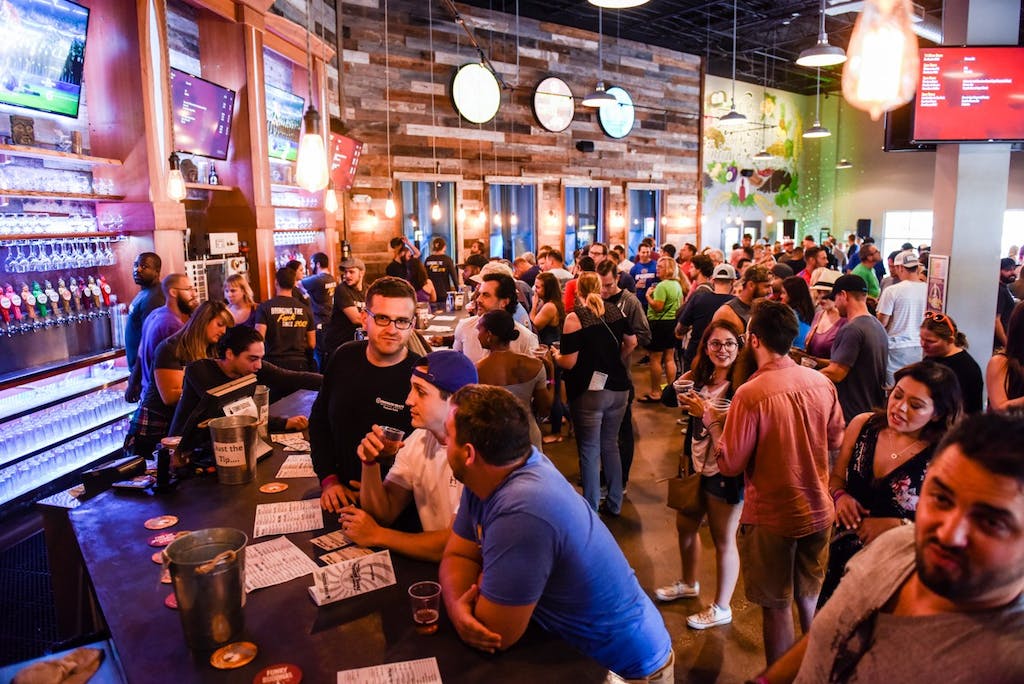 From gourmet food and beer pairings to an epic beer fueled bash to a hang over healing brunch, it’s safe to say our Four Year Anniversary was a huge success.

We kicked off the weekend with the Golden Ticket Tasting in our private banquet room. This luxurious tasting featured uniquely crafted food and beer pairings, unlimited beer tastings, and smooth jazz to tie it all together. With over one hundred people in attendance, Chef Jeff pulled out all the stops with fifteen delicious dishes that exceeded expectations.

On Saturday, we turned up the heat with our Beer Factory Bash, an all day celebration with special timed tappings, anniversary bottle four pack release, outdoor beer garden, live music, and food trucks! Throughout the day, we released some heavy, hitting beers including Last Buffalo in the Park, Love Below, No Crust, and more! We also debuted our four anniversary ales and special one-off beers such as Hawaiian Coffee, a Kona variant of our Barrel-aged Mexican Coffee Imperial Stout.

We finished off the weekend in style with our Pure Imagination Brunch. This swanky brunch feature, an intensely satisfying, all you can eat brunch buffet, special anniversary and barrel-aged beers, and of course beer-mosas.

Big thanks to everyone who came out this weekend to celebrate. Every year we are humbled by the outpouring support we receive and it drives us to keep doing what we’re doing. Cheers to four funky years!