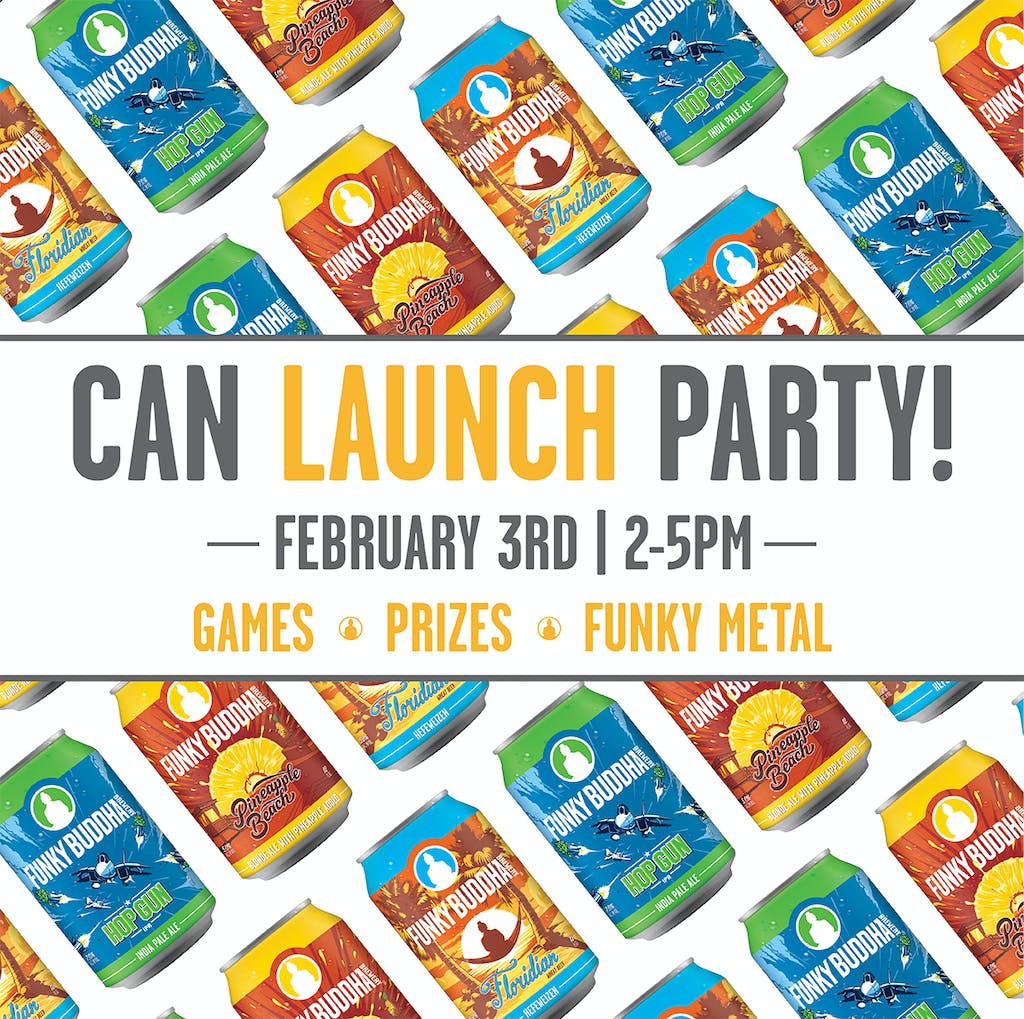 Can you swig it?!

We’re stoked on our new cans, so stoked that we’re going to throw a righteous can release party. Join us on Saturday, February 3rd for our can launch party from 2-5pm! We’ll have plenty of outdoor activities to help celebrate the launch including a live steel drum band, beer pong competition, and ice cold cans of Floridian, Hop Gun, and Pineapple Beach for just $4!

We’ll be selling six packs and cases of the cans to keep you covered for all your super bowl needs. Every purchase of a can six pack or more will include a Funky Buddha Koozie to keep that cold beer the way it was meant to be enjoyed. We’ll also be partying in conjunction with the first ever release of Last Snow Coconut & Coffee Porter in four-pack, 12-ounce bottles.