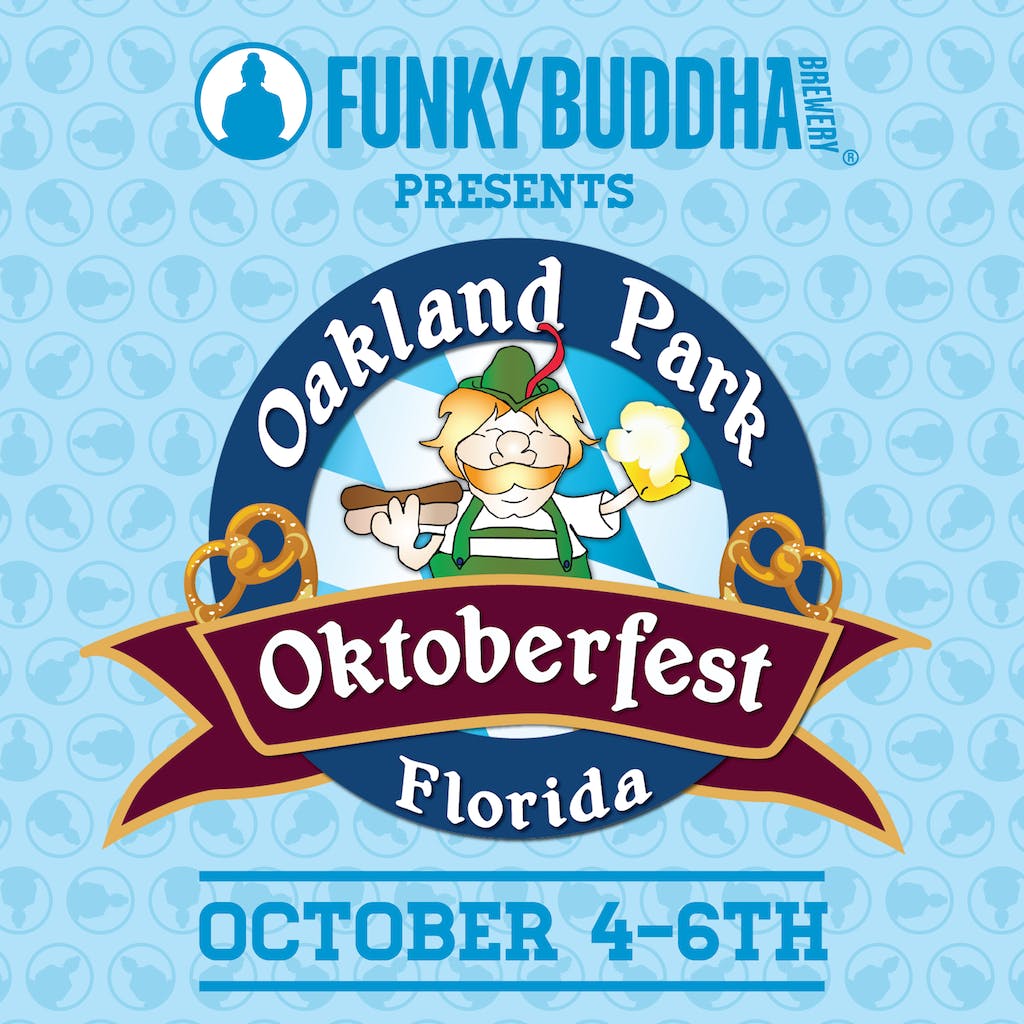 $5 admission for ages twelve and older

Children twelve and under admitted for free

Note that tickets are required for food and beverage and will be sold at ticket booth locations throughout the event.

Buddhafest Marzen: An Oktoberfest Marzen is brewed with Munich malts for a deep amber color and a bready flavor. 6% ABV

Our very own Craft Food Counter and Kitchen will be serving up authentic German-inspired dishes along with a few funky favorites.

Tap Room Pretzel $6
Our famous pretzel is made with spent grain from Floridian Hefeweizen and the beer itself.

Grilled Bratwurst $8
Beer-braised then grilled and served with our brewer’s cabbage, ale mustard, and caramelized onions on a fresh-baked poppy seed bun.

Brought to you by: