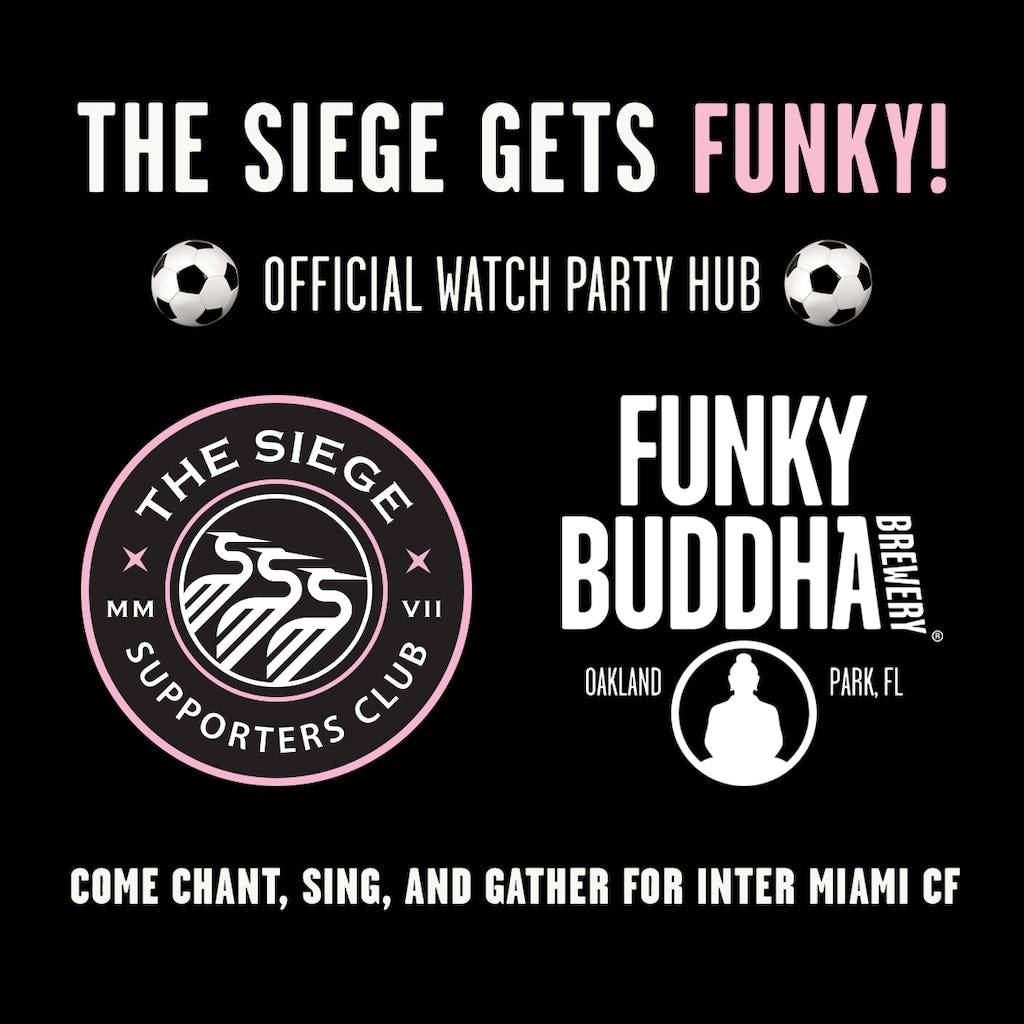 We are amped to be the official watch party hub for The Siege, Inter Miami CF’s most inclusive supporter’s club. Founded by all pillars of the soccer community: coaches, players and most importantly, fans – thier mission is to deliver a next level fan experience both at home and away. (and that’s where we come into play)

Siege Miami will be bringing high energy to the tap room with club chants, flag waving, and pure passion for the game. We will be displaying the matches (with sound on) our giant projector screens and flat screen tv’s across the tap room.

Members of Siege Miami will receive 20% off food, giveways, and happy hour pricing on beers during matches. JOIN THE CLUB HERE

The first watch party will be held on March 1st starting at 5:30pm. Inter Miami CF will be taking on the Los Angeles FC. Come chant, sing, and gather for Inter Miami CF!