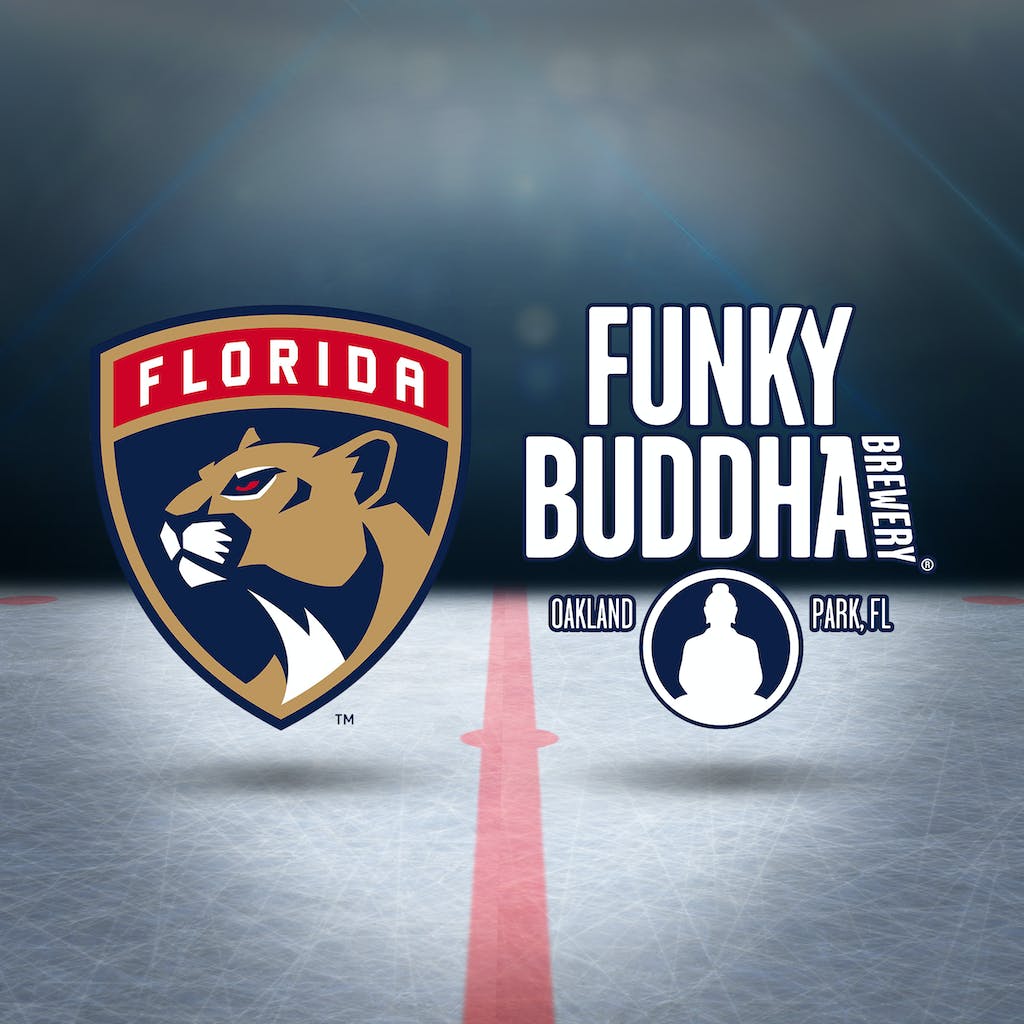 That’s right: starting this season you can cheer on your home team Panthers with a cold Funky Buddha beer in hand! As part of the partnership, the brewery is stoked to announce a brand new retail location inside the arena, the Funky Buddha Tap Room at BB&T Center! We’ve also collaborated with the Florida Panthers on their first ever beer made in honor of the team’s 25th Anniversary, Gloves Off IPA. This double hitter is coming at your hot starting on October 11th!

We are extremely excited to partner with the Florida Panthers to bring this one-of-a-kind Funky experience to the arena. The Funky Buddha Tap Room will be located just across from Pantherland inside the main doors at BB&T Center. The Funky taps will flow for the first time at the Panthers’ home opener versus the Columbus Blue Jackets on October 11th. This brand new bar will be decked out with custom wood-grain walls, barrel stave decoration, concert-style poster art, elegant LED backlighting, and twelve taps, creating a unique “tap room” vibe. This cool new spot will be just the place for fans to enjoy some Funky suds as you cheer on the Panthers!

In addition to the Tap Room, Funky Buddha has teamed up with the Panthers to throw down on Gloves Off IPA, a beer brewed in honor of the team’s milestone 25th Anniversary.

This true collaboration all began when we sat down with the Panther’s staff this summer, including Panthers alum and current Senior Vice President, Shawn Thornton. With a queue from Thornton’s “enforcer” past – and our mutual love for intense hops – we were inspired to brew an IPA with hard hitting hop flavor. After some deliberation we decided to combine the aromatic hop intensity of a hazy, New England-style IPA with the muscular malt backbone of a red ale. And just like that, Gloves Off IPA was born. This one-two punch of hops and malt clocks in at 5.5% ABV and 37 IBUs.

Tasting notes: Gloves Off is a New England-style red ale ferociously dosed with Amarillo and Mosaic hops for notes of tropical fruit and pine. Its heavy-hitting hop aroma and flavor is balanced out with caramel malts and flaked oats for a ruddy hue and hazy complexion.

Join us at BB&T Center on October 11th for the first chance to experience the Funky Buddha Tap Room at BB&T Center and the new Gloves Off IPA! We’ll be pouring up samples of Funky suds outside the Center main arena doors on the tarmac, and giving away special merchandise with the first Panthers fans to arrive (while supplies last).

See you at the stadium as we cheer on the Florida Panthers with a Gloves Off IPA in hand! Snag your tickets for the home opener on October 11th today at FloridaPanthers.com/ticketcentral