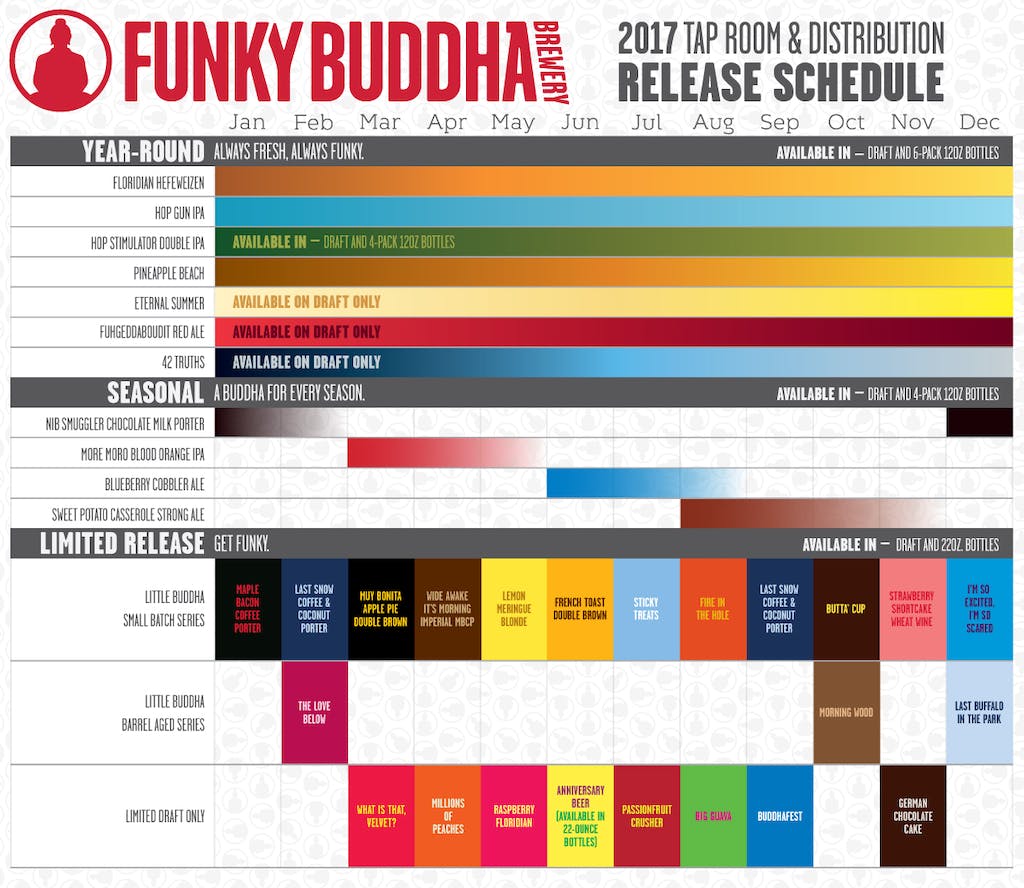 Funky Buddha Brewery, based in Oakland Park, Florida has announced its 2017 release schedule. This long-awaited lineup will include new year-round beers to add to the brewery’s ever-growing portfolio of craft brews, in addition to a whole year’s worth of entries in the “Little Buddha Small Batch” as well as a new roster of limited release draft-only beers.

2017 will also see Funky Buddha grow its year-round stable of beers with the inclusion of taproom draft favorites like Fuhgeddaboudit red ale and 42 Truths Florida Pale Ale alongside new releases like our blonde ale Eternal Summer as well as new limited releases draft-only beers like Millions of Peaches, What is that, Velvet?, and Passionfruit Crusher.