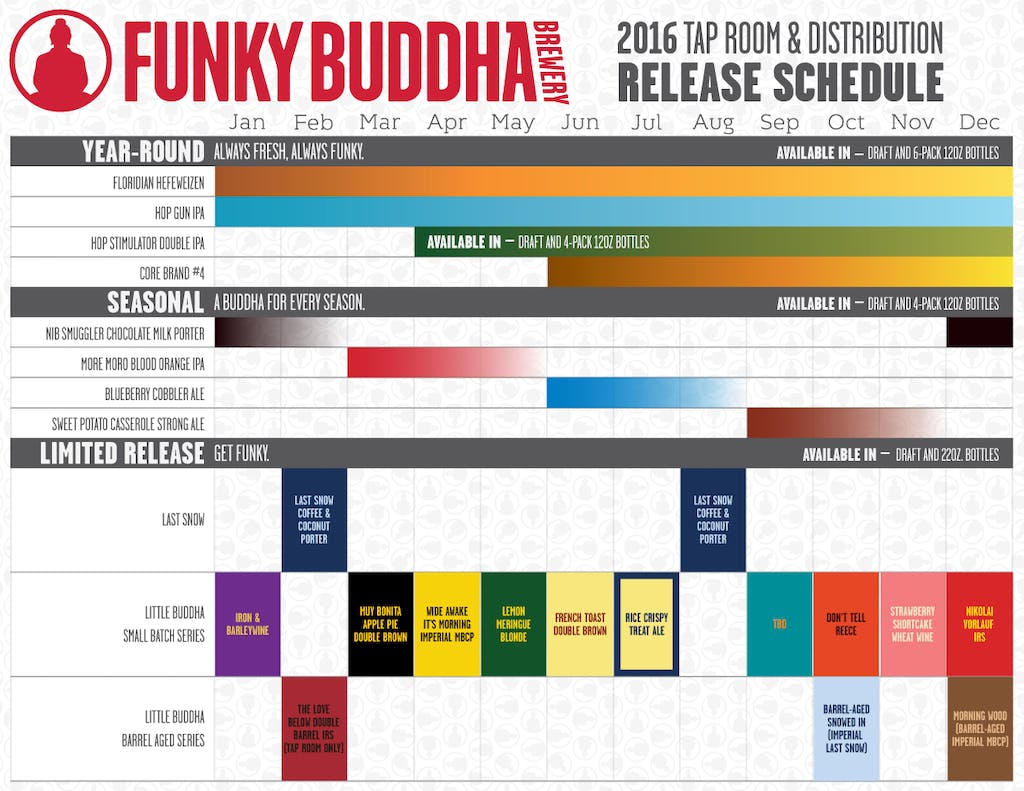 Funky Buddha Brewery, based in Oakland Park, Florida has announced its 2016 release schedule. This long-awaited lineup will include a new year-round beer to add to the brewery’s portfolio of boundary-pushing craft brews, in addition to a whole year’s worth of entries in the “Little Buddha Small Batch” series.