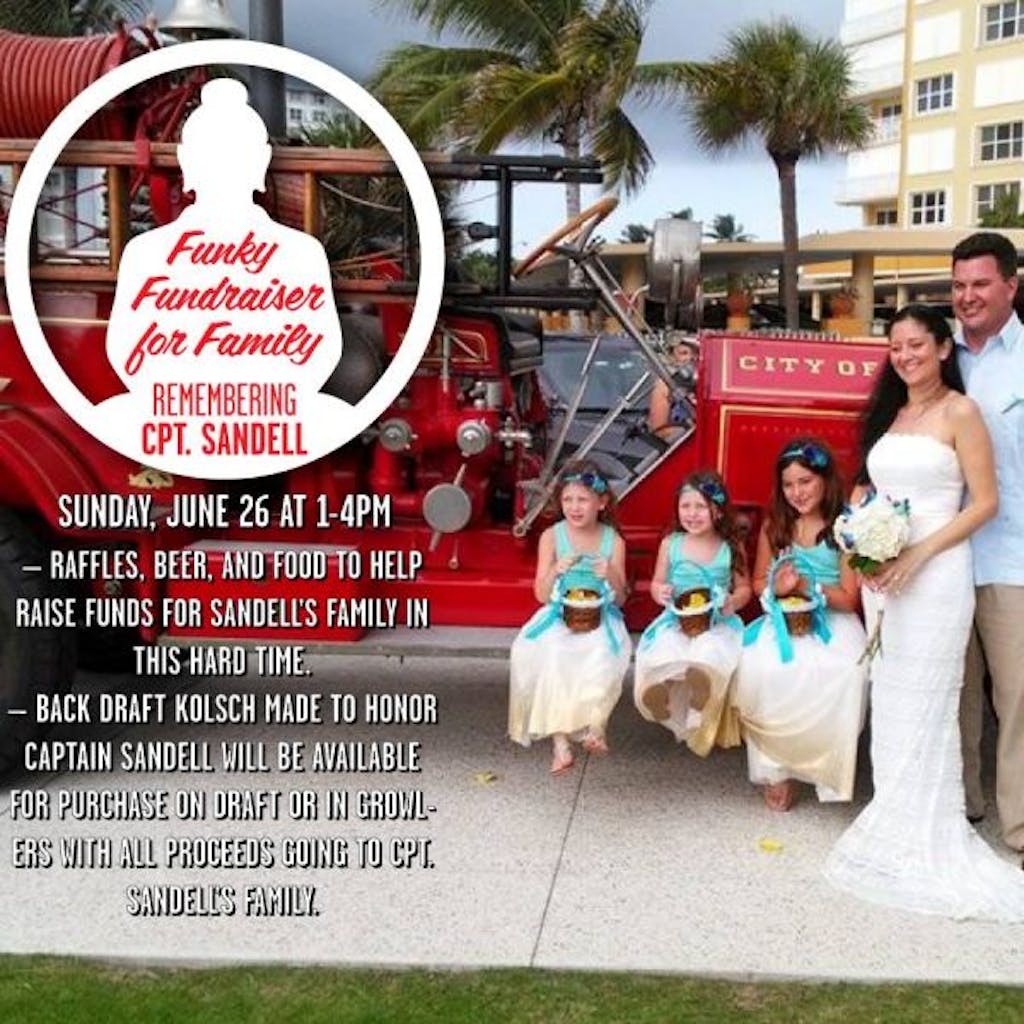 Fundraiser for the Family of Captain Richard V. Sandell Jr

We invite you to join us and the family, friends, co-workers and neighbors of Captain Richard V. Sandell, Jr. for a fundraiser at Funky Buddha Brewery in Oakland Park on Sunday, June 26th at 1pm.

Richard passed away on March 2nd, and is survived by his loving wife, Diana; daughter, Lauren; newborn son, Richard V. Sandell III and many more family and friends. Richard was a loving husband and father, and an 18 year veteran of Pompano Beach Fire Rescue, where he held the rank of Captain. We hope to raise as much money as possible for Richard’s family to get them through this hard time.

We have brewed a special beer called “Back Draft Kolsch” in his honor, and 100% of the sales of this beer all day will be donated. We will also offer Back Draft Kolsch in growlers to-go, and donate the proceeds. There will be raffles, beer, food, memories and a great time remembering a great man.