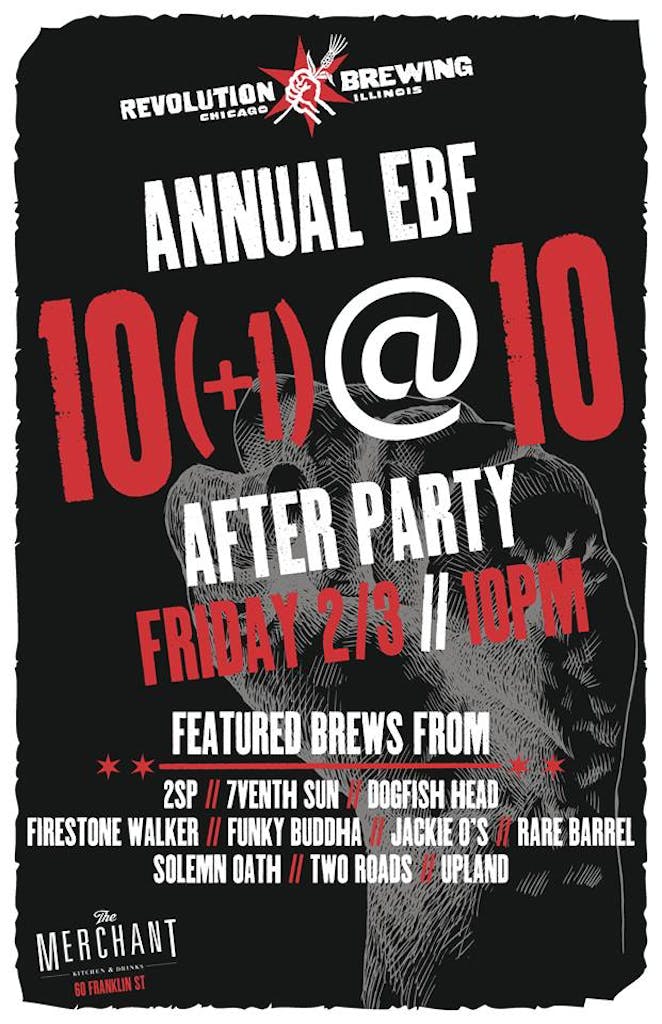 Things are about to get EXTREME! Revolution Brewing is hosting an epic Extreme Beer Fest After Party at The Merchant Kitchen & Drinks. The event will include ten breweries, 10 beers, at 10 o’clock, hence the name 10@10!

For those of you who may not know, Extreme Beer Fest is an annual festival that showcases some of the most creative and mind blowing craft beers, a celebration of brewers who push the boundaries of brewing and raise a fist at the norm. This years EBF will be held on February 3-4, 2017 at the Seaport World Trade Center in Boston, Massachusetts and hosted by BeerAdvocate.

We’re beyond stoked to be apart of both events. At the after party, they will be pouring our decadent Neapolitan Porter, a rich milk porter that incorporates vanilla, strawberries, and chocolate, along with some other creative brews from The Rare Barrel, 7venth Sun Brewing, Dogfish Head, and more!

Get your chance to try our Neapolitan Porter and other awesome beers by going to Extreme Beer Fest 10@10 After Party. Event is FREE and open to all 21+. No EBF tickets necessary.