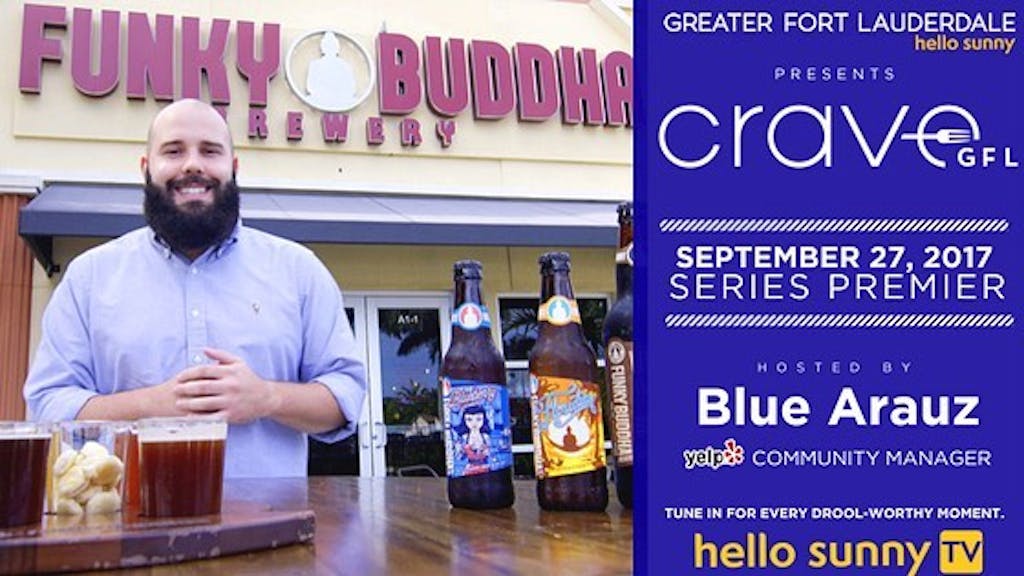 The first episode premiered on September 27th and featured a behind the scences tour of Funky Buddha Brewery. Blue started his funky adventure in the tap room and sampled a unique lineup of flagship and limited beers including our Floridian Hefeweizen, No Crust Peanut Butter & Jelly Brown Ale, and more. After having some tasty suds in the tap room, Blue headed over to the Craft Food Counter & Kitchen for some yummy grub. Our Exectutive Chef, Jeff Vincent, brought out all the stops and paired some our best selling dishes with our most delectable beers. The episode ended with a euphoric tour of brewing bliss given by our Brand Ambassador, Adrian Morales. Check out the full episode below and all new episodes on Hello Sunny TV.