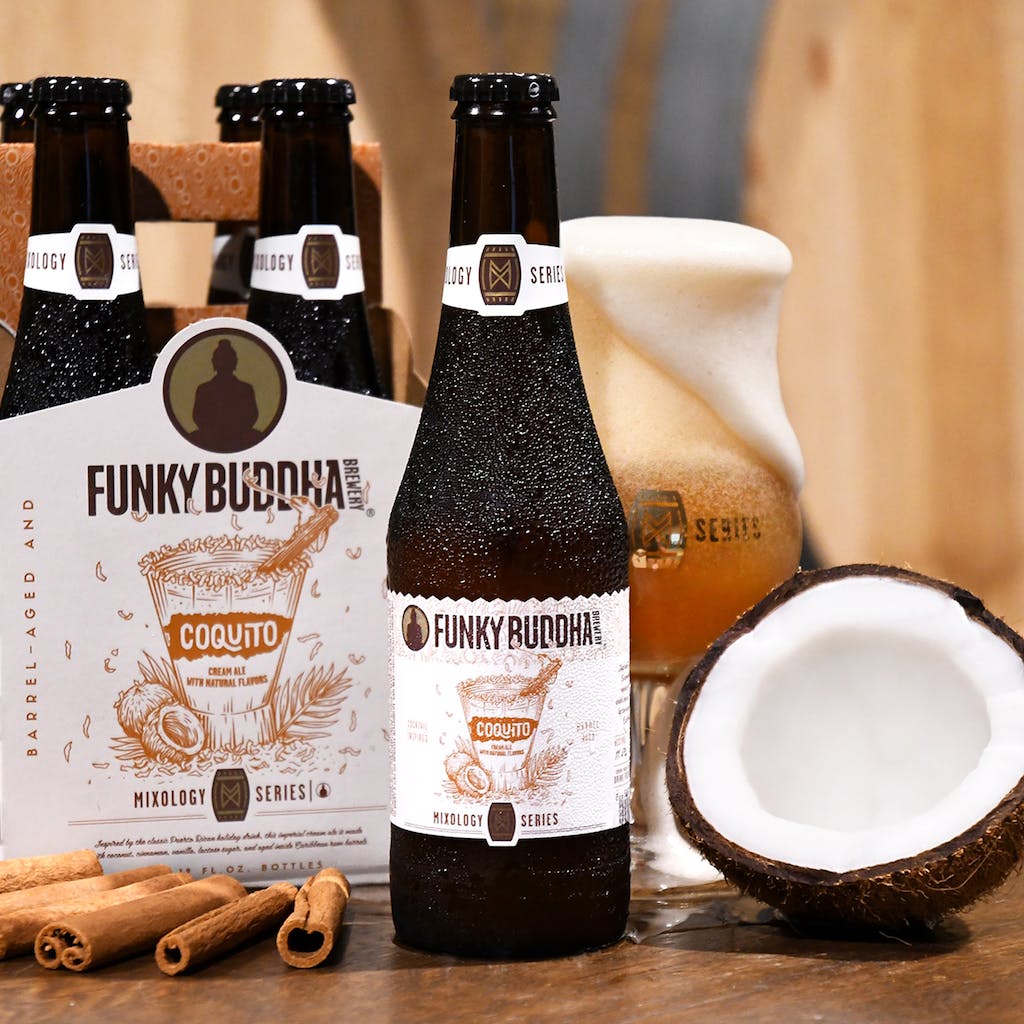 Coquito Returns to the Mixology Series in September 2020

Christmas came early… Coquito is back!

Inspired by the classic Puerto Rican holiday drink, this imperial cream ale is made with coconut, cinnamon, vanilla, lactose sugar, and aged inside Caribbean rum barrels. It was such a huge hit last year that we had to bring it back for fall/winter season.

Four-packs of Coquito are now available in the tap room and hitting shelves across the state of Florida. Check our Beer Finder to find it near you!

To create the ultimate beer version, we started with an imperial cream ale brewed with lactose sugar for a creamy body and mouthfeel. The beer is then sent for an extended stay inside Caribbean rum barrels to impart characteristics of sugar cane and oak. Finally, we blend the beer with coconut, cinnamon, and vanilla for luscious notes reminiscent of the holiday drink.