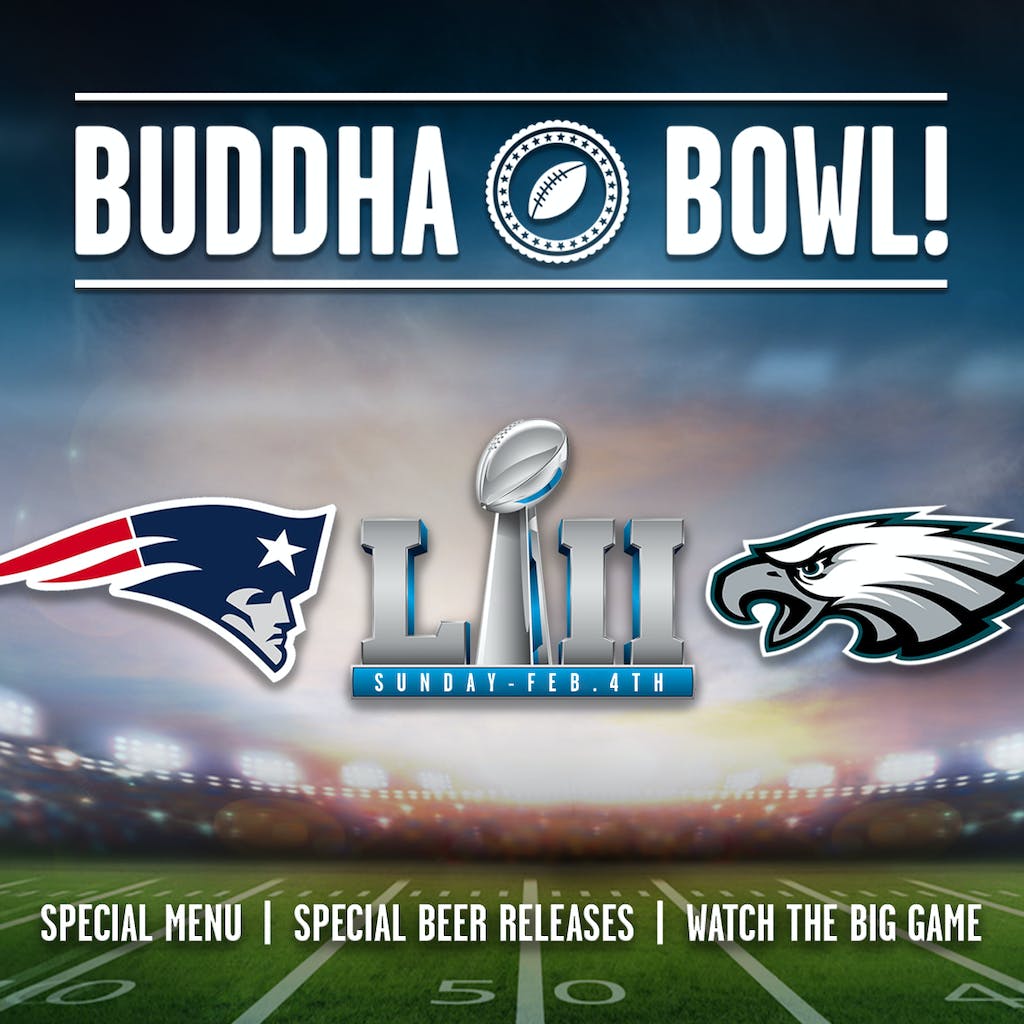 Come out on Sunday, February 4th for the Big Game at the Buddha!

It’s safe to say that we’re ballin out for this year’s Super Sunday. We’ll be displaying the game on four projectors screens and over ten tv’s with surround sound across the entire tap room.

Here’s a breakdown of all the goodness that’s going down:

We’ll be keeping our draft lines stacked with funky favorites, limited releases, and timed tappings of our most sought after beers.

Last Buffalo in the Park Variants:

We’ve created three limited versions of Last Buffalo in the Park by aging each in various styles of superior Bourbon barrels. Although we can’t market the names of the brands, we are accentuating the unique nature of these bottles by hand waxing them in separate colors, stamping the wax on each bottle, and affectionately referring to them by code names: Louisville (marked with a B) is smooth and balanced. Lawrenceburg (marked with an R) brings vanilla notes to the forefront. Over Proof (marked with a T) is boozier with an added lick of charred oak.

Bottles will be available exclusively at the brewery on Sunday, February 4th starting at 11:30am. 22-oz bombers will go on sale for $30 each with limits of one per person. We’ll also be serving a special flight that includes all three variants plus the original Last Buffalo in the Park to help you make your pick!

We’ll be filling crowlers of all our year rounds along with special fills of Rum Barrel-Aged Pina Colada and Juicing Room.

We’ll be selling our brand new cans of Floridian, Hop Gun, and Pineapple Beach all day long for just $4! We’ll also be selling six packs and cases of the cans to keep you covered for all your weekend needs.

Our in house kitchen will be whipping up some game day inspired specials to pair with our bold, flavorful beers.