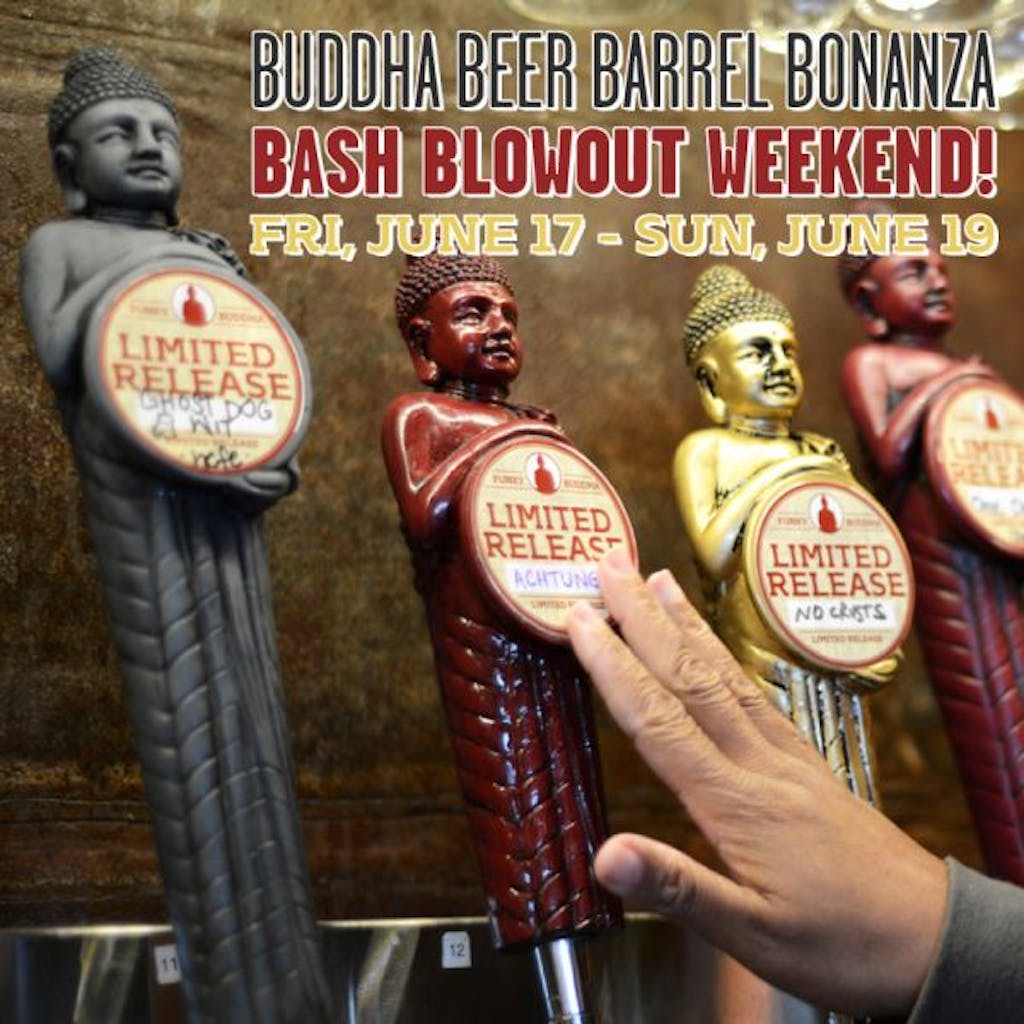 Maybe you haven’t heard but our Anniversary party got rained on so we’re finding the silver Lining and throwing a Buddha Beer Barrel Bonanza Bash Blowout Weekend from June 17th until June 19th.

We’ll be pouring through some great beers as well as some of our closest friends’ greatest suds.

For a limited time starting immediately, all bottles of Three Years & Brewing Anniversary IPA and Barrel-Aged Chocwork Orange will be available for purchase at our taproom, no per-person limit!

We’ll also be selling starting immediately $50 Bomber 4-packs (while supplies last) which include two bottles of 3 Years & Brewing Anniversary IPA, one bottle of Barrel-Aged Chocwork Orange, and one bottle of Lemon Meringue Pie Blonde Ale. All packaged up in our custom printed 4-bottle carrier bag.

Starting on Friday, June 17th at 5pm we are tapping some pretty beastly brews, which will go on throughout the weekend.