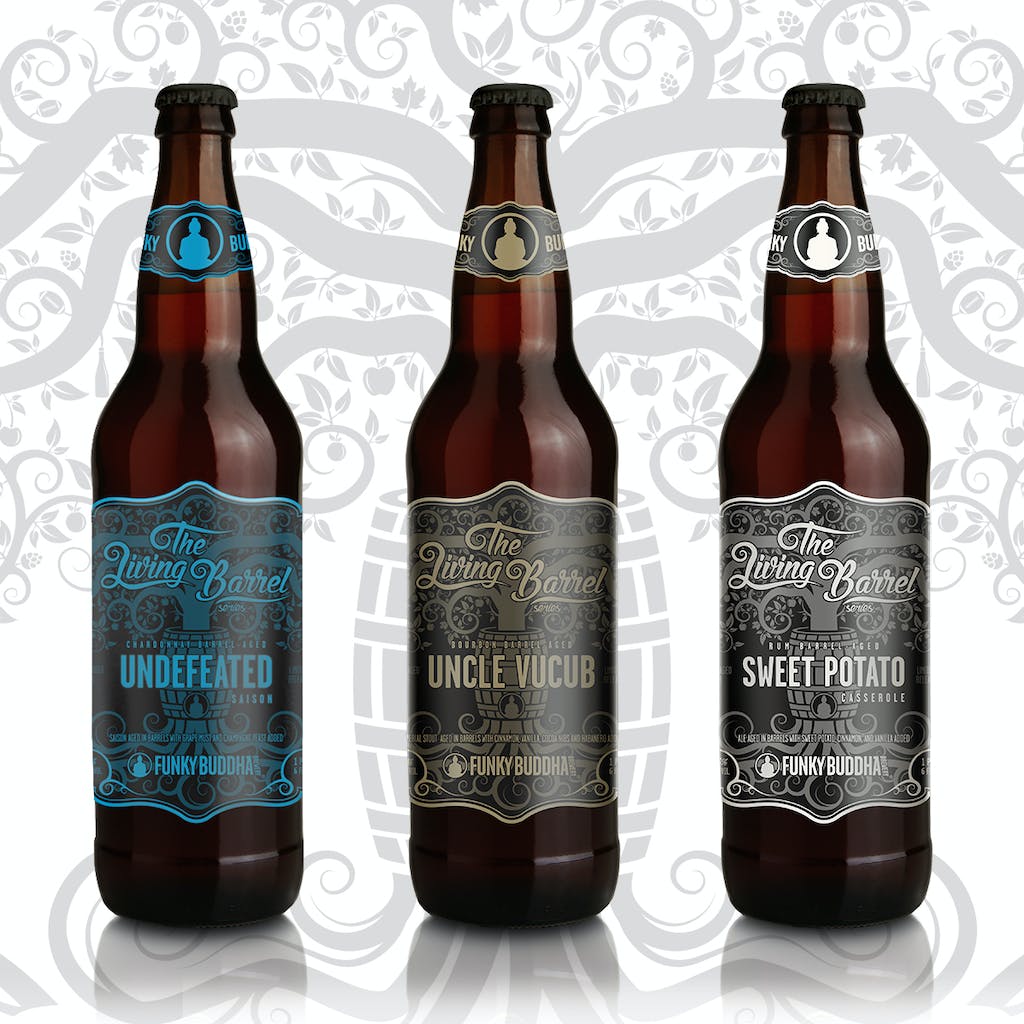 Additions to The Living Barrel Series

We’re happy to announce the release of our next round of Living Barrel Series beers! We have three heavy hitters scheduled to be released in the upcoming months.

The first to step up to the plate is Rum Barrel-Aged Sweet Potato Casserole, our take on a seriously delicious fall beer. This yam good strong ale is packed with gooey marshmallow, fall spices, gobs of real sweet potato, and aged inside rum barrels. These decadent Jamaican barrels compliment the fall spices with notes of dark fruit, vanilla, molasses and a very warming finish with undertones of caramel and pepper. Rum Barrel-Aged Sweet Potato Casserole will be released exclusively in our tap room on Sunday, September 24th starting at 11:30 am. 22 ounce bottles will go on sale for $20 each with limits of two per person. So let’s pump up the yams and savor the season with this fall-inspired treat!

Next up is Chardonnay Barrel-Aged Undefeated Saison, our tribute to Miami’s own football team who began a campaign of perfection that no other organization had ever achieved. This saison is blended with real Chardonnay and Pinot Noir grape must and finished off with Champagne yeasts to create a beer that drinks like some fine bubbly. An additional stay inside chardonnay barrels leaves this brew with characteristics of lemon peel, green grapes, vanilla, and oak. We’ll cheers to that!

Last but most definitely not least is Bourbon Barrel-Aged Uncle Vucub. This imperial stout is brewed to be big, bold, and strong just like the Mayan sports god. (and may or may not be inspired by our good friends over in Tampa) A thick body using oats and lactose is complimented by plenty of complex chocolate, cocoa, and caramel undertones. We then blend it with real cocoa nibs, cinnamon, vanilla, and habanero peppers for a taste that recalls a Mexican chocolate mole. This imperial stout is then aged inside Bourbon barrels to accentuate the natural flavors and adds extra spice with notes of vanilla and oak.

The Living Barrel Series beers will be released in 22 ounce bottles through our tap room – some of the beers will go to distribution throughout Florida as well. The first two, as seen above, are set to be released exclusively in our tap room and Bourbon Barrel-Aged Uncle Vucub will be released exclusively to our Imperial Club members, with any remaining bottles released to the general public thereafter. Keep an eye on our website and social media channels for more updates on quantities and release dates. Cheers!