From the humble barstool to the shared brew at the end of a long day, beer brings people together in so many amazing ways. That's why at Funky Buddha, our goal is to build a funkier community. We believe through community outreach, philanthropy, and activism, we can make the world a funkier place - one beer at a time.

Through our collective efforts, we have proudly raised over $300,000 for charity since inception.

Apply For A Donation

We’re proud to be funky! Diversity is what makes us stronger as a community, and we want to celebrate that. We strongly believe in supporting causes that help foster an equal and equitable life for all. 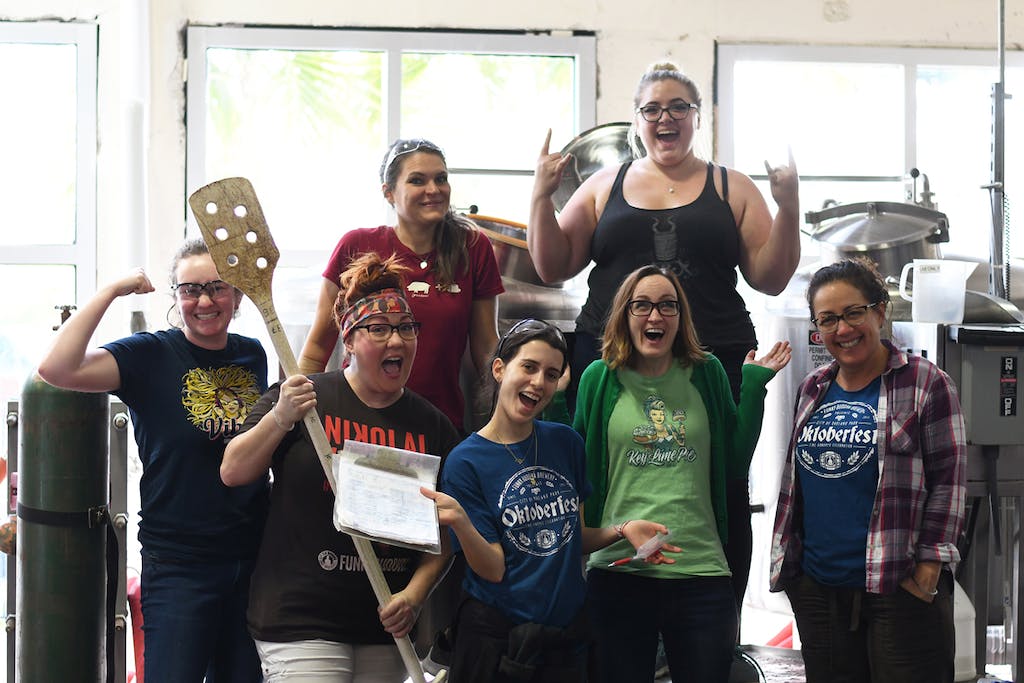 We launched Women’s Brew Day in support of our vital female staff members, encouraging their creativity in brewing and expressiveness, and donating proceeds of these beers to the National Breast Cancer Awareness Foundation. 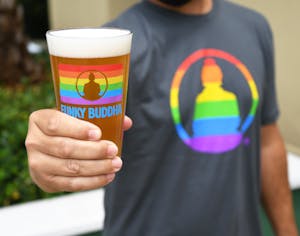 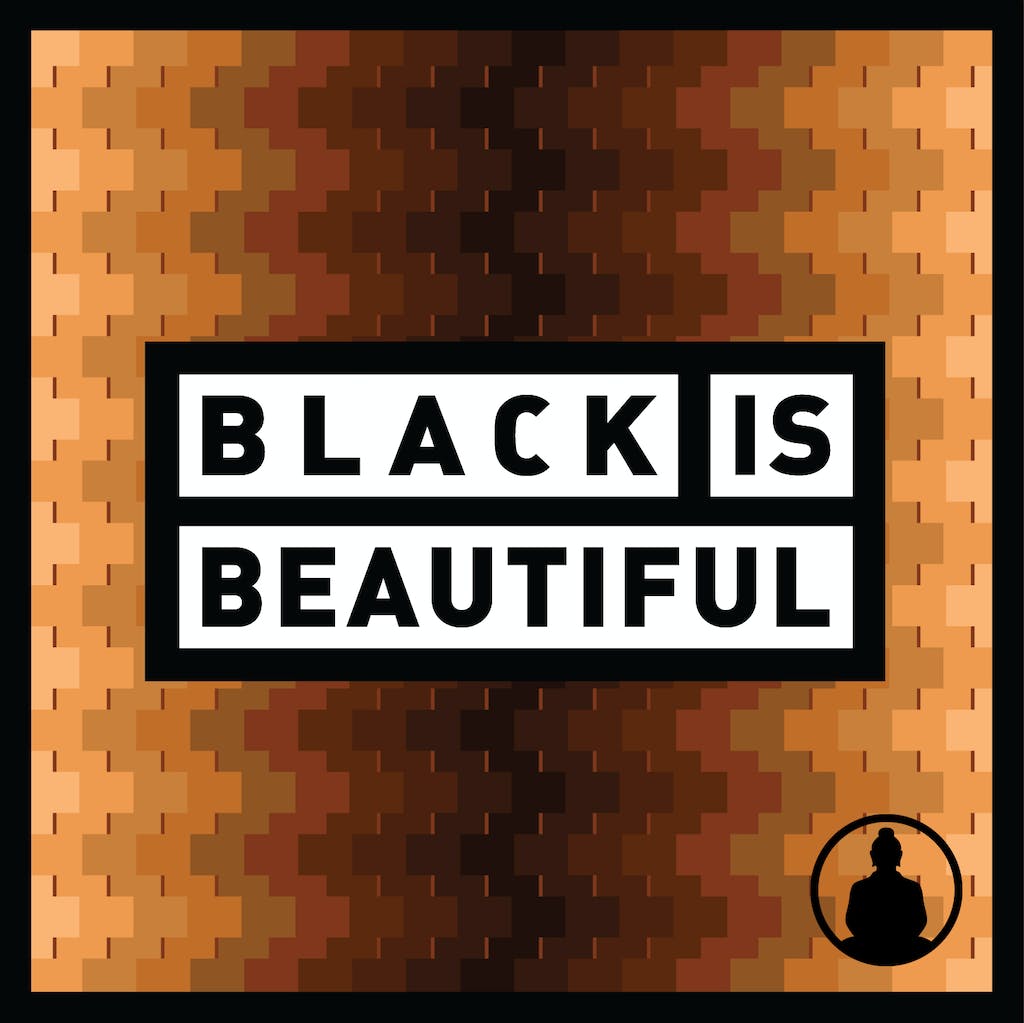 Created by Weathered Souls Brewing Co., #BlackIsBeautiful is a collaborative effort among the brewing community to show that beer is an inclusive place for everyone of any color. We brewed a robust 9.5% imperial stout, with 100% of all sales going towards the ACLU of Florida to support the fight for racial justice. 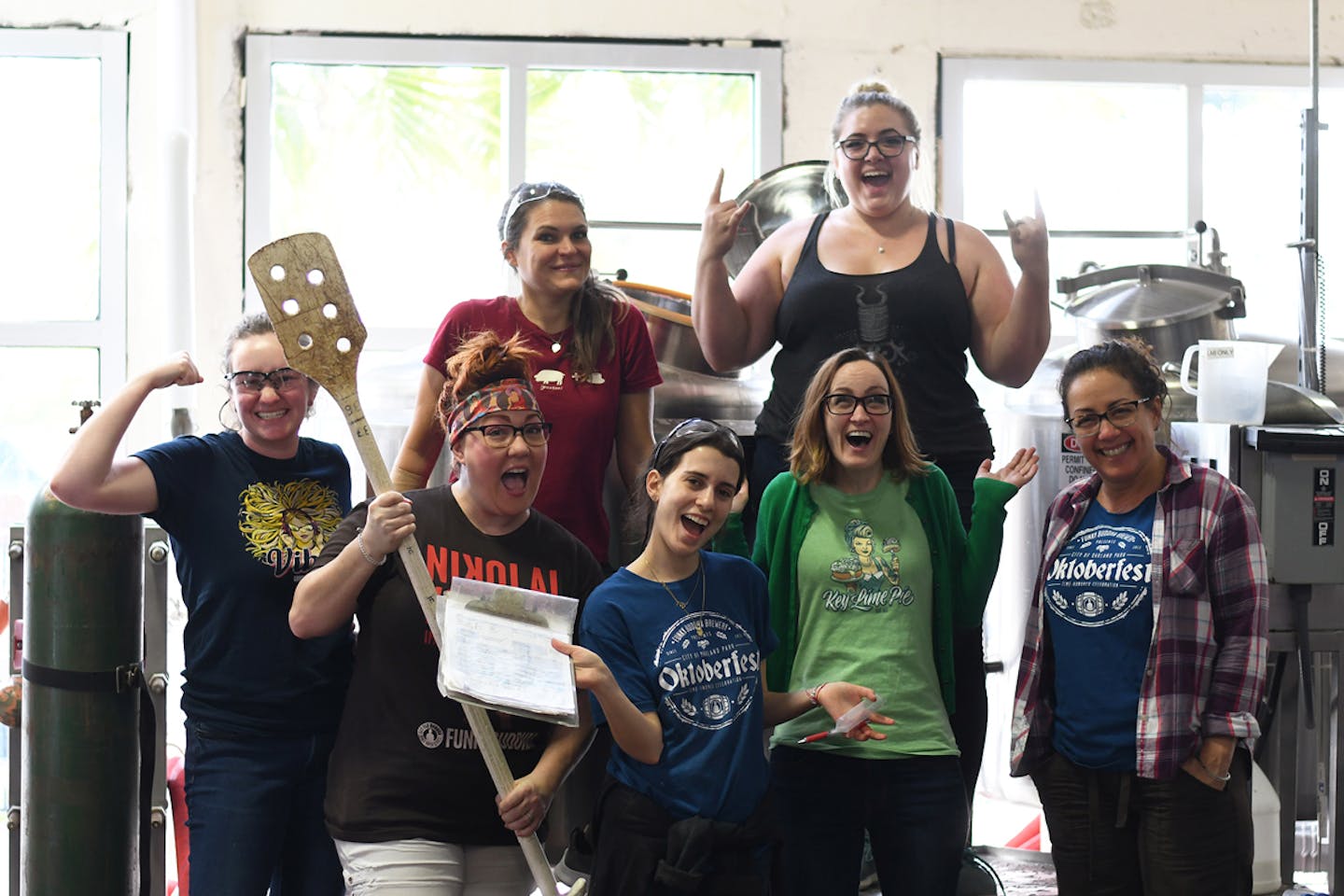 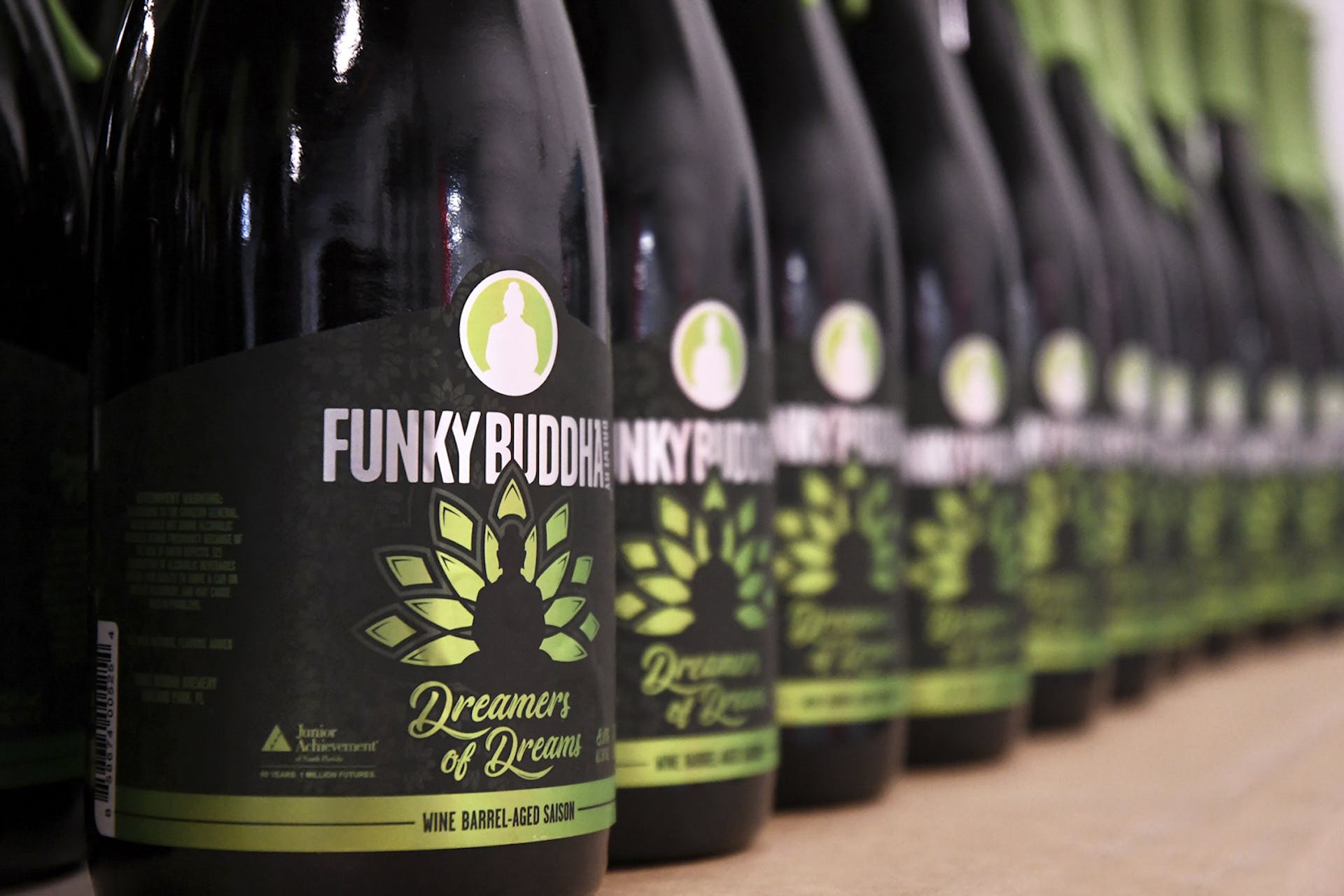 We believe a brewery is not only a place to have a beer but a community hub for families and friends. As a family business started by the Sentz family, helping families and their children is at the core of our company values.

Beers for the Biz 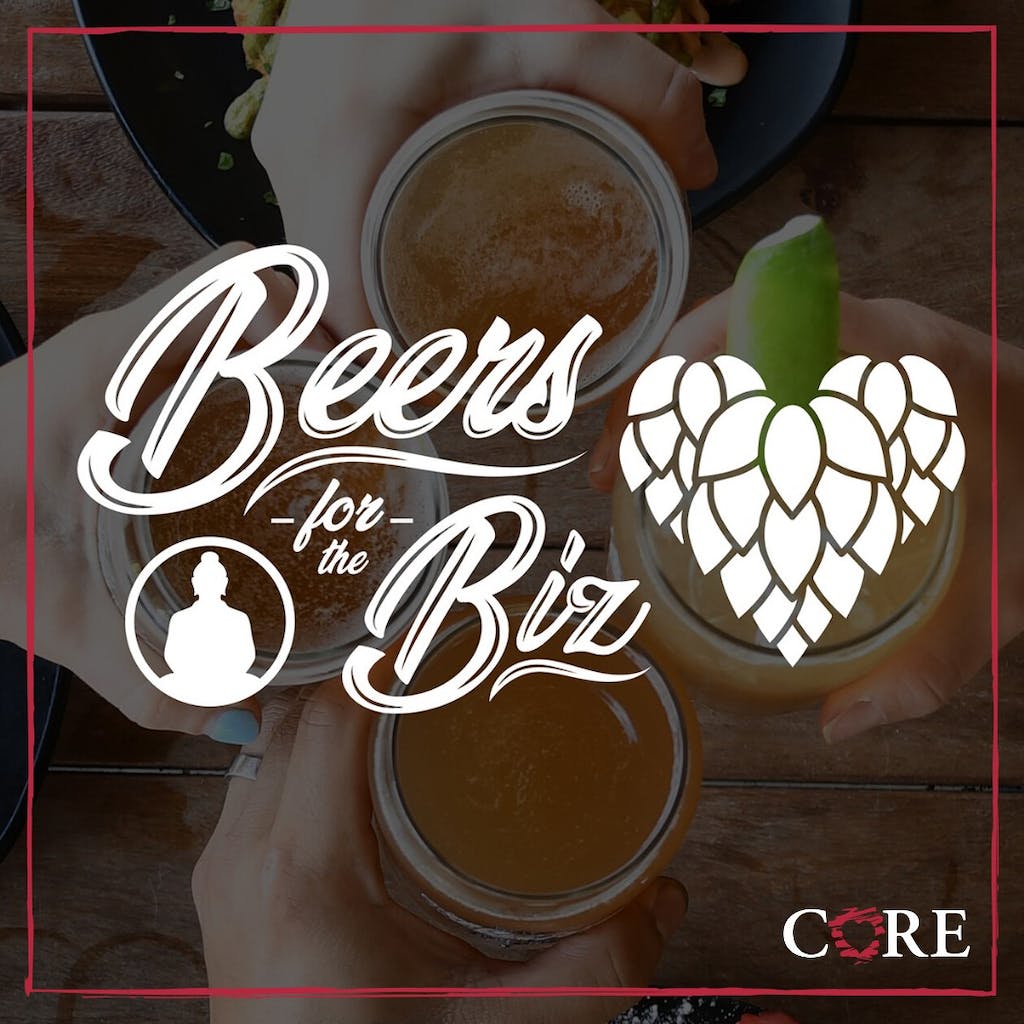 Beers for the Biz is a project created to bring aid and awareness to families in the service industry affected by COVID-19.

Through Beers for The Biz, we’ve partnered with CORE: Children of Restaurant Employees, a non-profit that specializes in providing grants to food and beverage industry workers with children who are faced with a medical diagnosis, illness, injury or affected by a natural disaster and are in need of help.

Funky Buddha Brewery donated $ 1 per case of beer sold in April 2020 to CORE.

In total, Funky Buddha raised over $20,000 for CORE to assist service industry families affected by COVID-19. 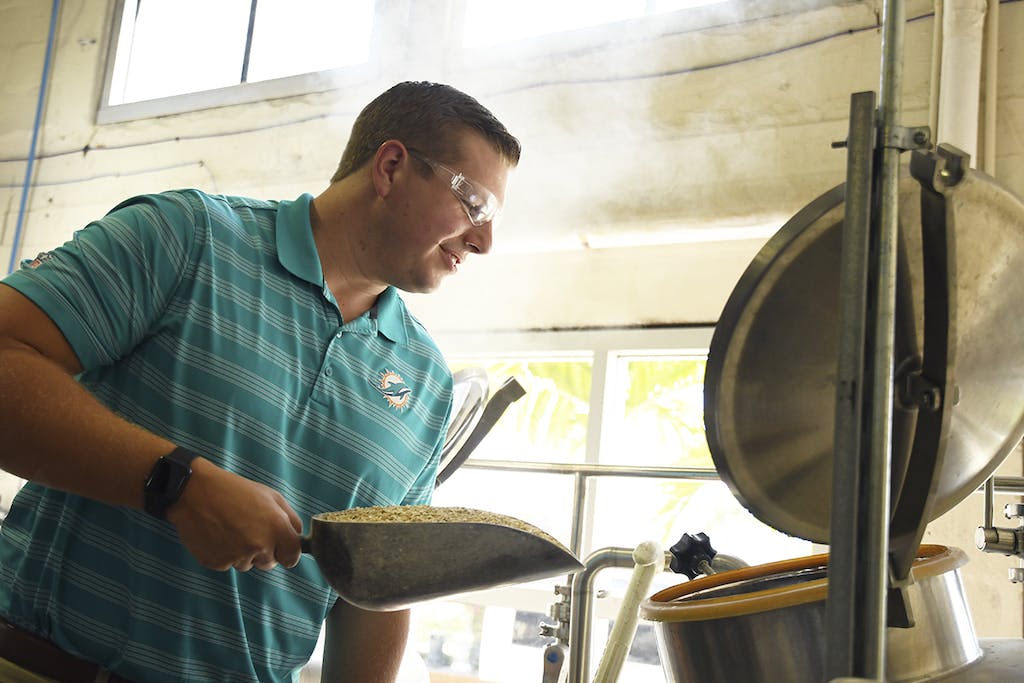 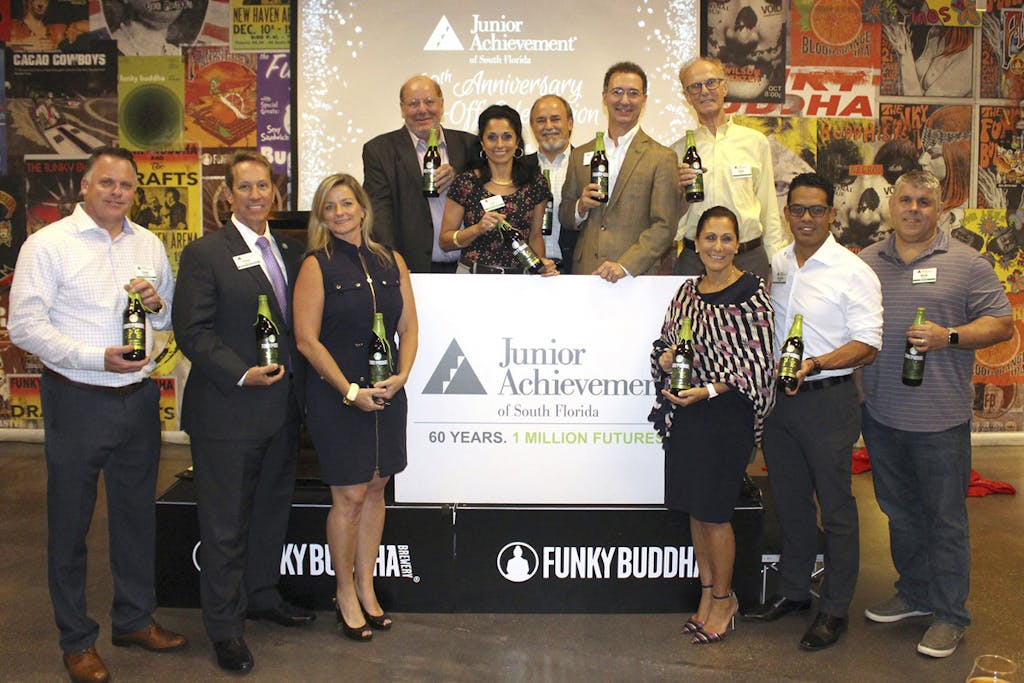 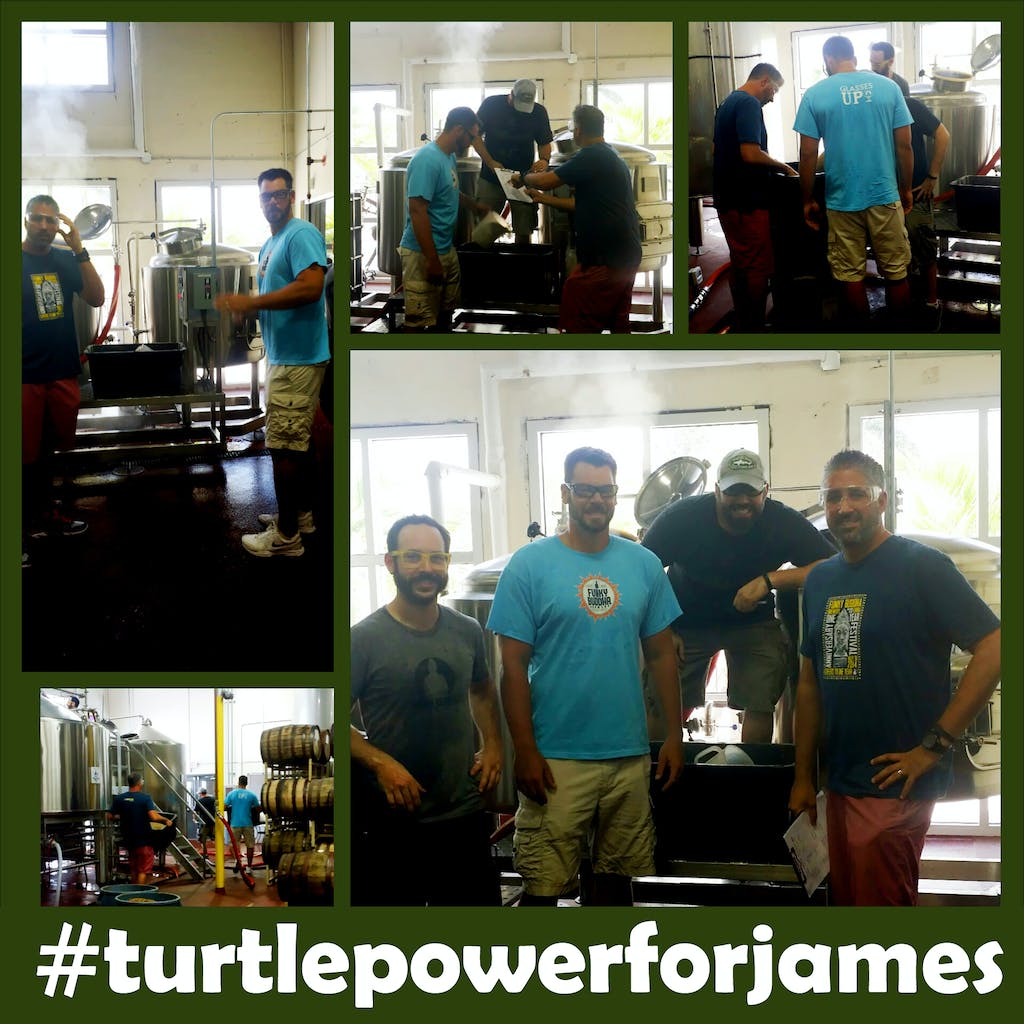 A beer created to benefit the Edwards Family whose son James suffered a terrible swimming accident, but continues to fight with incredible strength.

The Heart Gallery’s mission is to provide innovative programs that help to promote the adoption and enrichment of Broward’s foster children.

Whiffle Blast is a yearly sporting event to benefit children battling cancer and pediatric emergencies. Funky Buddha is a sponsor and fields a team annually. 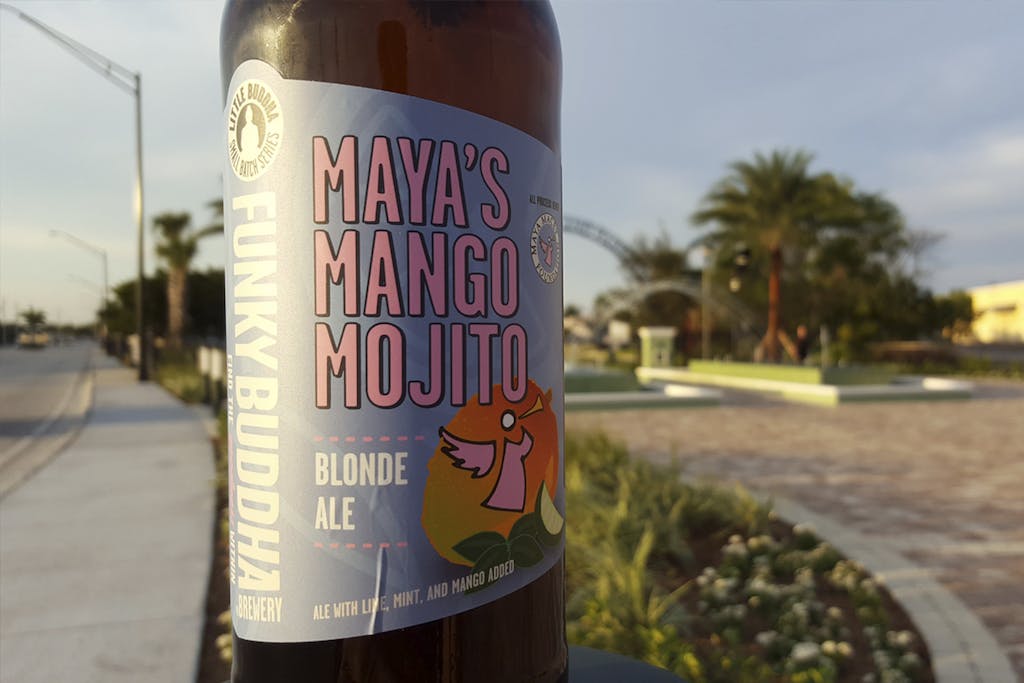 Named after a beautiful little girl who passed away four days after she was born, the Maya Macey Foundation provides scholarships for students who have overcome adversity. Maya’s Mango Mojito blonde ale was brewed to raise proceeds for the foundation.

You can’t make great beverages without quality water. And yet now is a critical moment as Florida's waterways are at risk. We strive to support efforts and involve everyone in the fight for clean water and a brighter future for Florida. 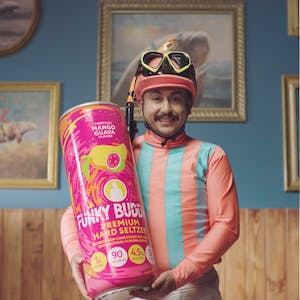 The Manatee Derby is the world’s first competitive sea mammal race for charity. This out-of-the-ordinary digital event premiered on World Oceans Day, June 8th 2021, and raised funds for Save the Manatee Club in what is one of the deadliest years on record for manatees. 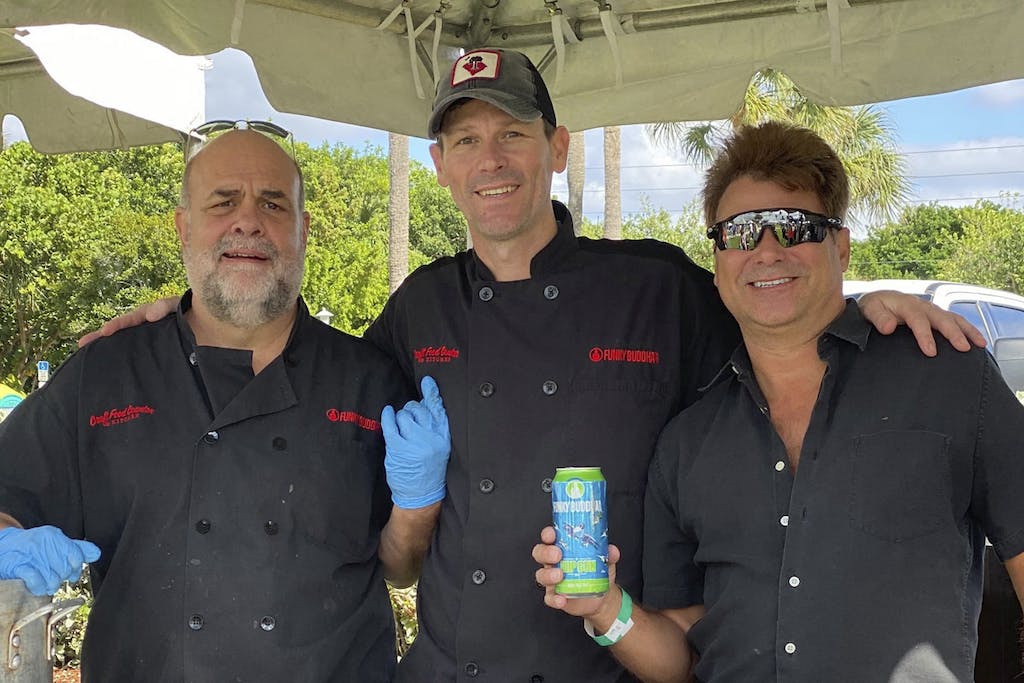 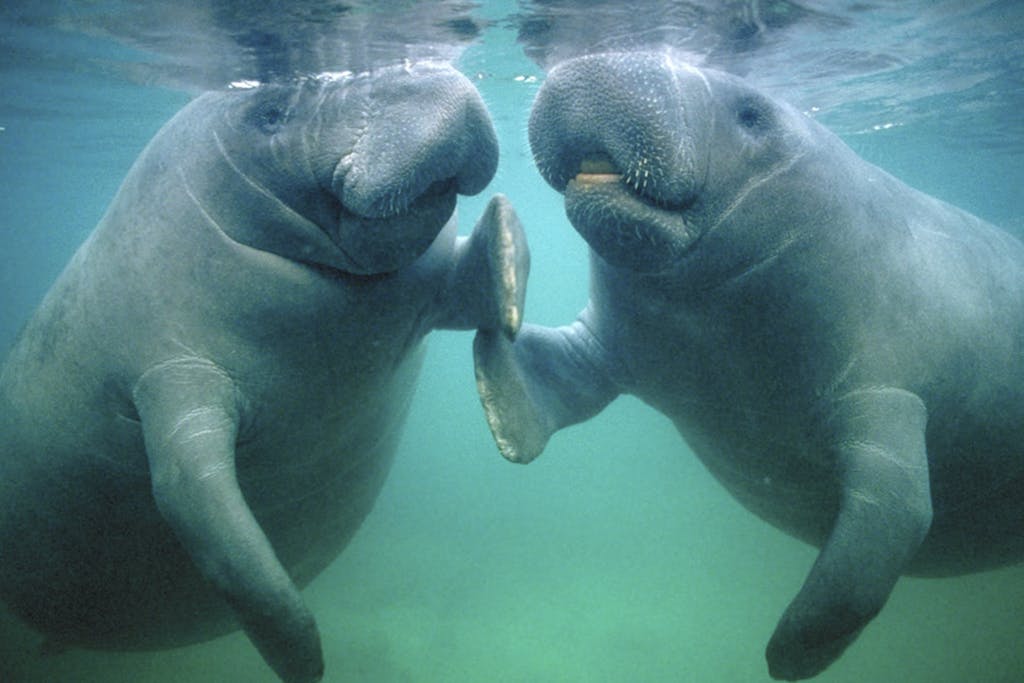 Funky Buddha and Ocean Conservancy partnered on Currents and Coastlines, an event hosted at the brewery to bring awareness to the biggest issues facing Florida’s waterways. 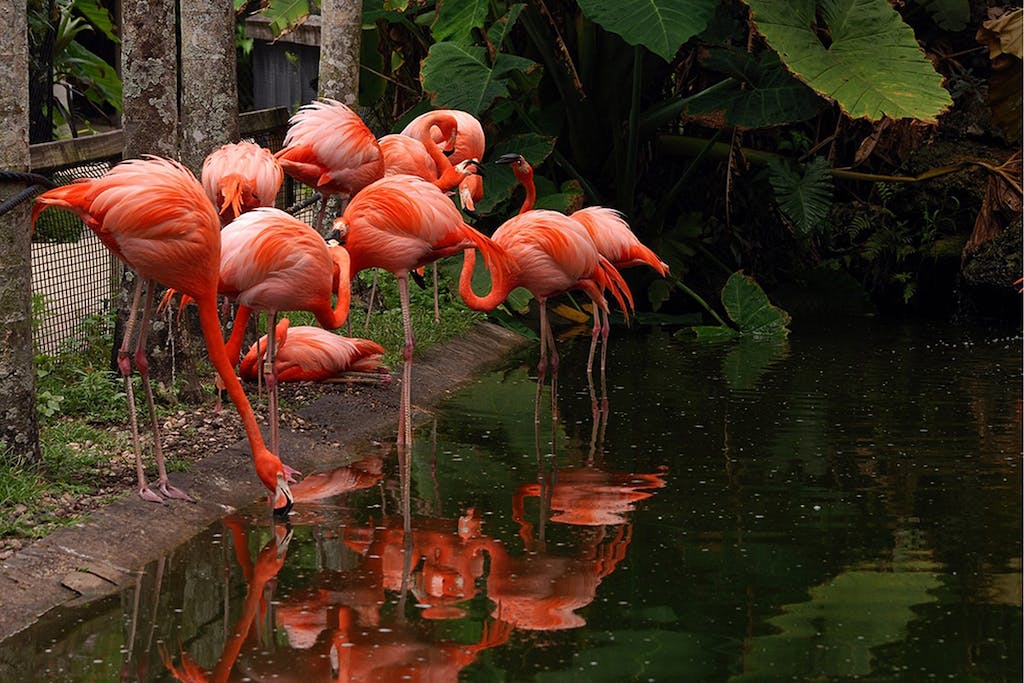 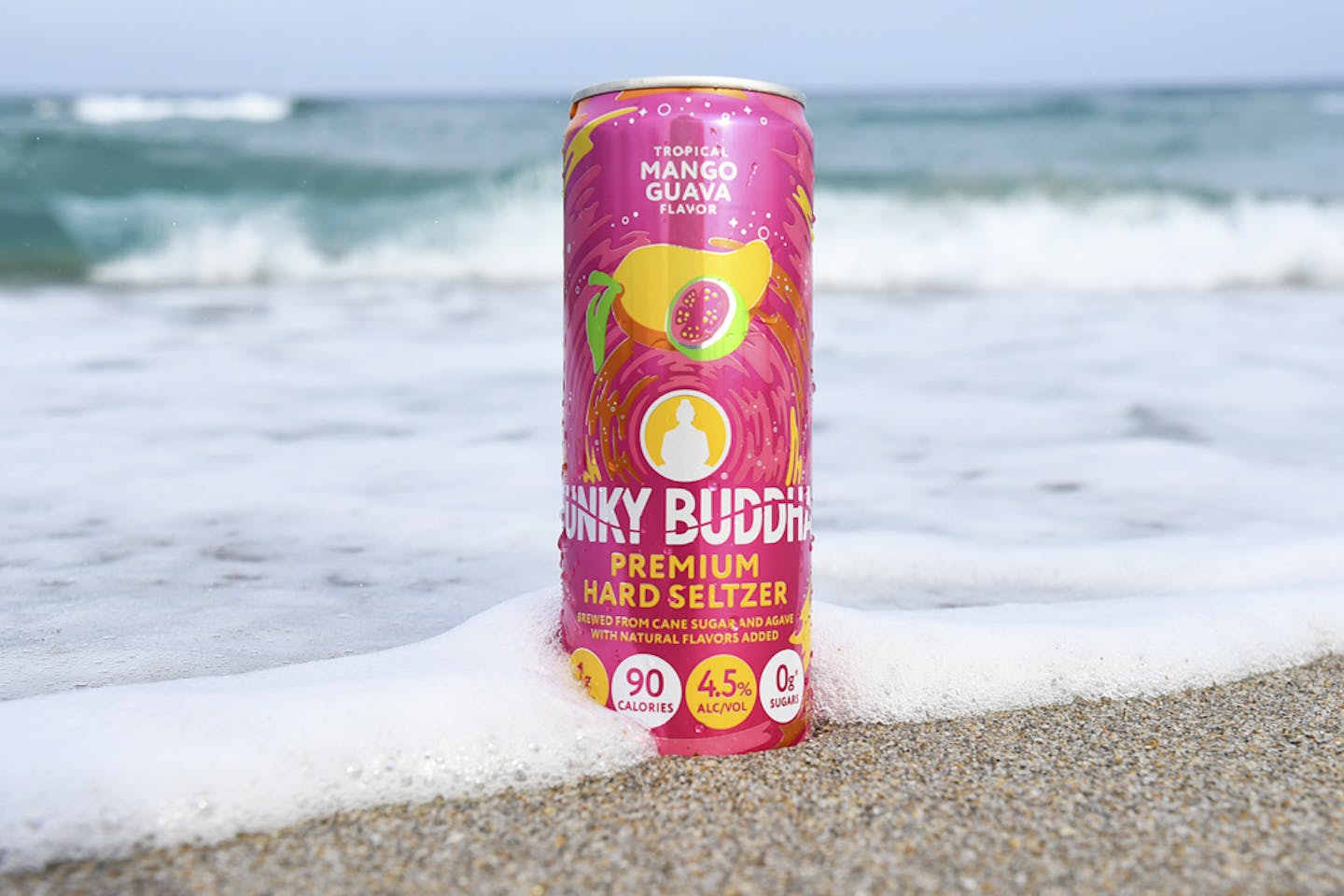 Funky Buddha is equally proud to have supported the following efforts and charities:

Launched in 2010 as the signature initiative of the Miami Dolphins Foundation, the DCC is a way all of us can be Cancer Fighters! 100% of participant-raised funds goes to innovative cancer research at Sylvester Comprehensive Cancer Center. DCC Participants have raised over $32 million dollars! Funky Buddha was a proud beverage sponsor in 2019 and 2020.

The Humane Society of Broward County: Advocating for and improving the lives of animals by providing adoptions, community services, and education.

FLORIDA REBUILDS: AN ALE DEDICATED TO HURRICANE IRMA RELIEF IN THE FLORIDA KEYS 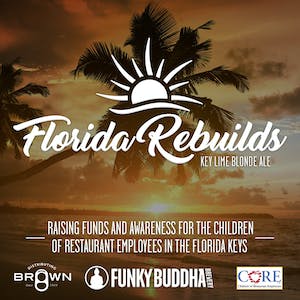 Florida Rebuilds is a project started by Funky Buddha Brewery to bring relief and awareness to Florida Keys-based families in the service industry in the wake of Hurricane Irma by raising over $50,000 for CORE, Children of Restaurant Employees.

Young At Art’s Mission is to enrich our community through artistic, interactive experiences for all ages which inspire creativity and encourage an understanding of the world in which we live. Funky Buddha has been a proud supporter since 2013.

Rotary of Oakland Park & Wilton Manors Foundation, a 501©(3) organization hosts the Doggy Fun Fest and Struttin’ for Strays pet walks. Funky Buddha has been the beverage sponsor for the event since inception.

Blessings in a Backpack

Blessings in a Backpack mobilizes communities, individuals and resources to provide food on the weekends for elementary school children across America who might otherwise go hungry.

Find the Goodness within

Apply for a Funky Buddha sponsorship or donation

To assist us in making our choices about where we donate, we ask that you read the below guidelines for donation and sponsorship and fill out a short form that will tell us more about your event.

DONATION & SPONSORSHIP GUIDELINES
Requests must be received at least 6 weeks prior to the date of the event or date that the donation is needed, though we typically give preference to requests further out.

We typically do not offer cash donations: We largely only approve requests for in-kind donation or sponsorship. If your event requires an entree fee, vendor fee, or sponsorship dollars to be given up front, we will likely decline your request.

We only sponsor events that we are legally allowed to: State law prohibits us from donating beer to unlicensed events. Any charity function held on public property such as a park or museum must have a temporary liquor license designated to the charity by the Florida Department of Business and Professional Regulation (or state equivalent agency) in order for us to participate. Events held in an already licensed premises such as a bar or restaurant must be open to the public and the beer must be furnished free of charge or without implied sale for us to donate. (In the case of the latter, we may still be able to participate in your event if our beer is purchased from a licensed distributor.)

All donations must be associated with a 501c3 non-profit organization, with the majority of proceeds directly benefiting that organization: We require a letter of determination proving 501c3 status as well as a signed letter from a chair of that organization or official receipt stating intent to donate.

Due to the high volume of requests, we decline all requests for sponsorships of the following: Intramural or amateur sports teams or leagues of any kind, golf outings and tournaments, athletes, motorsports, and bands. We also do not participate in sponsorships for schools (excluding collegiate sports with fans of legal drinking age), religious organizations, or any event directly involving the presence of children.

Please fill out the form below and a representative will contact you shortly. Note that due to the volume of requests, it may take 5-10 business days to receive a response.

Thank you for your consideration! 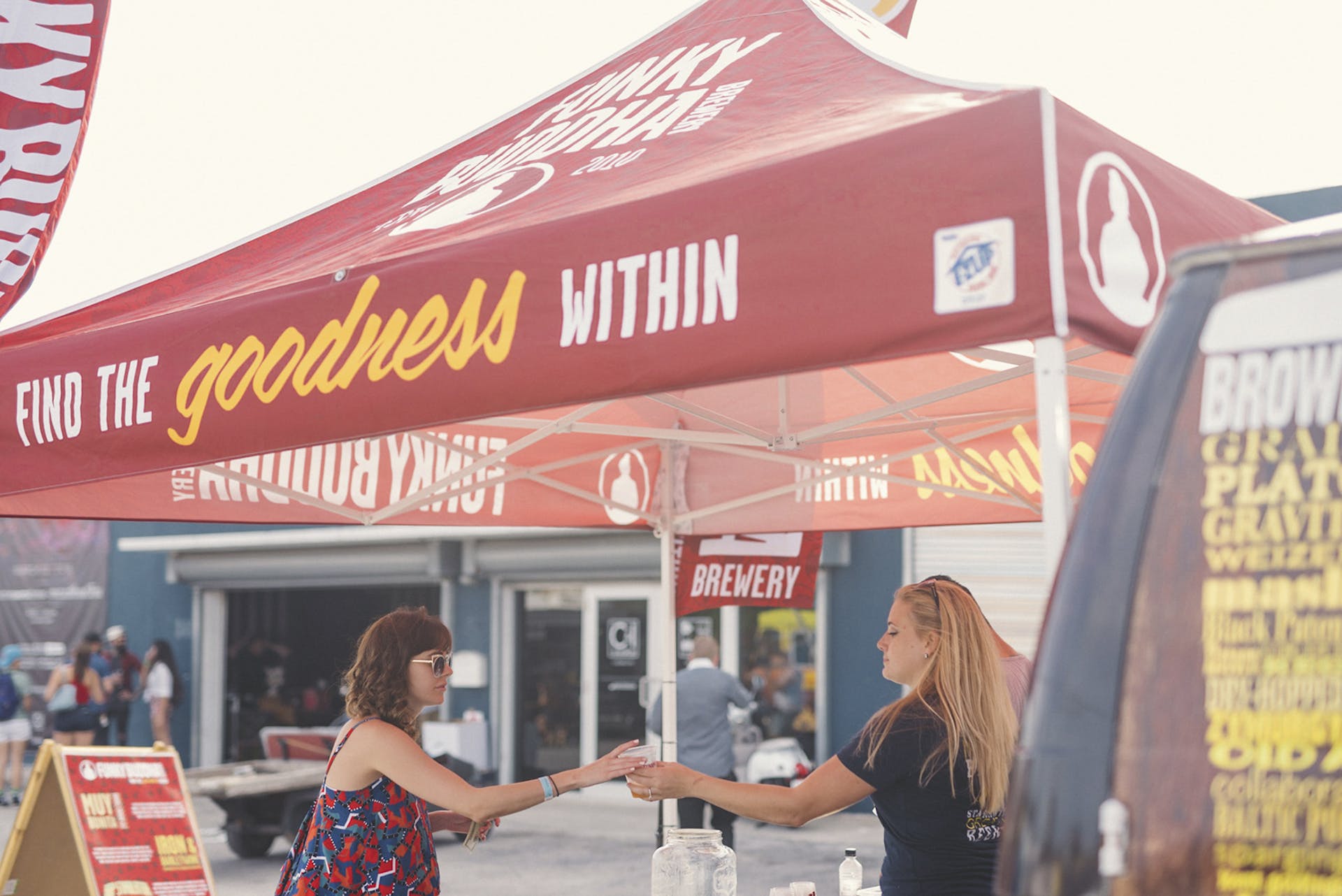